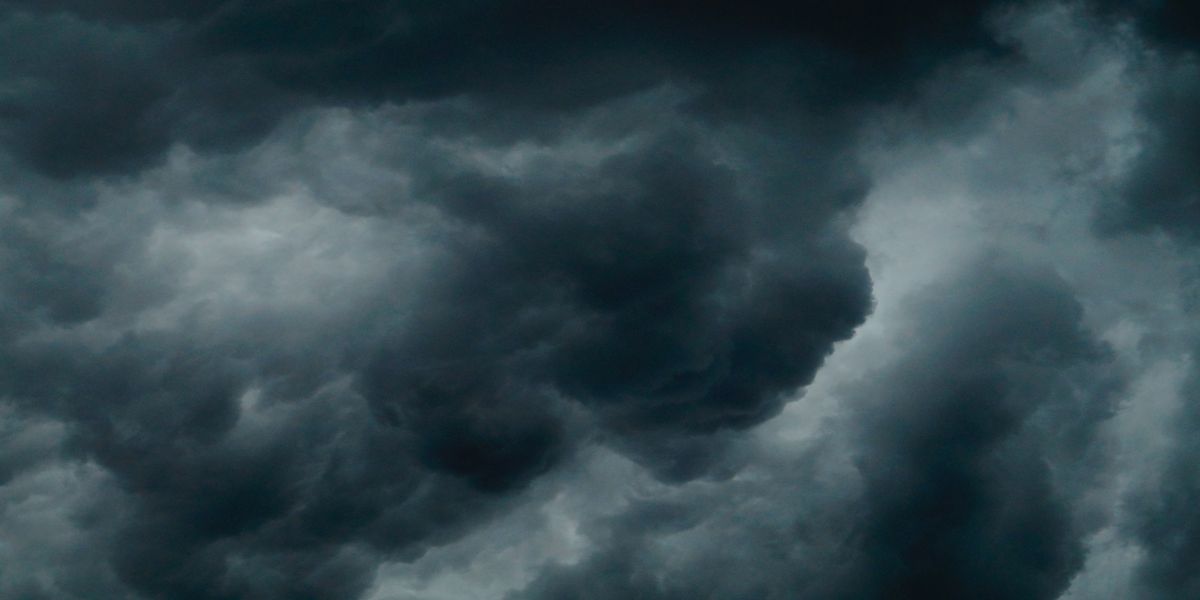 Krista stood in the eye of her own small storm while the wind picked up speed and howled around her. Her eyes were wild, and panic quickly turned to anger. She yelled, “What did you do to me?” The wind quickly picked up speed, sending her hair whipping into her face. Ignoring it, she continued to yell, convinced that Syd had trapped her. “Get back here and face me, coward!”

The wind, which seemed to have a mind of its own, screamed around her, swallowing her words. She was positive the woman that had just left was responsible. Sure, her magic usually didn’t respond the way she thought it should. But it had never done anything of this magnitude before. She only wanted to push Syd with a little puff of air and hopefully watch her fall flat on her face. She deserved it, and it would have been harmless. Mostly. Why hadn’t it worked? Air was usually the one element she could count on. If she didn’t have that, what was left for her? She didn’t know who she was without the magic.

If only she could have mastered spellwork, these things wouldn’t happen to her so often. Her parents never had trouble. It had seemed like they had limitless power at their fingertips. She’d never stopped wishing they had taught her control. Hell, taught her anything. Well, that wasn’t really fair. She had vague memories of lessons, but the more she tried to remember, the harder the memories were to hold on to. If something like this had happened when her parents were still with her, she did not doubt that it would be as easy as a wave of a hand to turn the powerful wind into a soft summer breeze.

Maybe the power she thought she had been born with came from her parents, and the longer they were gone, the more it weakened?

Krista didn’t want to think about that possibility. It had to be Syd. Someone that bubbly and outgoing had to be evil. Not a witch? Who did she think she was interrogating someone she just met, then telling them that everything they ever thought true was, in fact, a lie?

Just thinking about it had Krista’s anger spiking. At the same moment, more dark clouds moved overhead, filling the clear blue sky. They completely blocked out the sun, the only light coming from the flashes of lightning. Krista spun, trying to swallow the panic threatening to choke her, and searched her mind for a way to calm the gathering storm.

The rage that poured through every fiber of her being didn’t chase away the fear gripping her heart. She felt powerless, as if she was spinning out of control. Her magic was failing her even though, deep down, she knew it wasn’t true. It had always been savage and untethered, much like the wild wind flying around her. The harder she fought for control, the worse it got, but she refused to give up. The magic would be hers to control. She would not let it control her. And she definitely wouldn’t let someone else’s magic have power over her.

Her gaze falling on two leaves twirling around the vortex had her mesmerized, and she lost herself as she watched their dance—wild but somehow controlled. Krista felt a longing deep within her core, suddenly wanting nothing more than to leave everything behind and be swept away to follow the leaves in their path through the sky. The air around her stilled, even as the small tornado grew.

She could feel power building. It was unlike anything she’d ever felt, the strength of it threatening to rip her apart. Her vision blurred, and it took everything she had to stay conscious, realizing at last that she was holding her breath. She sucked in huge lungfuls of air, fighting for control, refusing to let anything overpower her. Wrongfully believing that someone else was responsible, instead of acknowledging even the possibility that the magic that came from her belonged to her, she struggled against it. Throwing her arms out to her sides, she flung the energy away from her, sending a shock wave throughout the park.

The few people that remained were thrown off their feet, and Krista realized with a start that they were still in the process of running for cover from the sudden storm. Everything had happened much faster than she realized. She stood shaking with rage and just a little bit of fear, vowing to find Syd and make her pay.

Krista stalked back to her car, ignoring the ring of devastation left from the magical mishap, and climbed in, slamming the door. She sat lost in thought while running over the events of the last few days in her head, trying to make sense of…anything. She should have been able to fight back, and yet, she had let herself get trapped by air. Air was the one element she thought she could own, and someone had used it against her.

Since her parents’ deaths, she’d had nothing but problems. The ghosts that stalked her every step, the spells that never worked…she didn’t understand why it had been so easy when she was a child. Maybe it was just the blurred memories of youth? Or maybe it had been her parents’ guidance that made the difference?

For a long while, she sat ignoring the frantic sounds outside her car, wondering how she had grown up, never questioning anything. Children questioned everything, and it didn’t make any sense that she hadn’t. It was in complete opposition to her personality to just go with the flow. But that was exactly what she had done. She just moved through life, never learning, or even caring, who she really was. Or how to use the power she knew she had. Krista had never even given it much thought, at least not until everything she did seemed to go haywire.

She made a quiet vow to herself that she would find the truth. Slamming her hands on the steering wheel, she started the car and put it into drive. She knew she needed to get her shit together and find somewhere to stay, at least until she decided whether or not she was going to stay in New Orleans.