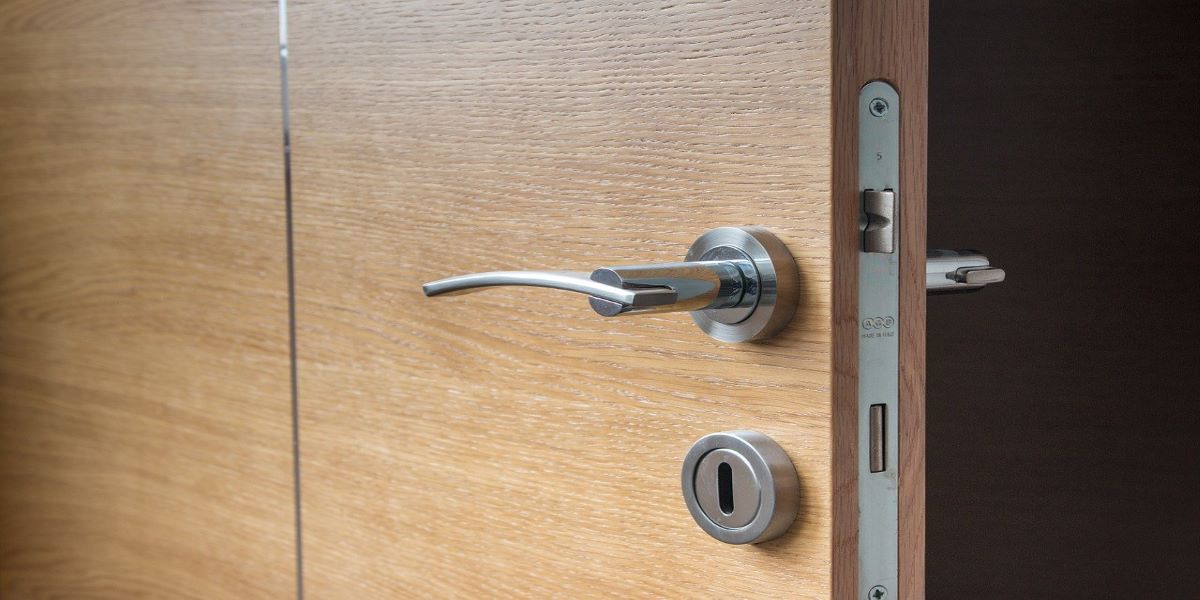 I stormed into the office at Le bar des deux routes, tossing my jacket over the back of my chair. Running my fingers through my raven hair, I paced the floor, trying to calm down. Remy had screwed up another operation, and he didn’t seem upset about it at all. I was questioning the decision to keep him on the team, but that was out of my hands. But I felt it was time that I broached the subject again with the family.

A gentle knock interrupted my pacing. “Come in!”

The door opened, and a face framed with grey curls peeked inside the room. “I take it things did not go well tonight, Sabine?”

She came inside, closed the door, then crossed the room to sit in the chair. “Tell me what happened.”

“Your grandson is what happened!” I yelled. “He is an incompetent…”

My grandmother held up her hand and gave me a stern look. “Don’t even think about saying what I know you want to. I will not have that kind of language in front of me.”

I took a deep breath and sighed. Fleur Sabine Fontenot was not someone you crossed. It didn’t matter if you were family or not. Her word was law. She was a powerful member of our community, a person people came to for advice. She was a powerful ally, but Grandma Fleur could cut you down faster than a butcher could cut meat.

“I’m sorry, Grand-mère. But I’m at my wit’s end with him! He doesn’t take anything seriously. Instead of paying attention to the operation, he was listening to music. Then, before we could capture Samuel, he fell, knocking one of the crystals out of place. Samuel was able to break free, and he took off.”

“Remy fell down? For no reason?”

I ran my fingers through my hair again. “He claims he was shoved from behind, but there’s no way anyone on the team did it. They were all focused on Samuel.”

“Well, Sabine, it’s quite possible that Samuel had a friend lurking around.”

I shook my head. “Jerome was with him. We could have had them both, but Remy blew it.”

“You need to cut your brother some slack, girl. You know how he feels about not being in charge.”

“Yes, I do. That’s why I believe he did this on purpose. He’s trying to make me look bad so that Mother will change her mind and put him in charge.”

“Do you really believe that’s true?” she said gently.

Sighing, I leaned against the wall and crossed my arms. “Honestly? I just don’t know anymore. Maybe this isn’t the right job for him.”

Grandma Fleur tilted her head to one side thoughtfully. “I’ve often thought the same thing. Remy has always been a bit of a free spirit, no pun intended. When he was a teenager, he would spend all of his free time with his father, learning as much as he could about the business. But once your father died, something inside Remy did, too. Sometimes I think it would be better to let Remy go away for a while, kind of like the Amish do with their teenage children. What do they call it?”

“A rumspringa,” I replied. “It’s a chance for them to get a taste of the real world before they come home and settle down in the community.”

“Perhaps we need to let your brother go on his own rumspringa journey, Cajun style, of course.”

I shook my head. “That would leave me short-handed on the team. I can’t afford that right now.”

“You can’t have another botched operation like tonight, either,” she pointed out. “We can always train someone to take Remy’s place while he’s gone.”

“We can’t just train anyone, Grand-mère.”

“I am well aware of that, Sabine LaCroix. Don’t start lecturing me on what we do. I was doing this long before you were a twinkle in your parents’ eyes.”

“Do you have someone in mind?”

“No, but I’ll keep my eye out,” she said, getting to her feet. “I’ll know when the right person comes along. But you should talk to Remy first before we make any final decisions. He’s sitting at the bar having a drink.”

“Could you ask him to come in here, please?”

“Of course,” she replied, coming over and patting my cheek. “You have my fiery temper, Sabine. But you don’t know how to control it very well at times. That can be a strength as well as a weakness. And the enemy exploits our weaknesses. You would do well to remember that.”

I leaned over and kissed her weathered cheek. “Yes, Grand-mère. I’ll do my best.”

She snorted. “You’ve been saying that since you were eight and broke your mother’s favorite crystal dish when she wouldn’t let you have an extra dessert. It’s time you start taking it seriously unless you want to end up like your father.”

My mouth dropped open, and I felt a pain in my heart as she turned and walked out. We rarely talked about the circumstances of Dad’s death. Truth be told, we weren’t sure of all the details. But Grandma Fleur always believed that it had been partially Dad’s fault, although she never specified why. Maybe it was time to do some digging into his murder again.

Remy came in, carrying two glasses. “Hey, sis, Grandma said you wanted to talk to me,” he said, handing one of them to me.

He did what I asked before sitting in the chair previously occupied by Grandma Fleur. “Are you still mad at me?”

“What do you think?” I snapped.

He winced at my tone of voice. “Look, I’m telling you, someone shoved me. You know I would never screw up an operation like that.”

“But you have no idea who did it?” I took a sip of the Brandy Milk Punch he had brought me.

“Remy, do you still enjoy what you do?”

He looked puzzled. “I’m not sure what you mean.”

“Do you enjoy chasing after the spirits, policing the area, the day-to-day operations?”

“Well, it’s okay. I mean, it gets boring sometimes, to be honest.”

I took another drink. “Let me ask you a question. If you weren’t working for me, what would you be doing? What is your dream job?”

Remy took another drink and thought for a moment. “A photographer,” he said. “I’d love to travel and see the natural wonders of the world. Maybe go to France to visit our ancestral home.”

“Wow,” I said, surprised. “That is not the answer I was expecting from you.”

“What did you think I was going to say?”

“I figured you’d want to go to Nashville or L.A. to be a musician. You’re always listening to your music, and I know you’ve been writing some songs. The customers love listening to you when you sing at Open Mic Night.”

“Yeah, I thought about that for a while, but I figured I’d end up waiting tables while trying to make it big. I don’t look good in frilly aprons.”

I rolled my eyes. “So you would prefer to globe-trot, then?”

“Then that’s what you should do.”

“If traveling and taking photos is what you truly want to do, then I think you should do it.”

I nodded. “Your head is always in the clouds, Remy. Your mind isn’t on the job at hand. We can’t afford another mistake like we did tonight. Samuel is going to go underground now, which means we’re going to have to work twice as hard to draw him out.”

“You could just wait him out,” Remy pointed out.

“Yes, that’s true, I could,” I agreed. “But I’ve heard rumblings of something big about to happen, and I would rather resolve the Samuel problem before I tackle whatever is coming down the pipe.”

“How big are we talking here?”

“I’m not sure. I don’t know many details. I’m still working on that. That’s not important right now. I want you to take a leave of absence, for however long you want. While you’re gone, I want you to see the world, but I always want you to think about your future. If working for me isn’t what you want, that’s fine. You need to do what makes you happy.”

“But everyone in the family has always…”

I cut him off. “If the entire family jumped off the Brooklyn Bridge, would you?”

“Then spread your wings and fly, Remy. You’re a liability to me right now. Run wild, run free. Just do it responsibly.”

He got up and hugged me. “Thanks, sis. I appreciate this more than you’ll ever know.”

The look of excitement on his face told me exactly how he felt. “Get out of here, ya big lug. I’ve got a report to write.”

Remy walked to the door and opened it, then turned around. “Sabine?”

“All work and no play makes Sabine a nasty bitch. You need to get away from this place and do something that makes you happy.”

“Do it soon,” he said, “or this place will eat you alive in more ways than one.” He winked and left, closing the door behind him.

Sighing, I sat down, finished off my drink, and turned on the computer. For the next ten minutes, I wrote down what happened earlier that evening. Another knock at the door interrupted me. “I’m busy. Come back later.”

Whoever was on the other side knocked again. “Bugger off! I’m working!”

The only answer was another hard rap on the door. “Oh, for the love of all that is holy!” I said as I got up. Grabbing the doorknob, I turned it and threw the door open. “What in the hell is so important that you have to…”

My eyes widened, and my mouth fell open at the man standing before me. He hadn’t changed in five years. He still had the same chocolate brown glance, the wavy brown hair, and the smile that made his eyes dance. The same man who had left me standing at the altar because he had to chase an important story. It was because of him that I had sworn off men forever.

And now, Matthew Cormier was standing in front of me, and my heart raced at the sight of him.

“It’s good to see you, Sabine. You’re just as beautiful as ever.”

Did he truly believe he could come back and start sweet-talking me again? Aw, hell no.

I pulled my arm back and punched him in the face, sending him flying against the wall. Then I slammed the door and locked it.