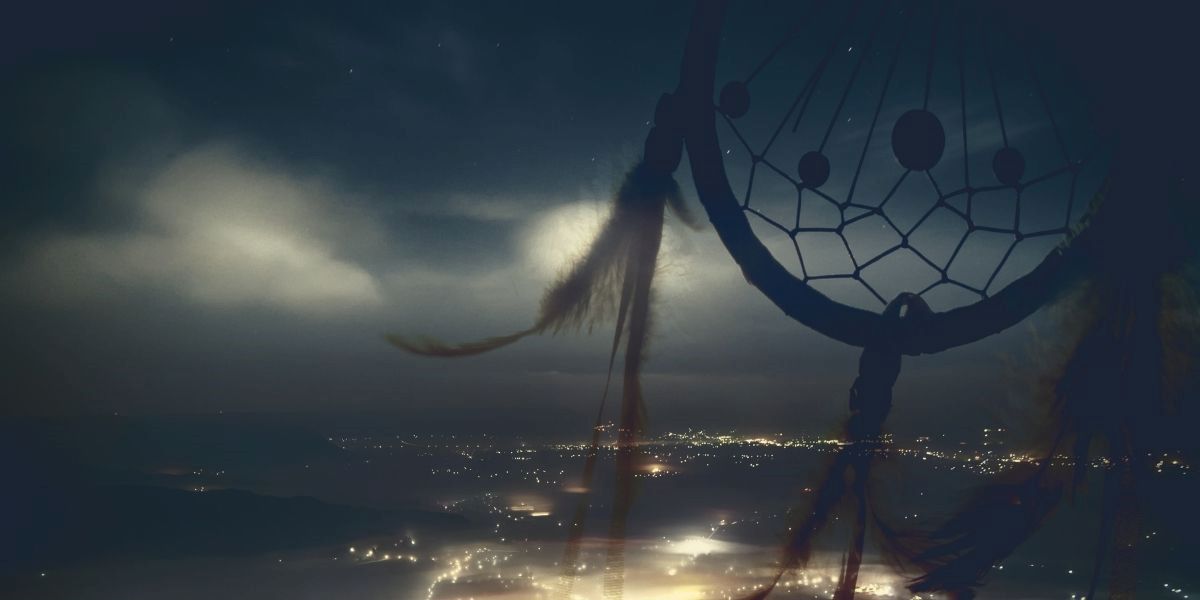 “Well, this is me.” Nick stayed by my side but allowed me to lead the way back to my apartment. The entire way, he made the usual small talk. Where are you from? What brought you to New Orleans? What do you do? I answered the questions in so far as I was comfortable answering them. I tried to keep the subject about the new life that I had just stepped into rather than going into my past. This guy didn’t need to know who I was and where I came from. He just needed to be concerned with who I became.

The Brit didn’t ask questions as I pointed to the building that housed the eventual shop that I would open beneath my new apartment. In a city like this, just about nothing would surprise anyone who seemed as worldly as him. “Wonderful. You’re sure you’re alright?”

“Yeah, I’m fine, but thanks for walking me home. And for, ya know…” I kind of gestured back the way we came. I didn’t know how to describe the incident between the frat boy and us.

“My pleasure.” He beamed as he reached into his back pocket and whipped out his crisp leather wallet. He pulled a card from a pocket and handed the card to me. “If you ever need any more help, please don’t hesitate to give me a call.”

I took the white card stock between my pointer and middle finger, reading over it carefully.

I didn’t know why my eyebrows shot up. That was about the most normal profession someone like Nick could have. “Marriage Counselor and Sexologist,” I mused. “No address?”

“Unfortunately, we’ve had quite a few people come to see me at the center when they have the wrong idea of who I am and what I do. I had to remove the address and withhold it until I can be certain that I am the right person to help them with their problems.”

“I see,” I mused again. I didn’t miss the slight furrow in Nick’s perfectly groomed brows. “What?”

“Most people ask what I mean by people getting the wrong idea. You’re not curious?”

“I never said that,” I said, pocketing the card. “I get the sense that whatever has happened in the past for you has been a bit more on the traumatic side, and I think it’s rude to ask a total stranger about their trauma.”

A sparkling smile spread across Nick’s face. “What a refreshing attitude. Most people want to know all the juicy details. They’re so used to the tabloids and gossip columns telling them everyone else’s business that they assume I’m willing to talk about mine.”

I shrugged. “I’ve never been much of a gossip.”

“Now, why doesn’t that surprise me?” Nick grinned, giving me a smile that I couldn’t quite describe. A crack in his facade? “Anyway, like I said. I’m more than happy to help if you need it. Just call me. I’ll be there.”

“’Night.” I turned on my heel and unlocked the ground-level door. I didn’t give Nick another look as I walked up the stairs.

I lay in bed, my eyes closed but nowhere near falling asleep. True darkness and silence couldn’t happen when you lived in a metropolis like New Orleans. No matter what I did, the street lights still beamed into my studio apartment, and if I could hear the sounds of drunk partiers, I could hear the unresting traffic of the city. There were always brakes screeching, horns honking, and sirens blaring. Closing the windows wasn’t an option unless I wanted to die in this second-floor sauna, so I had to listen to the tempo of the city.

But none of this was the reason I remained awake. I was waiting.

I don’t know how long I waited—it’s not like I could look at my phone and still play the unsuspecting victim. So I had to let time pass unmonitored. I had to keep my breathing steady enough to keep up the charade but not allow myself to be lulled to sleep by my body’s at-rest tempo. It was a lot harder than it sounded, primarily because it was just so boring.

But finally, through the stagnant humidity, a gust of wind blew into my apartment, shaking the flimsy curtains. I kept my body turned toward the wall and focused on my sense of hearing. Even though I couldn’t hear him, see him, or smell him, I knew I had a visitor.

The hand I kept under my pillow to support my head gripped the tangled net that I kept there. I had two more just like it hidden beneath my air mattress just in case. I was ready. I just need to wait for the right opportunity.

That opportunity came when a rough, feverish hand fell to my bare shoulder, gripping it possessively.

The moment contact was made, my visitor froze in place. He was unable to even speak, judging by the shocked and angry grunts. That made it so easy to grab him by the wrist and yank him toward me until he was just close enough. I ripped the dreamcatcher from beneath my pillow, rolled onto my back, and thrust it against Nick’s chest. As I began the protective binding chant, the only fight that Nick would give back to me was in his eyes. I could see the confusion, the anger, and even a touch of fear as the dreamcatcher started burning with power. That power was strong enough to singe its way through his t-shirt until it was directly touching his flesh. His paralyzed throat roared in pain as beads of sweat popped up on his head, dripping onto my face.

I couldn’t let it stop me. I needed to finish what I started. If I didn’t, the consequences were going to be unfathomable.

The wind kicked up outside and whipped around the tiny studio apartment, knocking things over as I continued chanting. I thought I even heard thunder rolling in the distance. The rest of the city probably thought a hurricane was rolling in if they could see what I was seeing.

Sweat beaded on my forehead as I shoved all of my energy into focusing on the task at hand. I had to maintain contact and fight against Nick’s strength. He was trying to push me back and away from him. Our struggle was going to come down to whose will to survive was stronger. Between the two of us, I was fairly certain that I was the only one who had looked death in the face and survived the experience. If that didn’t give me a leg up, nothing would.

After what seemed like ages, I completed my chant, and the dreamcatcher was dissipating from my hand. The energy between us dampened, sending each of us flying to opposite sides of the room. My head cracked against the exposed brick of my studio apartment, and I crashed to the floor. It was going to take time to determine if my headache was caused by the energy I had just exhausted or by a concussion from crashing into the wall. If it weren’t for Nick still being in my apartment, I would have been paranoid about the potential concussion and started giving myself an amateur once over to determine if I was okay.

But Nick was still there. And once the wind had died down, the industrial neon lights came flickering on, he was back on his feet. “What the fuck did you just do?!”

“I protected myself, perv,” I groaned, too tired to match his energy. I heard his hard sole shoes dashing across the floor through the fog of my head. “Nagaashkaa!” The word put a stop to the footsteps, and I breathed a sigh of relief. “Thank fuck.”

“Thank fuck for what? What did you do?!”

I glared up at the intruder from the bar. That charming, put-together facade he had at the bar was well and truly cracked. His hair was  windblown and curled out of his gelled-back pompadour. The front of his t-shirt was singed to shreds, putting the dreamcatcher brand on full display. His face was red and wet from exhaustion and anger, even his English accent had magically disappeared. It was really pleasing to see.

“Depends on who you ask, but here’s the gist. I know what you are.” The angry redness drained from Nick’s face as his eyes went wide. “You’re not the first incubus I’ve had a run-in with. I’ve learned to recognize you assholes on sight.”

“That doesn’t answer my question.”

“The answer to your question is that I have made sure you can’t hurt me.” I pointed to the brand mark on his chest. “As long as that symbol remains on your chest, you have to obey my orders. And only I can remove the symbol.”

All of Nick’s confidence had completely faded from his eyes. I’m sure he expected someone to be terrified that night, but I don’t think he was counting on it being face. That terror made his feet fly as he dashed, not to attack me but to leap out the window. He was making a run for it.

“Nagaashkaa.” Just like the first time, Nick skidded to a halt before he could make his escape.

A moment later, he roared in frustration and whipped around, yelling, “What the fuck do you keep saying?!”

“Stop moving or halt,” I said matter-of-factly. The explanation clarified nothing for Nick if the indignant furrow in his brow was an indication. “I told you. So long as that symbol is on your chest, you have to obey my orders.”

“Take this off of me right now,” he demanded.

“Namadabi.” The flat order took Nick to his ass. “Niibawi.” He hopped back up to his feet. “Niimi.” His hips started thrusting rhythmically like he was dancing back at the bar where I’d met him. “Nagaashka.” All of his movement stopped, though he stumbled on his feet, trying to catch his brain up with everything that had just happened.

I held my hands up, letting Nick know I would not continue to abuse the power of my mark. It was probably safer that way. Even I didn’t know how limited this binding was. There was no way I was going to be able to tell him to do anythingI wanted. Whatever was in the realm of possibility was going to be further limited by the fact that I had never done this before. Chances were, I made a rookie mistake somewhere along the line and left a loophole. For now, pretend like you can do anything. The longer he thinks that this is unlimited, the better. “Why?”

“I have a goal to accomplish while I’m here, and you’re going to help me accomplish it.”

Nick’s brow furrow was one of confusion this time. “Research?”

I walked straight up to Nick, intimidating him. The power that my mark gave me took away years of paranoia and anxiety, allowing me to look the human embodiment of my trauma right in the face. I didn’t stop moving until I was nose to nose with Nick. He didn’t back away, but I could tell my bravery shocked him. “How do I kill an incubus?”