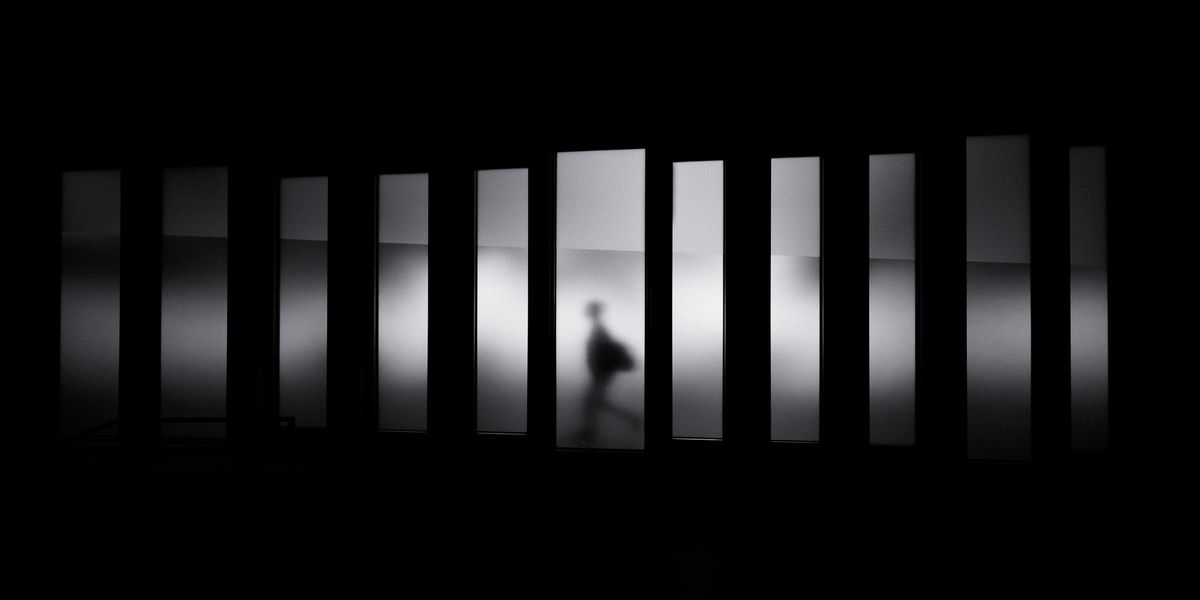 It was the night of the new moon, the night at its darkest. The wind howled, sharing the pain of the children of the city. They were born of the Crescent, but lost and searching for a way out…or a way in. They were desperate to find the power hidden within themselves and the fertile soil that gave them life.

Krista slept fitfully. Her dreams filled with cries and terror. The fear didn’t come from her own heart, but from the hearts of those who were lost and needed help, needed her.

The journey to find her own power and unlock the part of herself that had been trapped had blocked out the cries of those who searched for people like her—the ones that could hear, see, and feel the needs of the others. Krista might not be wholly there yet, but the genuinely desperate didn’t care if she was ready. They needed her because she was enough, even if she didn’t know it yet.

Krista fought the dreams that plagued her sleep, but they pulled her under and held her. Ever since she unlocked her true power, she had an increasingly hard time avoiding the nightmares, and tonight was no different. She tried to fight her way free, but it was like finding yourself deep underwater with no way to tell which way was up.

Krista struggled and fought the blankets holding her down, thinking them hands and ropes. Finally, the blankets gave way, and she bolted upright, shocked out of sleep. She searched the dark room, her eyes wild, looking for a threat. Finding none, she relaxed back onto her pillow.

“Get up, now!” the voice screeched in her ear.

She threw up her hands, whirling and lashing out without thought, throwing her power at the mysterious person. It blew right through him, and he crossed his arms in annoyance. The old man, almost corporeal now, stood glaring at her.

“You’re wasting time! Stop this nonsense and get up. She needs you. Now!”

“Stop yelling at me!” Krista demanded. After rubbing the sleep from her eyes, she realized the man who’d yelled at her was a ghost. She groaned, “Not again.”

“You cannot ignore this. You are needed, and you have taken enough time. You have replenished the well, and it is time for you to do what you were brought here to do.” The man stretched a boney arm out and pointed toward the door. He looked to have been at least ninety, and his face was set in a permanent scowl.

She watched him and sighed, knowing from experience that he wouldn’t leave her alone until she did as he asked. “Fine. I’m getting up.” After quickly pulling on sweats and a tank top, she yanked open her door and stomped out, slamming it behind her.

“Okay, now what?” she asked once she was standing on the sidewalk. It was late enough that the streets were mostly empty, just a few hardcore partiers staggering home.

The ghost hovered next to her, silent.

“You wake me up and yell at me, force me out of bed, and then give me the silent treatment? That’s just great. And typical. I knew it was too good to be true. Why can’t you spirits ever rest?” Krista muttered to herself as she walked, ignoring the apparition following behind her.

She continued to walk and mutter to herself, with no clear destination in mind. Anger at the spirits’ constant presence in her life overrode her thoughts. She didn’t realize how long she’d been walking or that the pesky ghost that had woken her with such urgency had disappeared somewhere along the way.

She stopped abruptly, taking in her surroundings. Not knowing exactly where she was or what she was supposed to be doing, she tried to get her bearings. “And now I’m lost. That’s just great.” She patted her hip and sighed in exasperation. “Of course, I forgot to grab my phone.”

Just as she was about to turn around and try to backtrack the way she’d come, she heard a rustling sound. Krista froze, every fiber of her being screaming at her to follow the sound. Common sense told her to go home and stop doing whatever the undead asked of her. She’d learned her lesson time and time again, but for some reason, when the ghostly voices called, she answered. Mostly because they wouldn’t leave and hounded her until she did what they wanted. So, most of the time, she figured she’d save herself at least some of the aggravation and just get it over with.

She heard a faint scuffling sound again, and almost without conscious thought, she found herself tiptoeing in the direction of the noise. The street was quiet, and the sun was just starting to peek over the horizon, so she could see clearly. She was almost certain the sound was coming from behind a row of trash cans lined up along a fence ahead of her.

Walking as silently as she could, she crept over and peered behind the cans. A pair of terrified blue eyes stared out at her.

The girl whimpered and scooted further back, trying to hide in the shadows. “Please don’t kill me,” she begged.

Krista crouched and said softly, “Hey, I won’t hurt you. It’s okay. You can come out.”

“You’re one of them. I know they sent you to kill me.” The girl’s whimpers turned to sobs that tore at Krista’s heart.

“I would never! I won’t hurt you! I promise!” Krista insisted.

The girl only cried harder, ignoring her words.

Unable to stand by and watch, Krista pushed the trash cans aside and pulled the girl into her arms. She struggled as if fighting for her life, but Krista held tight, murmuring soft words and promises that everything would be alright.

Eventually, her cries slowed, and she sniffed, her body relaxing. “Why are you doing this?” the girl asked, pulling away to peer into Krista’s eyes. “I know you were sent to kill me.” She stood, her small shoulders slumped. “Just do it. I’m tired of running.”

“No! I wasn’t sent to kill you!” Krista paused. She was sent, but surely it wasn’t to kill anyone. The girl was petite, wearing worn jeans and a dirty shirt.

“I know you’re one of them.” She practically spit out the last word.

“I’m not one of anyone. I just want to help you,” Krista said, finding she meant the words. She wanted to help this girl, needed to. She took a closer look and realized the girl was older than she thought, maybe early twenties, but she had a childlike quality that made her seem much younger.

“I know how you feel about my kind. Why would you want to help me? You all want me dead.” The girl’s words sounded defiant, but hope filled her eyes.

“I don’t know what you mean. What is your kind?” Krista didn’t see anything abnormal about the girl, other than that she was dirty and seemed small for her age. It was possible she was younger than she looked, but not by much.

The girl cocked her head. “You really don’t know, do you?” Her eyes flashed with an eerie light, and for the first time, Krista felt power radiating from her.

“What are you?” Krista asked hesitantly.

Lifting her chin, the girl replied, “I’m a dhampir.”