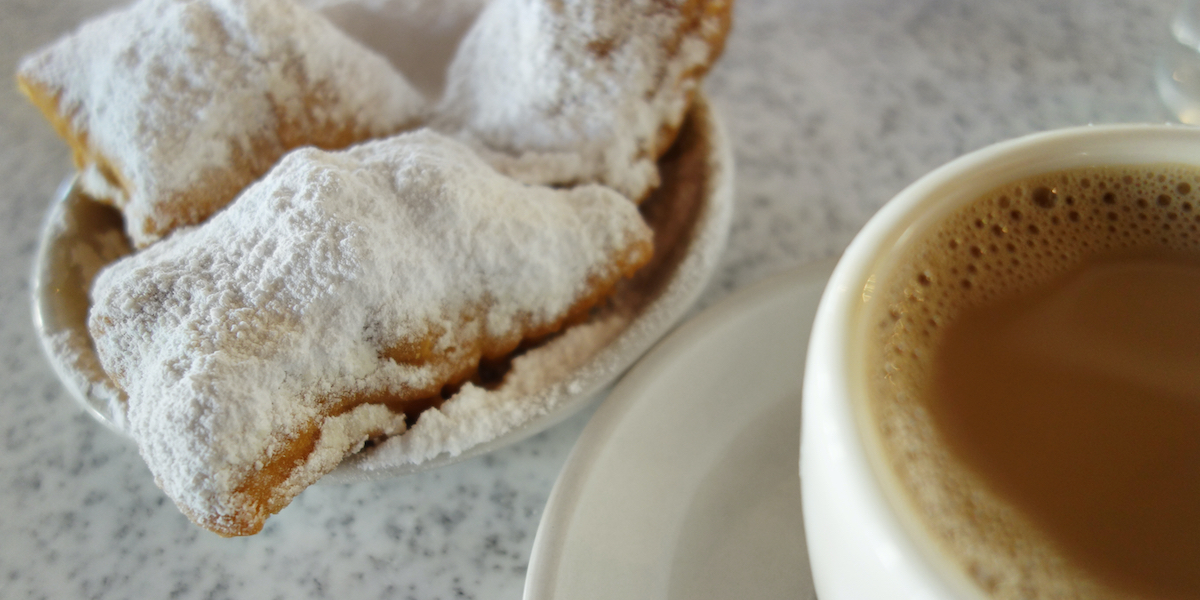 My eyes flew open even as I spun out of bed. My heart pounded as I looked around the room, seeking the danger I felt lurking in the darkness. Adélaïde creaked around me. Great, I was scaring the house. My gaze swung to my phone. I picked it up, checking the time. I sat back down on the edge of my bed and pressed the contact at the top of my list. It was 5:30 AM, way too early for my liking, but Maggie needed me. I knew it beyond doubt. The knowledge was born from a connection that went beyond friendship or even blood.

A grin played on my lips as I ended the call, hanging up before Maggie could protest further. I pulled on a pair of jeans and a white button-up blouse. I had told Maggie to meet me at Cafe du Monde at 6:30. That gave me 45 minutes to get ready and walk there. Maggie had tried to back out. I knew she would. She was not a fan of people, and for good reason, but she was a fan of me. Add in the Book of Tears teaser I had dangled before her, and I knew she would show.

I stepped into the bathroom to brush my teeth and sighed at the state of my curls. It seemed they were in an unruly mood I tried to sort them into some kind of order with my fingers. I finally gave up with a shrug and left them to their wild ways. On my way out of my bedroom, I grabbed my phone and some cash. I tucked both into my back pocket before skipping down the stairs. I slipped on my chucks and stepped out into the fresh air around Adélaïde.

I quietly made my way up the steps, the door at the top opening at my approach. I did a quick scan of Carnal Play, locating every being within. I could feel the gargoyles scattered throughout the building and perched on the roof. Damas glowed brightly in my mind’s eye, his presence somehow both infuriating and comforting. Mad Dawg, who ran the oyster bar, was already in and seemed to be accepting a delivery.

I worried my lower lip, knowing I should call for a security team. But just the thought had images of blood and gore flashing through my mind. People I had come to know and like, dead at my feet. People I had trusted, and rightly so, because they had given their lives for mine. I locked the memories away, still not ready to deal with them. I didn’t have much time, and I was just going to the cafe. Maggie and I did this at least once a week, and it was early. I would be fine.

Just as I ducked out the side door, I felt Adélaïde send a pulse through the building. I ignored it and hurried along the sidewalk, the sunrise just beginning to lighten the horizon. I knew the moment I was out of reach of Carnal Play. It was as if a heavy, wet wool blanket fell over my senses.

The streets were not empty despite the early morning. It was a fascinating mix of people at this time of the day. Some were making the obvious walk of shame. Some were headed to work. Others were out for a run, while there were those that were hunting prey in the predawn. I moved through it all, staying alert. I savored both the beauty and the danger of my city. Her wildness echoed in me. New Orleans never claimed to be just one thing. She was, quite literally, multi-dimensional.

The scent of Cafe du Monde reached me, and I inhaled deeply. I couldn’t yet see it, but the smell was a lure. I came around the corner, heading for the lights and the familiar green and white striped awning. I stepped inside and greeted the waitress as she approached me. “Good morning, Erin.”

“They are well, thank you. Happy as can be out in the big house,” I said with a smile.

Erin laughed. “I bet they are. I don’t know why anyone would want to live out there with the gators. But to each their own. You let them know I said hi. Is Maggie joining you this morning?”

Erin chattered as she led me outside to our usual spot along the railing. Maggie and I liked to be able to watch the comings and goings without being confined in the middle of the room. I ordered three doughnuts and two cafe au lait. It wasn’t busy yet. Only a few tables were occupied, but give it a couple of hours, and the place would be swarming with tourists. For now, it was just those of us that savored the early morning comfort of a favorite local cafe.

Worry for Maggie continued to nag at me. She had always had her demons, but there was something bigger coming at her, and I was afraid that it already had her in its sights. I had a feeling it had to do with this lead on the Book of Tears. That nasty grimoire had resurfaced, and some idiot was using it. Whoever it was obviously had no idea they were messing with the equivalent of a magickal nuke.

Erin brought out our order, setting the two cups of creamy coffee on the table and placing the beignets in the middle. “Will Maggie be here soon? I don’t want her coffee to get cold,” Erin asked with motherly concern.

“She will. It will be fine. She is close,” I said, wrapping my hands around my cup.

“Okay, let me know if you need anything else.”

I lifted the cup and took a sip, unable to keep my eyes from closing as I moaned in bliss. There is something about that first taste, and it is even better when it is this coffee. When I lifted my lashes, it was to see a man at a nearby table watching me. His cup hovered halfway between his mouth and the table as he stared with hunger in his eyes. I smiled at him, winking flirtatiously before slowly licking my lower lip. He swallowed hard and shifted in his seat. I chuckled, turning back to my coffee.

I sipped at my coffee and people-watched as I waited for Maggie. Although everything was dulled and I could no longer access my power, I could still see the beings of the Source, their true forms visible through their glamour. I saw their eyes’ fluoresce, smelled their unique scents, and detected the colorful auras as they passed by. I met their gazes and looked my fill. I was not challenging them, just letting them know I saw them.

I checked the time again and considered the beignets, not wanting them to get cold. I had just reached for the one closest to me, heaped with powdered sugar, when I felt the unique and beloved touch of faekin magic slide over my senses. Maggie registered as the touch of moonbeams and the scent of night jasmine. I lifted one foot and pushed at the seat of the chair across for me, just as a pale, slender arm reached over my shoulder and snagged the beignet I had already mentally claimed as mine.

“Hey! That one was mine. Give it back, Maggie!” Maggie plunked down into the chair I had just pushed out for her and grinned as she took a big bite of my doughnut. I growled at her and narrowed my eyes. “I hope that your coffee is cold and you get powdered sugar in your bra!”

Jaxxon is voiced by Aisling MacKay. Aisling is excited by the written word, gets giddy over learning something new, and has an unholy passion for coffee. She loves editing and helping authors get their stories told.

And sometimes she writes.

A board member and Managing Editor for Rewritten Realms.