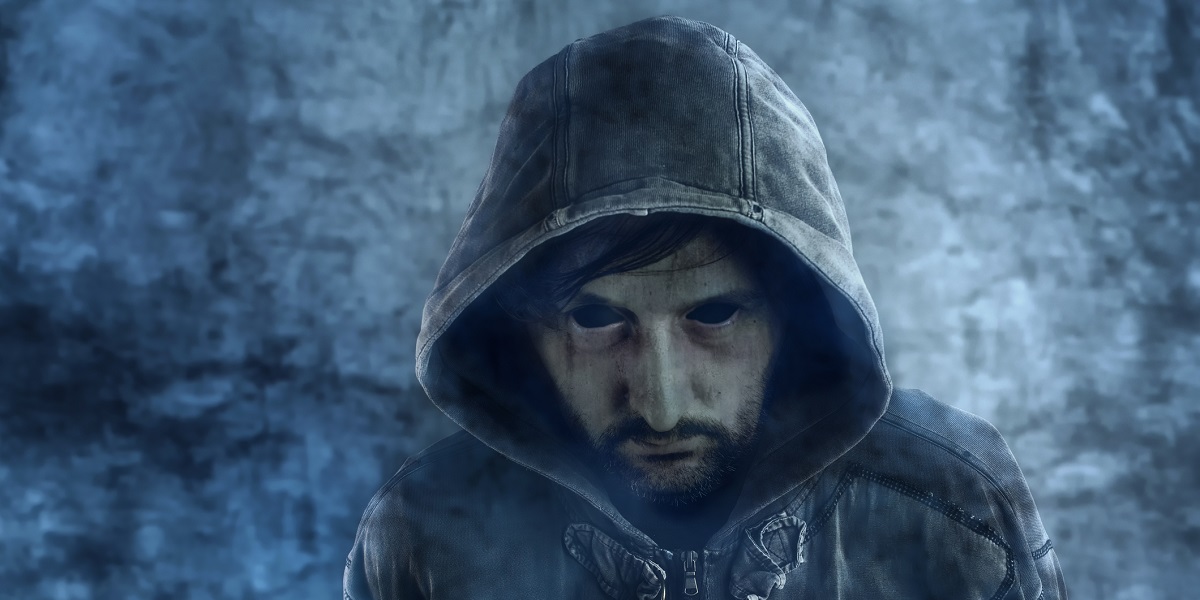 The sun was still high in the sky when I pulled up to the Stanley farm. The place was quite unimpressive, to be honest. The main property must have been built over a century ago, and it showed. The original owners must have lived with well water and oil lamps, but I guess some people would call that retro or quaint. There were signs of renovation, but the project looked to have a long way to go.

A small distance from the house lay a two-story barn that actually was in better shape than the house. Either the barn was a newer addition, or someone cared for the livestock more than the humans. The pen attached to the barn was also pretty new, but the three cows that it housed had seen better days.

There were no vehicles parked on the property, and there was no activity anywhere save for the random tail whipping from one of the cows. I made my way to the house and climbed up the creaky steps to the front porch. I rang the doorbell a few times, but I didn’t hear a chime or buzz, so I assumed it was broken and knocked on the door as well. After some time and some more knocking, I gave up and decided to walk around and see what I could see.

The front porch was more like a wrap-around balcony, but I decided to investigate the house from the ground. The boards were old and noisy, and I wanted to go unnoticed. Knocking on the front door was one thing, but snooping around someone’s house should be more incognito. A quick walk around the building gave me the feeling that it was abandoned or that it was a trap waiting to be sprung. While the front of the house looked normal, all the windows around the sides and the back were boarded up.

Choosing to ignore the trap, I quietly made my way to the barn. And fell right into the trap. Four steps past the massive double doors, a flash of light blinded me and the back of my head felt like it was exploding. I heard a giggle behind me as I fell to my knees, and everything tilted in my blurred vision. The urge to vomit was almost unbearable as I fought to stay conscious.

Laughter pierced the fog as I struggled to get back on my feet. I shook my head, slowly adjusting as the world finally stopped spinning. I looked up at my three assailants. One was spinning a chain menacingly, one a pitchfork, and the third held the shovel that they’d already introduced to the back of my head. More menacing than the weapons they were brandishing were their eyes.

Instead of irises, I was looking back at three pairs of eyes that were black as coals. Fucking hell. Demons. I crouched into a defense position, waiting for the oncoming attack, but it didn’t come. Instead, they just stood there, sneering and sizing me up, which I found out of character. Then the one in the middle, apparently the leader of the group, had something to say. But as he opened his mouth to speak, I raised my hand and shook my head slowly, and it snapped shut again.

“For fuck’s sake, don’t you even think about going on a typical antagonist speech about how doomed I am and how you’re planning on torturing me and causing me pain because I simply won’t have it. From the looks of it, you blokes came here to fight, not talk, so let’s just get on with it, shall we?”

The trio stood there dumbfounded, which was just fine by me. Their indecisiveness gave me even more time to recuperate. It also gave me more time to study my enemy. Their eyes were a common demonic trait, but they were missing many others, no sunken eyes, no malformations, no thin-tight skin. These were not demons but tainted, human demon worshippers that were given a boon for their servitude.

To me, tainted were more of an abomination than demons were. They were traitors to their own making. They were also a lot easier to dispatch. Maybe a little faster or stronger than a regular person, but nowhere near as powerful as an actual demon. While keeping one hand in the air, I clutched at the fistful of sand I had picked up in my other hand when I went down. My knees were bent, and my toes were dug in, ready to pounce at the first opportunity.

I stood there and smiled as big as I could, and that gave me the opportunity just then. The three tainted looked at each other, and their muscles relaxed just a touch as the leader broke into a laugh. If there was a chance to take, it was this one. I sprung to action with as much speed as I could muster.

I tossed the sand at the leader, catching him squarely in the face and sending him stumbling backward, blinded and sputtering. In the meantime, three quick strides got me face to face with the tainted that hit me. Crossing my arms, I grabbed at the shovel and uncrossed with all my might, twisting his arms and making him lose his grip. The shovel was re-introduced to the tainted in the form of the handle hitting the bridge of his nose. It snapped his head back, and a quick reversal brought the head of the shovel to his left knee. With a loud snap and a howl, down he went.

Without looking, I tipped the head of the shovel down, letting the weight slide down my hands to the end, and swung as hard as I could, aiming from memory. The thud was dull but loud as the shovelhead slammed into the leader’s chest, setting him off his feet. He fell back on his head and neck hard enough to get knocked out. That was two down, one to go.

The element of surprise now completely gone, I inched toward my would-be assailant. He knew he was no longer the hunter but the hunted, and it was written on his face that he was not comfortable with that. His movements wavered, and he almost lost the momentum of the swinging chain.

I twirled the shovel before me, trying to push the psychological advantage. “You can drop the chain and run. I promise not to hunt you down. Today. It’s a one-time offer.”

The tainted spat on the ground before me and snarled. “Big words from somebody that’s dead but don’t even know it yet. You’re breathing on borrowed time, fuckface!”

There was no need for a snappy comeback as the last tainted charged at me, chain swinging high. He was a few inches taller than I, so the force of that chain swinging down would be deadly. I needed to use my quickness. I moved my right foot out, planted it firmly on the ground, and shifted my body weight onto it. Noticing the movement and anticipating my direction, he shifted to his left and brought the chain down hard, hitting the ground with a thud as I pushed away with my right foot and hopped to my left instead.

With his body overextended in the strike and the chain no longer swinging menacingly, I jumped back in and pressed the advantage. A swift low kick to the calf of his front leg pushed it even farther out, compromising his balance. He was set up perfectly for a nice stiff kick to the bollocks. But I was enjoying the melee practice and didn’t want it to end like that.

Instead, I planted the shovel behind his back leg and drove my left shoulder into his ribs. Out of balance and out of breath, he crumpled to the ground, gasping for air. A swift kick to the face and he was out, dreaming whatever demons dream in their sleep. I bent down and tore the chain from his hand before making my way back to the tainted that had initially hit me with the shovel.

Seeing me walking toward him, the tainted forgot all about clutching his shattered knee and tried using his arms to scoot away from me as best he could. Had his eyes not been completely black orbs, I would definitely read the terror in them.

“P-p-please! No more. I was…I was just following orders. I’m nobody. Don’t hurt me anymore.”

“The way I see it, you have two choices in the matter. Either you rescind the dark gift given to you, never to return to its ways. Or I use this shovel like a cricket bat on your head, as you did to me. Then I tie you up and yank the dark gift out myself. In the most painful ways possible.”

“No! No more, please. I don’t want trouble anymore!”

With a groan and a hiss, the demon’s face screwed to a visage of pure hate. “This is only the beginning. You have no idea what’s coming for you.”

I faked a lunge at the tainted, and he fell on his back with a yelp. Knowing that I called his bluff, he just lay there for a few seconds. Then his chest shot up, and his body tensed as a growl formed deep within. His eyes flew open, and the growl grew deeper. Every fiber in his body was locked up as his eyes slowly started turning from black orbs to grey, then milky white. A few seconds later, the scream finally died on his lips as his whole body went limp.

I knelt next to the body and checked for a pulse. It was weak, but it was there. I lifted one of the closed eyelids with my thumb and saw a brown iris staring out into nothing. I set the shovel next to him, knowing that he’d need some sort of a crutch to stand, and turned away.

I walked to whom I assumed to be the leader and kicked the pitchfork away. He was still unconscious, so I picked him up in a fireman’s carry and took him to the camper. I sat him by the table, laid his head on it as I handcuffed his hands around the table’s base. Then I went back for the remaining tainted and did the same thing, situating him across the other side of the table. I double-checked my handiwork, making sure there would be no surprises, and clapped my hands together a few times as if dusting them off. With a crooked smile, I locked the trailer, got in my truck, and drove away.

As I headed back on the highway heading south, I mumbled to myself, “If I’m going to drive a million miles, I might as well have some entertainment for the trip.”