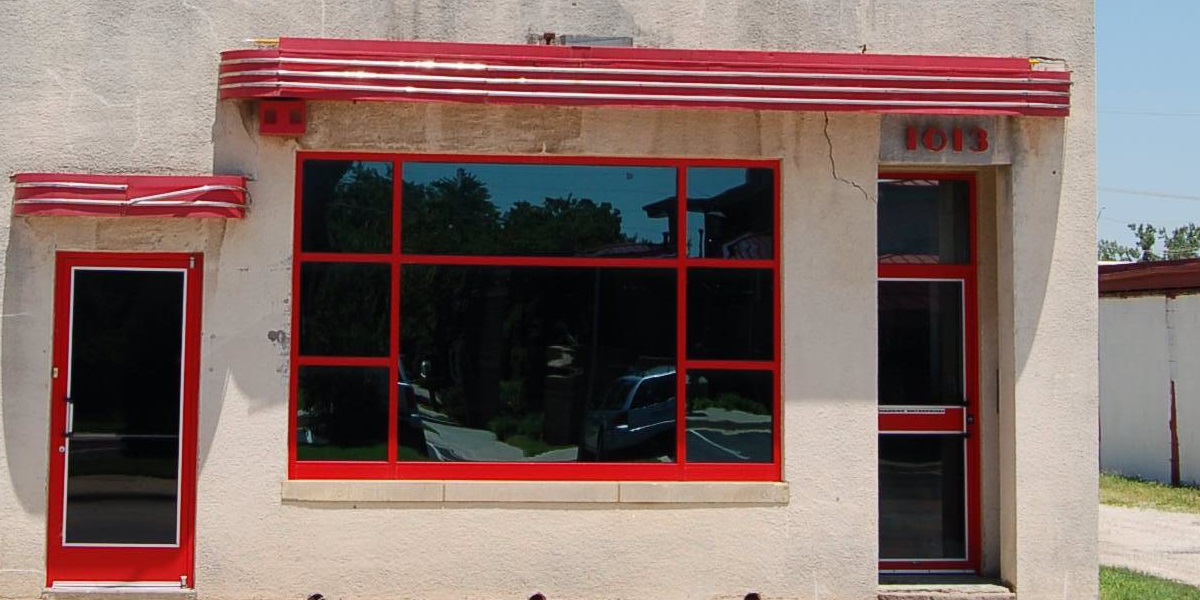 When the time came to decide where in the US to work, I initially thought of picking one of the many bustling cities along the east coast. The idea was to concentrate on one area and still be within a relatively close flight back home if needed. Then, as I was looking at the map of the United States, I got cocky and bolloxed it up. Why concentrate on one area when I can help everyone? It was a noble idea, but a very stupid one.

Studying the map, I looked for a place closer to the center of this massive country. As I zoomed in, my eyes focused on Kansas. It was an almost perfect rectangle placed almost perfectly in the middle of the nation. This area looked to be exactly what I had in mind.

When I looked a bit closer, though, something else caught my eye. Half of Oklahoma, which was right below Kansas, was divided into three areas. Cherokee Nation, Chickasaw Nation, and Choctaw Nation. What was this? I zoomed in again, and the Muscogee Nation and Osage Reservation popped up. And placed in the midst of them all, a city named Tulsa.

I knew just then that this was the place for me. My first exposure to Native Americans was when I was eleven. Grandfather had me reading The Last of the Mohicans along with a grueling eight-week practice course with spears and hatchets. The book was brilliant, and I was instantly hooked. I could not get enough, so I kept reading whatever I could find. I was fascinated with their way of life and often fancied myself as one of them.

Of course, my way of life was very different from theirs, what with being part of what my father would say was a proper English family of status. Others would say that I was born with a silver spoon in my mouth. They would be correct, and I don’t deny that at all. I was never at a shortage of what I needed to survive and thrive. What I wanted was a separate matter altogether, but I shan’t dwell on that matter.

There were so many other things I could relate to within the Native American culture. Their nobility and determination were beyond compare. I studied the trials and tribulations that the people had to endure over the years and it was heartbreaking. From day one, they were pushed both physically and metaphorically, yet they persevered. Some faltered, sure, but their spirit was never broken. How do you not admire that kind of strength?

But what really captivated me most about Native Americans is the duality in their nature. Like every other person, they lived in the now with all the accommodations the present has to offer. At the same time, they’ve always had a firm hold in the past and the old ways, and I admired that very much. Their customs and practices went back hundreds of years, and they remained pure to those old ways.

That sense of being deeply rooted in the past came with some unexpected benefits. Being exposed to the mysticism of the past acts like a bulwark to the paranormal. Shamanism keeps the spirit clean and the mind open and centered. That natural defense was priceless to the world I live in. I very much identified with that way of life. It was something my father never cared for, you see.

I hated my father for being so selfish. Everything he did in life was for his own benefit. If not for my birth, the Vos lineage of hunters would have ceased to be, and there is only a limited amount of us left. Just enough to have one or two in every continent. The sad truth is that should anything truly powerful be released from the other side, we’d be hard-pressed to put up a fight. I know I could not fight on two fronts at the same time should they be on opposite coasts. For better or for worse, the decision was made.

I flew into Tulsa the day after loading a shipping container with all my belongings, knowing full well that they won’t arrive for at least a month. As I was loading everything up, I came to realize how little I truly owned. If not for the books, weapons, training gear, and multitude of items that involved hunting, the container would have been unnecessary. All my personal items fit in a handful of boxes.

Grandfather had already set up a personal and a business account for me. The premise was to buy some modest living quarters and use some of the books and equipment to open an antique store that would serve as a front for my real work. I visited the top two real estate firms in the area, and that very same day, I was already sifting through a multitude of listings. I was hoping to find something quick to avoid spending too much at hotels.

It was day four in my search for a residence, and I was driving west on I-44 heading to an appointment with a commercial real estate agent when I spied a full lot off the side, and another idea dawned on me. I barely avoided an accident as I careened over to exit the highway. I jotted down some information and made my way to the appointment.

My newfound idea changed everything, so I had to start my research from the beginning. When I met the agent and told him of the new specifics for finding me a store, he blinked at me in confusion. ”I’m sorry, Mr. Vos, but what you are asking for is not conducive to good business. Are you sure you don’t want to reconsider?” I told him that I had no plans to reconsider and to send me the listings as soon as possible.

It took me about two months’ time until my plan came to fruition. It took a lot longer than I wanted, but I was sure I was doing things properly. As of yesterday, I was the owner of what would become “Old World Antiques”. The store was part of a stand-alone building on the northeast outskirts of Tulsa that also included living quarters on the second floor and a private area in the rear of the building for what was my first major purchase. I had bought myself a camper or what the locals call a fifth-wheel RV.

I had purchased it just after my meeting with the real estate agent. To me, it was enormous, even though it was one of the smallest in its class. I had been trying to solve the riddle of carrying everything I need with me, and this made the most sense. The purchase of the pickup truck necessary to tow the RV just helped me fit in even more. A few people tried to warn me of the price of fuel, but I wouldn’t have it. At least I was not paying by the litre like back home.

So I was pleased with what I had accomplished. The terrain was set. I had a decently sized store to use as a front or even make a profit if I so chose, with a modest apartment just upstairs. That would be my base of operations and centre for my research. Once my cases started coming, and I had to travel, I had my truck and camper. The camper, after some modifications, certainly had plenty of space for anything I needed to bring with me. Both scientific and contraband. I knew that I would have to eat hours upon hours to traverse this country, but unfortunately, flying was not an option. Getting an EMF reader through security might be easy, but a sawed-off shotgun, a blessed dagger, or trio of those hatchets I mentioned earlier, not so much. This was brilliant of me, I must say.

Of course, the folly of my brilliant idea became all too clear, much sooner than expected. The news alerts I had set up were pinging a report out of Blacksburg, Virginia. Apparently, the house of an elderly woman known to the community as Grandma Samuels was suddenly haunted by something unseen and unknown. My first case!

After I hitched my camper to my pickup, I jumped behind the wheel and punched in the city of Blacksburg in the navigation system. When the screen refreshed to the start of my trip, all my excitement left me like air out of an untied balloon.

As I took in a deep breath and touched the start button on the screen, I knew. That was brilliant of me, indeed.