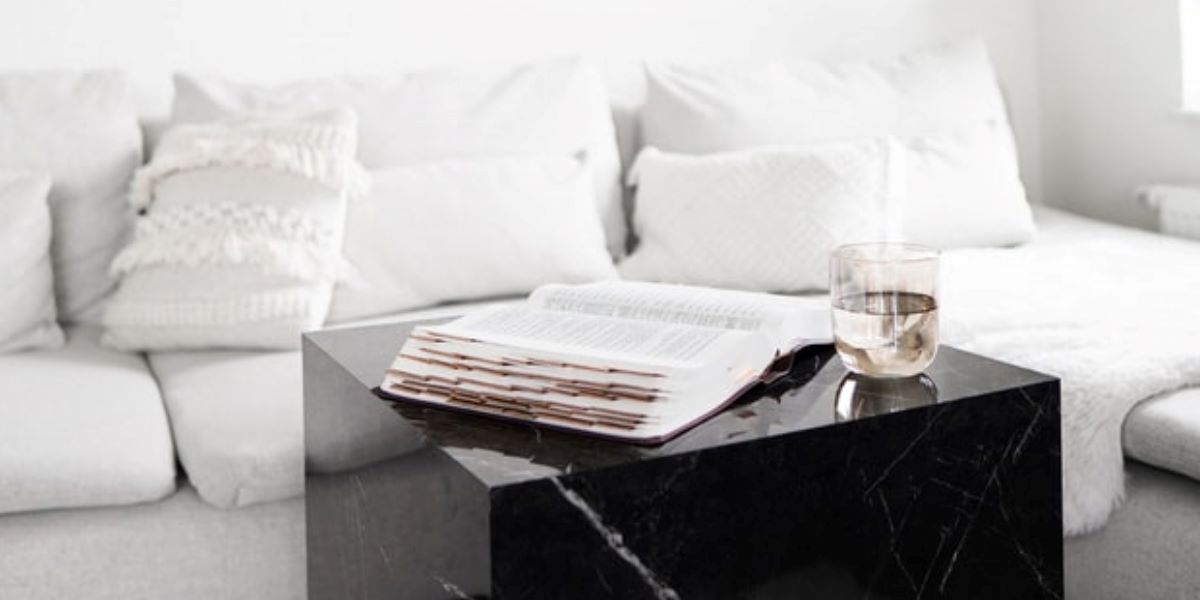 I stretched my massive owl wings and lifted myself from where I’d perched. My frame covered the full moon and cast a mighty shadow down below. I was looking for a place to stay for the next couple of weeks while I was in Las Vegas. Not a hotel or motel. No, I wanted a nice house.

I finally decided on a red brick house on the outskirts of Las Vegas. It was far enough away from the city that I wouldn’t have to be around humans for too long. The white shutters on the two front windows gave it a very homey feel. A single red Expedition sat in the driveway. Most likely, it was a single-person household, but I couldn’t take any chances.

I flapped my wings and flew down to an open window on the backside of the house. I perched on the sill and turned my head a full 180 degrees, scanning the perimeter, looking for any signs of civilization nearby. This place was far, far from any civilization.

I listened carefully, searching for any sounds throughout the house. All I heard was the tiny footsteps of a woman making her way toward the kitchen, where I was perched. I turned my head back around and waited. My human-like eyes stared at the entryway. Like the owl waiting for the mouse, I stayed still and waited.

Finally, she opened the door. She turned to look at me and instantly dropped the plate and glass she held. She threw her hand across her chest as she stumbled backward. “You scared me, Mr. Owl!” she squeaked. Little did she know. “Why do you have a satchel on?”

She started to take a step forward, but I propelled myself at her. I began shifting mid-air, my bones breaking with a shattering noise that echoed in my ears. They twisted and grew and finally came back together as I took my human form. I loved the look they gave when I shifted. The look of fear on their faces sent those good after-sex goosebumps down my body.

I quickly slid the bone blade from my satchel out and thrust it forward. I landed on top of the woman, and we both fell to the floor. She squirmed beneath my weight as I straddled her, holding her hands down. The bone blade was sticking out of her neck, blood seeping around the edges of the wound. She lost color and turned grey, blood pouring out of her mouth in a near-black fountain.

I locked eyes with her and smiled. The life slowly left her eyes, and then the thrill was gone. I sighed and removed the blade from her throat, looking back at the window. “Fuck!” I shouted, and turned back to face her.

I grabbed her by the hair and brought her head to my face. I cocked my head slightly to the side and laughed. I slid my blade in semi-circles across each side of her head. The blood dripped, staining the floor and my body. I yanked my hand up and heard the tearing of tissue as I removed the scalp from her skull.

I stood and looked down at the dark splatter covering my naked body. I placed her scalp on my head and wore the blood like war paint, licking it off my fingers. I stepped over the dead woman’s body as I made my way into her living room. I plopped down on the white couch, the woman’s blood on my body staining it. I brought the blade to my mouth and ran it across my tongue. My eyes rolled in the back of my head as I tasted the coppery liquid. “Mmmmm…”

“Must you always make a mess?” I heard his voice call.

I shot up from the couch and saw my brother standing in the doorway. His long black hair draped across the front of his shoulders, just like mine. His chiseled face always wore that serious look. I kept telling him he neededto lighten up a bit. I locked eyes with the deep earthy browns of his. “It’s more fun this way, Alo.”

He looked around at the blood trail that led from behind him to where I sat. He examined the couch, turning from white to red the longer I sat there. I could feel the blood on my bare skin sticking to the couch as I shifted in my seat. “It was always about fun for you, Sani. That’s why the others made fun of you.”

“No,” I snapped, taking the blade and slicing the couch. I began pulling the stuffing out of the cushion and throwing it on the floor like snow. “They made fun of me because I was the runt. Father made that ever so clear when he would tie me to a tree and leave me for hours. He wanted to toughen me up. We may be twins, but you know father always preferred you. Why wouldn’t he? You had the size and the strength that he so badly desired in a son. I was the one who grew up with rope marks around my wrists and ankles, not you!”

His eyes wandered from the stuffing on the floor and back to where I was sitting. His somber gaze told me he knew I was right. “Is this the life you want to continue to live, Sani? One of trickery and trouble?”

I brought the blade to my lips and slowly tapped it against them. I looked up and pursed my lips as I thought before looking back at him with a smile. “Yeah, pretty much.”

“You’re getting careless. You think you’re going to keep getting away with it? Your power is weakening. You won’t be able to shift so easily for much longer, and you may get stuck in an animal form. You’re going to slip up and fail.”

My nose twitched as my brow furrowed. I turned and threw the knife at Alo. As it got to him, he disappeared, the blade sticking into the wall. I growled as I got up to retrieve it.

“A blade made of my bones and ashes is what you choose to throw at me? Classless, Sani,” Alo said from behind me.

I whirled around to face him. At 5’5”, I was dwarfed by my twin brother. He was strong and powerful. “I can’t tell if you’re your spirit guiding me from the other side or a figment of my imagination.”

“To be honest with you, brother, I can’t tell anymore either. Your mind is slipping from the lack of power.”

I balled my fists. “Stop saying that.”

He arched an eyebrow. “Saying what?”

“That I’m weak! I’m not weak!” I shouted. I stomped my foot and narrowed my eyes. My gaze caught the long scar across his neck from where his throat had been slit. My mind wandered to the day it happened.

I awoke in the middle of the night, shooting up from my bed as a cold sweat dripped down my face. This was it. I was going to do it. I was going to become a skinwalker. I was tired of being the one everyone made fun of. I was the only one who they say is weak and undeserving of being a healer, of being a man. My healing power was adequate, but they believed because I was the runt of the tribe, I was undeserving. They said the men of the tribe should be strong and tall, able to protect their kind from danger. Me? I was tiny compared to the rest of the men who were twenty-one, and they didn’t let me forget it.

I started to dabble in black magic a few years before. I did it by the river that ran behind our village so that nobody would see me and accuse me of witchcraft. I became powerful with the dark magic, but I had to hide it from my tribe. I would have been banished if they knew. A skinwalker elder approached me, promising me eternal life and supernatural powers. I wanted it. I craved it.

“The only thing,” he said to me, “is that you must kill your brother.”

I didn’t want to kill my brother, but I needed that power. I waited until everyone was asleep before I threw my legs off the bed and stood up. Silently, I tiptoed to my leather satchel in the corner, trying to avoid waking anyone in the village. I rummaged through it and pulled out my stone blade. The grey stone was heavy in my hand as I focused my attention on the edges, wondering if it was sharp enough to pierce his skin. I ran the blade across my palm and embraced the deep, burning pain. I laughed to myself and wiped the sides of the blade against my thigh as the blood dripped off my hand.

The night was silent and cool as I walked to my brother’s hogan and pulled back the fabric door. I looked around to make sure nobody was near. Once I was satisfied, I peered in. His height made him look older than me, not like my twin. His chiseled face looked peaceful, unlike the normal look on mine. That made me happy. At least I knew he would die in a peaceful slumber.

I walked to my brother and stared down at him, my head tipped slightly to the side. I sighed and thought of the task at hand. I had to do it. It was what Alo would have wanted me to do. I brought the blade’s edge to Alo’s neck, hesitating for a moment to stare at my brother one more time. The blade slid across his throat, leaving a trail of seeping blood behind it. His eyes shot open as he looked around frantically. His gaze locked with mine, and I smiled softly down at him. I brought the blade to my mouth, running my tongue down it, tasting the familiar copper taste of blood. I felt like a weight had been lifted off my chest.

“Thank you, brother,” I said as I leaned in and kissed his forehead. I felt stronger, more powerful. I closed my eyes and focused on the image of an owl. Slowly, I felt my bones break and bend. They reconnected in different ways as pain coursed through my body. The pain made me giggle. Then it stopped, and I opened my eyes. I looked around the room, but I couldn’t see anything close to me. I looked out the hogan and saw the moon in picture-perfect vision.

I reached out and flapped my mighty wings. I turned and stared at my lifeless brother. I felt no remorse for what I’d done. In fact, I was at peace. That was what was best for me. I was confident Alo would continue to protect me from the spirit realm. I turned back around and flew toward the moon hanging outside.

“You are growing weaker, whether or not you want to admit it,” Alo said, snapping me back to the situation in front of me. “Why are you even here?”

“In Las Vegas?” I arched an eyebrow as I looked at him. “It’s the City of Sin, and I’m sin reincarnated.”

“Again, your carelessness will be your downfall, brother. You’re being called, summoned. The Source is awaiting you. Your chance to realize the full extent of your power. Find her. Go to New Orleans.” As the words left his lips, so did his physical form from my realm. I needed the power, and I was determined to find it.