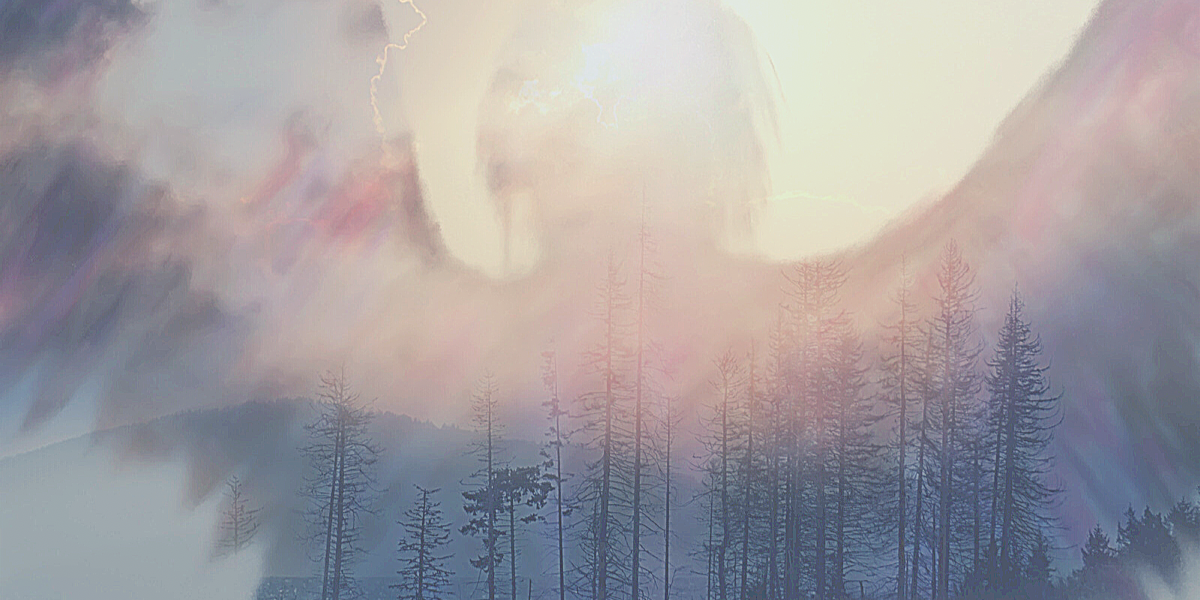 Lush mahogany skin lay against cool white sheets. Dips and curves of a body born to be taken made the sheets appear lacking and inconsequential. Her hands were bound above her head, jerking at the headboard. Her legs were spread lewdly wide and bound to the footboard by mismatched ties.

She looked delicious. My mouth watered as her hips rose slightly thanks to copper brown hands encircling her waist. He was devouring her, devour being the only appropriate word given the sounds she was making. The scene made my blood pulse and pump as an ache throbbed between my thighs.

I wished it was me causing the pleasure, but I’d always been open to watching as well. This watching was different, though. The scene was a dream. It felt real, but the windows were open, the ceiling fans were going, and the heat and smell of New Orleans was obvious. I wasn’t home, so it had to be a dream.

“Oh-oh, sir, yes! More, please. Oh, God!” The passion in that needy little voice almost drove me across the room to her.

“Calm down and take it, girl,” the pleasure bringer commanded with a growl. “There’s no God here.”

His voice and words threw ice water down my spine, and I walked closer. “Eli?”

“Who the fuck?!” he yelled, turning to face me and scooting back. His cock protruded between his legs as he fell against the small chest to the left of the bed. I wanted to vomit.

The girl was exposed, hairless, and dripping. My arousal was all but wiped out the moment I heard my little brother’s voice and then saw his penis. But the smell and sight of her forced the primal part of me to stick around for just a smidge to admire her sexiness.

The boy had damn fine taste.

“Roni?” he questioned, just as the girl recovered her senses enough to scream.

I looked between the two, wondering why I was dreaming of my brother having sex with some random.

I turned my head toward the window. It was hot and humid. There was no breeze except the one the fan pretended to make. I could hear the condensers of air conditioners working outside of other homes on the block. I could smell the remnants of an outside broil that had ended. The faint sounds of laughter meant somebody’s stoop was occupied with bodies and shit talkin’.

I was in fucking New Orleans. I turned, surveying the room. I didn’t know it, which didn’t say a lot, given how long I had been gone. But it was my dream. I should know it. Shouldn’t I?

“Be careful of your dreams, redeemer. They don’t always bring peace. Some of us Nephs, we carry that gift from our daddies. In our dreams, we go taking walks we need not take. Some of us don’t know how to come back.”

“Means sleep light, and stay ya ass where ya needs to be.”

I shook the memory away with a growl. I’d fucking astral projected. I glared at the screaming girl, then at my brother, my actual brother. “Shut her the fuck up.”

I closed my eyes, trying to remember me before…before the dream. I heard Eli scrambling up and moving, then calm words and cooing. I blocked the gibberish out as I thought back.

I’d found a rental place that happened to be the same franchise I’d originally rented from. There’d been few questions once the lone representative was able to look up my prior rental history and verify the coupe had been picked up for repair. She’d written me out a new rental, a years’ model sedan.

I was on the highway to hell five minutes later, putting even more distance between that awful char smell I now equated to Dan. After hours of driving, I stopped in Georgia for the night.

The food was good. The hotel was average, and the waitress that I’d let tag along was better. I’d used her. There was no other way to describe it. I’d taken and used her to force the world from my thoughts the way only sex could. Then I’d left her in the sex-soaked bed and climbed in the second bed on the other side of the nightstand, promptly falling asleep as she asked, “Sugar, you okay?”

I was asleep in some hotel with some woman I didn’t know. She was going to fucking rob me blind.

“Roni?” Eli’s whispering brought me back to the present.

I scrubbed my hands along my face. Could I still smell her there, or was I imagining things? “Hey, baby Bro.”

I glanced at the girl, covers now pulled up to her neck. “Seems like what’s going on is you getting it in, baby Bro. Sir?” I chuckled, shaking my head.

“Shut the fuck up.” He threw a pillow at me. It sailed through me, landing on the back wall, even as I doubled over in pain. If I was non-corporal, how had I felt that?

“Sir, yes, sir,” I mumbled snarkily before forcing myself back upright. “Y’all both see me?”

“Nah, Tish can just faintly tell you’re there. She spooks easily, though, thus the screaming. I-I can see and hear you.”

“You ain’t freaked?” I asked, walking to the window to stare out at the night. I needed to figure out how the fuck to get back. I could try to understand what had brought me to Eli later.

“Nah, fucked a few Nephs in my day. Little kinky, like to disappear at night if the sex is really good. You somewhere having really good sex, sis?”

I turned, frowning at my baby brother, all grown up. His hair was long and shaggy. The locs were clean. I could smell the fresh oils from where I stood, but they were not exactly neat. His beard was manicured and glistening with the remnants of his previous activities. He sported a muscular, broad, tattooed chest, tapering to places I wasn’t looking at. He was all man.

When I’d left, he’d just been turning into one. Now he was full-fledged, and I hadn’t had shit to do with it. Regret started simmering below all the other shit in my mind.

I smirked, thinking of my stepfather. “Don’t like to bring ‘em home, eh?”

He glanced sideways at Tish for a second. “Nah, not all of ‘em.”

“Well, I need to head back,” I said, though I had no idea how the fuck I was supposed to do that.

He chuckled, standing and forcing me to spin away as his manhood started swinging around. Crescent fucking help me. “Do you even know how?” he asked.

He pulled on his pants and walked over to me. He brought his hand forward, and I felt the weight of his touch on my shoulder for the first time in years, though it seemed to move through me before he pulled his hand back.

“Right.” He shook his head. “Listen, just focus on waking up. Like, the actual sensation of breathing in and out and waking up. Moving, getting out of bed, making coffee. Just push all your energy to that.”

I nodded and started to envision what he said, pausing for just a second to say, “I’ll be home soon.”

He frowned, fear and sadness darkening his expression. “No, stay away, Roni. Don’t come back here, please.”

He looked so tortured that I ached to tell him I’d stay away forever. That was my first instinct, to protect him and remove his pain, even if it was me. Next came the urge to ask why, but it was too late. I was gasping for breath as I bolted upright in my hotel room. The lights were on, and the waitress-chick was gone.

My full second breath came as I checked my wallet and go-bag. Everything was where it should be, and not a dollar was missing. I’d been lucky as fuck on that account. But as I stumbled back down to my bed, my mind whirred with questions.

I hadn’t astrally projected in years. Why now, and why to Eli? I was sitting on the bed fully naked, but I’d shown up to Eli clothed. Why? And what the fuck was going on that he’d tried to warn me away?

Heat radiated up my arm and a slight glow shone over my palm. Remy had been in the heat of the moment. Dan had been an accident. If someone was fucking with my brother, there was no telling what I’d do on purpose.