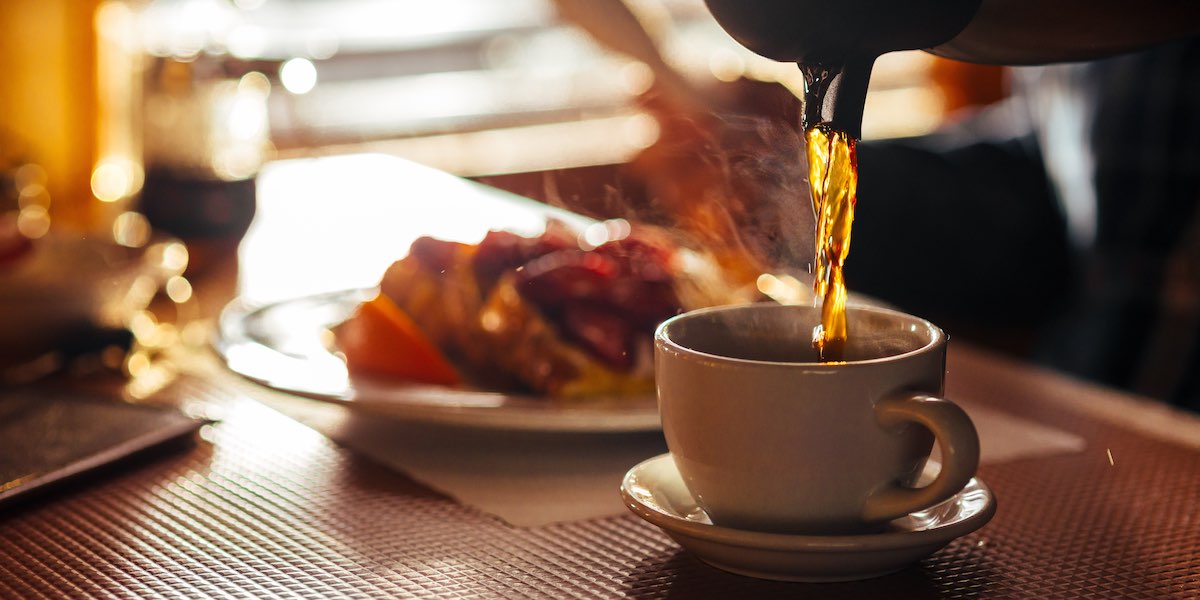 The busy streets of New Orleans were littered with people, and it was only ten in the morning. I inhaled another nicotine-flavored smoke before tossing it to the ground and stomping it out with my foot. Running a hand over my scalp, I pushed my hood back as I made my way into the Buttery Eats diner. The colors screamed modern hipsters with their light orange and yellow designs. Several humans were scattered in various seats, eating, talking, and laughing with their friends and partners as if the world was a happy, bubbly place. Part of me envied them, wanted to know a little bit of peace, but the beast inside me only snarled.

“Hello, sir. How can we serve you today?” A girl, no more than eighteen, her curls a sunset and amber gold, beamed up at me. She was full of life, and life is what I heard within her veins. My eyes darted toward her pulse, and my stomach growled. I forced my gaze away and smiled in return. Her heartbeat quickened, as most human women’s did when I walked into a room, smiled, or did the bare fucking minimum. I hated it. Life can become dull when you can get what you want, when you want it.

“I’m here to meet a dear friend of mine.”

“Table for two?” Another quick beat.

She smiled again before leaning over, grabbing menus, and then turning to lead the way. I made sure to be here when I knew tables toward the back would be vacant. She casually turned every so often, making sure I was still following as she went over the list of the best food they served. I nodded, pretending to care, as I took in the layout of the diner. There were around six tables, angled to the left and right, while a few booths sat toward the back. The kitchen had an open window, so diners could see everything they made. There were two exits and four large windows. Perfect.

“Here you go, sir. I’m sorry, I didn’t catch your name,” she asked, moving one curl behind her ear as I sat in the chair facing the door.

“Jason,” I replied, taking the menu from her, “and my guest should arrive soon. Her name is Yasmin.”

The light in her eyes seemed to die at the mention of another woman’s, but she played it off, stating my waiter would be with me shortly. Slipping out of my jacket, I adjusted the silk, black, button-up shirt at the wrists as I surveyed the area. Several more patrons entered, taking their seats as the waiter arrived. I ordered for both of us and he scurried away.

No more than a minute after he left, she arrived.

My nose caught her scent before she ever lifted a manicured finger to open the door. Others paused their meals as the alpha walked in. She wore a yellow and black buttoned coat that reached past her calves, a matching black shirt and pants, and white heels that wrapped around more than her ankles. Her brown, wavy hair was pulled back in a high ponytail, with a few pieces framing her face. Her eyes connected with mine and a scowl I hadn’t seen in a decade flashed across her face. She spoke to the hostess as she pointed to me before walking forward. A man in a white t-shirt and blue jeans soon followed her. He was a foot shorter than her, holding his head high as if he had something to prove. Beta. The clicking of her heels almost drowned out the noise of the diner as she made her way to me.

“Why are you here?” Was her greeting to me as she stopped in front of the table.

“Nice to see you too, Yasmin.” I waved at the chair in front of me for her to sit.

She looked to her beta before taking a seat.

“I didn’t know you would bring company. My apologies.” I smiled, crossing my hands in front of me.

“Cut the bullshit, Roman. Why are you here?”

My gaze met hers, and I dropped the polite tone. “Sit.”

Her nostrils flared. An alpha being told what to do was like grabbing a tiger by the tail. The chair scraped across the floor as she shoved it towards the table. “I’ll ask again—”

I raised a single finger to my lips, shushing her, as the waiter came over carrying two hot plates.

“Here you go,” he said, setting a plate in front of me, then Yasmin. He was polite, asking if there was anything else we needed. I’d ordered enough to feed us both. Our appetite, like everything, was intense, to say the least. Pancakes, sausage links, scrambled eggs, and sides of toast steamed from both of our plates. The humans around us laughed and giggled, completely unaware of the power play happening in their midst. I grabbed a fork and knife, cutting into the pile of pancakes and sausage links. I looked up, chewing, as I crossed my knife and fork in front of me. Yasmin’s eyes never faltered, she just stared.

She placed her hands on the table, leaning forward, her voice an icy hiss. “You don’t come into my city and demand anything from me.”

“Your city?” I laughed, “and how exactly did you get this city of yours? Hmm, Mrs. Garcia.”

We both knew she owned nothing of this so-called city. Her husband was pack leader for the Garcia pack and held a quarter, but that was about it. New Orleans was owned by no one.

“What do you want?” Her voice was softer this time. Almost as if fear exposed her true nature.

I returned to my food, speaking in between bites. “I need a beta inside Garcia’s pack.”

She scoffed, crossing her arms as the beta who came in with her laughed softly. My eyes cut toward him, and he shut up instantly.

“Is that funny to you?” I looked back at Yasmin.

Her arms crossed her chest, every bit of alpha coming forward. “You’ve come a long way to be disappointed, Roman. There is no place for you in this city or any scheme you plan to run. You think you can hold my freedom over my head. You are no better than your father.”

I felt my jaw clench.

Yasmin stood, grabbing her purse from the floor. Her beta followed suit. “I suggest you go home. There are no spots in Garcia’s pack, as is. You’re wasting your time.”

“Is that so?” I replied slowly, coldly, before I smiled.

A single shot split the air as I placed a bullet in the beta’s head. Yasmin dropped her purse, cupping her now blood-soaked face. The restaurant erupted in screams, but not everyone jumped to their feet and headed for the door. No, not all here were human. Two large goons now stood blocking the exit. Several patrons tried to get past them, but they had strict orders. Several shouts rang out as they instructed everyone to sit down and shut up. Others tried to head to the remaining exits I had clocked when I came in, but those, too, were blocked off. Whispers and cries filled the diner as the people not under my reign waited.

“Are you fucking insane?” Yasmin’s voice rang out. Her head whipped in the direction of the humans. “You can’t hold these people here. What have you done?”

“Sit,” I said, placing the Beretta on the table next to me. I returned to my plate, scooping a forkful of egg into my mouth.

I chewed, watching her. I could smell every emotion she felt, as though it drifted through the air. Fear. Apprehension. Disgust.

“You can’t keep me here. Someone would have heard the shots by now. The screaming. The police will come.”

“Julian will have your head if you kill me.”

I sighed, placing my fork down as I leaned back. “I’m not going to kill you, Yasmin. I told you what I wanted. Make it happen.” I reached forward, grabbing the glass of orange juice and watched her flinch. “It looks like you have an open spot now.”

Her eyes raked mine for a long moment. An emotion I wasn’t accustomed to crossing her features.

“I heard what happened to Victoria. We all did. For that, I am truly sorry, Roman.”

I felt my eyes change. I didn’t need her quickened breath to tell me. That name. That damned name.

It didn’t stop her as she went on.

“She was the only good and decent thing out of the St. Augustine pack. I am sorry that light was snuffed out. You have her eyes, but your father’s cruel soul. I’ll make it happen, and after that, we are done. My debt is paid.”

She turned, looking around the room, then back to me. “How are you going to cover this up?”

“Leave through the back door. Clean your face on the way out. You have something on it.”

She didn’t say anything else as she stood, taking her purse and heading toward the back. I didn’t bother to look. I knew my associates would let her pass. No one else knew she had met me here. The seat in front of me didn’t stay abandoned long as Mia, dressed in street clothes, slid into it. Marcus, with his dreaded hair tied in a loose ponytail, stood next to her in a white shirt and denim jeans.

I closed them, stifling the beast that danced beneath my skin. One mention, and I wanted to tear her fucking head off. Breathe. One. It would have been so easy. Two. Another murder to cover up. Three. No trace. Four. But I couldn’t. I had to finish it. All of it. Five.

I opened my eyes, the room clearer.

“Take them to the truck.” I motioned toward the room. Marcus nodded as he whistled, motioning toward the exit in the back. The wolves I brought with me followed the order without a second thought. The room, again, erupted in yells and screams as the remaining people were dragged out until only Mia remained.

She stood, leaving me alone in a bloodied diner, with a dead beta and police sirens wailing closer by the second. I sighed before turning back to my plate.

Amber recently finished her first novel and is currently going through the editing process. Her other interests besides writing include her love for superhero movies/tv shows, poetry, and cheesy rom coms. When Amber is not writing, bothering her friends with unnecessary movie quotes or dreaming about far off worlds, she is working as a veterinary assistant at the local animal hospital.