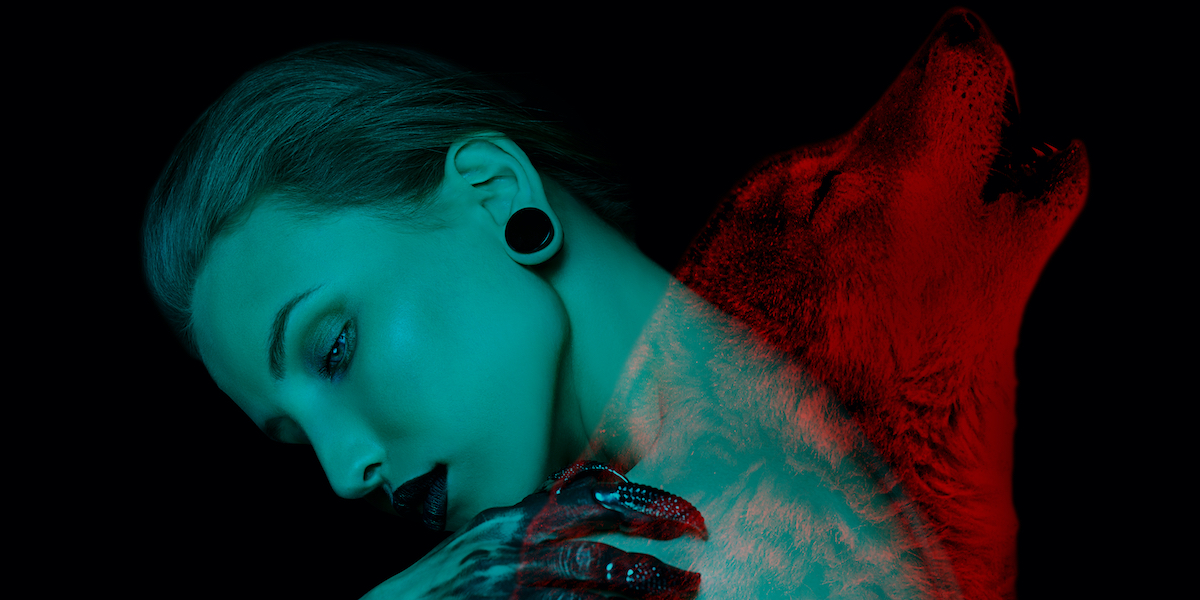 My thumb flicks over the metal ring as my lighter lights, illuminating the cold stone room located several feet underneath my new so-called home. Audubon Park. Marcus found me a place to stay while I am here. A two-story, run-down, abandoned mansion located in the thicker part of the park. No trails lead here. There are only trees and dense bushes hiding it from the busy world. It is hollow alone, forgotten…like some.

Anyone who finds it would think it was abandoned as well. The insides have moss and vines threatening to take it back. An open ceiling in some places and windows with no glass. A ruse. Something I need while I am here.

I raise my lighter, cupping one hand behind it as I light the cigarette in my mouth.

The smoke dances across the room as Haley stirs in the 10-by-10 steel cage located in the back of the room. I have built several of these since arriving. This is only the second level underground. Meant to hold, torture, or keep certain beasts locked up.

Her brunette head slowly raises as she whips her matted hair from the side. She wears only a thin blue robe, the same one she had at her place. She tries to sit up and hisses as the mark on her left shoulder burns. It always burns when the change first starts. Her eyes roam, squinting in the darkened room. She can’t see. Her eyes are not yet there, but they will be. I can smell her scent slowly changing from human to beast.

“There is no point in trying to see. We are far beneath the earth, and your eyes require more light to distinguish shadow from shade,” I say before taking another drag.

She jerks to where my voice comes from, picking up the red ember at the end of my cigarette before she drops to her knees. She grabs the bars as she peers at where I am. “Roman.” Her voice is a whisper mixed with pain. “Where am I? What have you done to me?”

The metal chair creaks as I stand.. I take another drag before flicking on a small lantern, casting a small pool of light. Squatting in front of the large cage, I rest one hand on my knee as I flick the cigarette across the room.

Smoke curls beneath my nostrils as I speak, “What you asked.”

She shakes her head, the tangled mass barely moving. “I didn’t ask to be kidnapped.”

A soft laugh escapes my throat. “You asked for freedom. This is merely a precaution.”

Tears gleam in her eyes as she looks at me. “Is this why you showed up every day at my job for a week? To lure me out, fuck me, and kidnap me!”

“Everything I did you asked for. Nothing more, nothing less.”

She winces as she reaches for the wound on her shoulder, her hand touching dried blood. Her eyes meet mine again, a small fire smoldering in their depths. “You bit me.”

A small smile curves my lips. “You asked for that as well.”

Her words are cut off as she doubles forward, grabbing at her stomach. She pushes off the cage wall, scurrying toward the back.

“It’s worse if you fight it.” I nod toward her.

She lets out a small breath as if trying to control the pain. She doesn’t speak as she breathes in and out several times. A fighter. Perfect.

“It’s not death you feel. Think of it as being reborn.”

Her eyes shoot open at that. She keeps her palm pressed to her stomach. “What?”

I place my hands in the pocket of my jeans. “You asked me what I did to you? The answer is simple. I have given you your freedom. Freedom from every pain you have suffered at the hands of men. Freedom that it will never happen again.”

I nod once more toward her wrists. “Don’t believe me? Look. The bruises, the ones you hid under makeup and long sleeves, where are they now?”

Her gaze narrows before she slowly lifts her arms, moving the robe sleeves. She gasps before checking her legs and ribs. The marks I saw on her at the restaurant when she brought me food are gone. The same ones my hands caressed when she arched her back into me, screaming in pleasure. The same ones I licked and kissed on her legs when she begged for release. All marks made by her abuser. All gone.

Her eyes come back to me, the fear replaced with something else. “How?”

“I told you. Freedom. Once you change fully, no one will ever put their hands on you again unless you ask. In return, you will belong to me. An unbreakable bond sealed with a bite. You will be the thing lesser men fear.”

Haley starts to speak as I hear heels coming down the steps toward the back. Mia’s scent fills the room long before she enters. She also smells of fear, regret, and ashes. None of those emotions are hers. I turn my head as she enters, her gaze lighting up. She wears a large thick coat with a black dress and heels.

She takes in Haley behind me before coming to my side. “New pet?”

I smile as Haley starts to scream. The first change. Bones crack as her body juts forward. I nod toward the back of the room and Mia follows.

We stop near the stairway, and I lean against the stone wall. “Not a pet. This is plan A.”

She folds her hands across her chest, watching as Haley changes.

“I hope you know what you’re doing.”

I tilt my head. “How did the recon go? From your stench alone, I say not well. You smell of fear, piss, and fire. What building burned down, and what does Dominic have to cover up now?”

It is her turn to smile as she places one hand on the wall and the other on her hip. “Actually, the reason I smell like that is because I found someone you are going to love.”

I don’t say anything, just fold my arms, waiting for her to get on with it. Mia may be my second in command, but at times, even her attitude is annoying.

“The fire didn’t come from a burned down building but a person.”

My eyebrow ticks upward. “A person?”

She nods like she just discovered the answer to every problem in the world. Naive. “A sorcerer. You should have seen it. I called ten of the roughest I could find. Half of them pissed themselves or ran away, well, the ones who didn’t die. But him? Nothing. I didn’t even smell fear on him.”

“I don’t believe in fairytales, Mia,” I sneer, turning away as Haley twists more, her screams slowly turning into growls.

“Oh, you will. He made fire from his hands, Roman. Fire. You know as well as I do what that means.”

“So you’re telling me you sent ten men and women to recruit, lost half of them, and possibly burned a building down for a sorcerer?”

My fist slams against the wall hard enough to remove chunks off of it, and I know my eyes blaze red from the power that vibrates through me. It is so hard to control myself, my temper, my beast in New Orleans. Something lives here that makes the wolf inside me dance and stir, no longer controlled by the moon. For most, that would be paradise. For me? It is a living nightmare.

Her eyes never waver from mine. Mia knows, like Dominic, that I will never hurt them. I can’t, not after what they have done for me.

“Give him a chance.”

I step forward. “I do not need attention drawn to me or my purpose. Not when I am this close.”

She nods toward the brown-haired wolf that now stands on all fours behind the cage. “You already have attention. We can’t beat them, not alone. Not like this. Trust me. I haven’t led you astray, nor will I. He has potential. I can feel it.”

I lower my hand, dropping my head as I make a fist, watching the slight redness from where I hit the wall fade, and I release a breath.

I sigh, shaking my head at her as I hold her gaze. “How old?”

I snort. Typical. I rub the crown of my head. I don’t mean it, not intentionally. Nineteen is well past the age of anything child like. I had killed by the age of fifteen, been beaten to a pulp by seventeen, and assassinated my first werewolf clan by eighteen. I had gained my father’s respect and put myself in line with very powerful older leaders from around the world. At nineteen, you could have seen and done a lot. But I am nervous. Hesitant. Something in my blood warns me, but Mia is right. I am running low on good reliable help.

She shakes her head. “Not from what I gathered. He’s an orphan. Alone. No one to care for him. So again, perfect for the mission at hand. If shit goes sideways,” she shrugs, “dispose of him.”

“Fine. Have him get rid of the stragglers that managed to escape. I do not need anyone to know I am here. If,” I pause, raising a single finger towards her, “if he can do that, then we will meet. No half-ass measures this time.”

I push off the wall, heading back to where Haley slowly paces the cell floor. She is hungry, which means it is almost time to go.

“Any news from Dominic?” I call out, not looking behind me.

“Nope. Seems your witch doctor may not be in New Orleans, but we will find another.”

That stopped me in my tracks.

“Don’t worry,” she calls out as I hear her take the steps. “We will find one.” She doesn’t say anything else as she heads upstairs.

I reach into my pocket, fishing out the key. One twist, and the cell door creaks open. Haley’s yellow eyes turn to me, and her muzzle pulls back, showcasing her white fangs. I crouch, folding my hands as I look at her. She survived. A part of me is elated. Most do not. But Haley is a fighter, through and through. Now, only one last thing to do.

“I think it’s time to pay your old boyfriend a visit.”

Amber recently finished her first novel and is currently going through the editing process. Her other interests besides writing include her love for superhero movies/tv shows, poetry, and cheesy rom coms. When Amber is not writing, bothering her friends with unnecessary movie quotes or dreaming about far off worlds, she is working as a veterinary assistant at the local animal hospital.