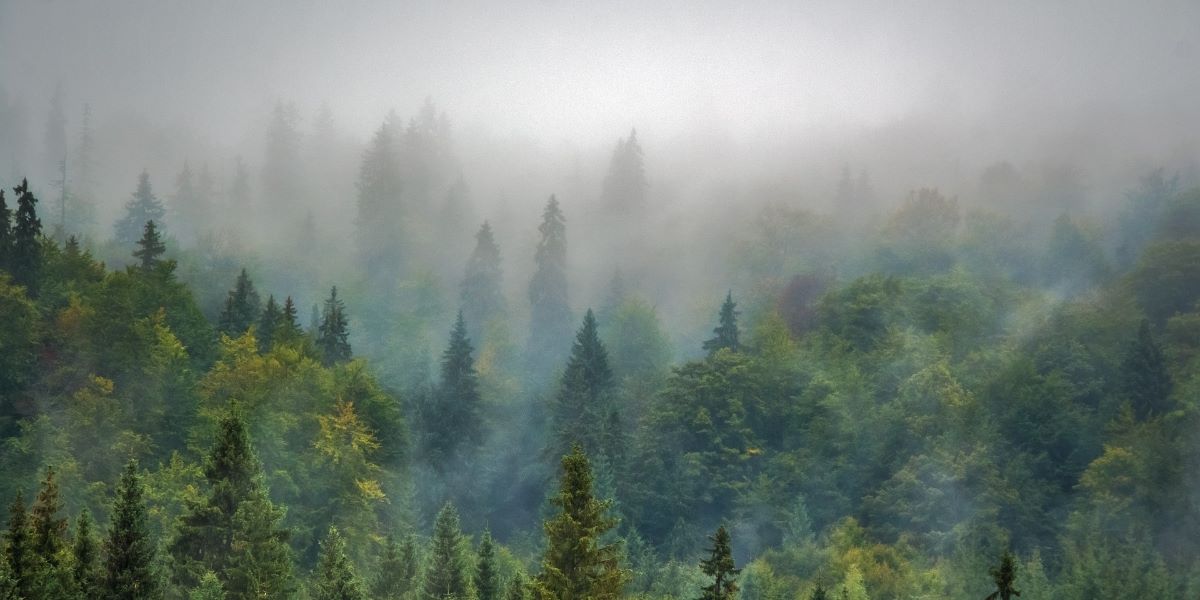 I felt heavy, and my body weight became almost too much to maintain in a standing position. Was the humidity zapping the energy right out of me? It was distinctly possible. Of course, the fact that my evening visitor just left could probably have something to do with it. I gotta get to bed. Between my headache, the gravity that was increasing on me, the exhaustion of my journey, and events with Nick, I couldn’t go on. I needed to rest. Even if I wanted to fight it, my body would hold me down and force me to rest.

I don’t even remember falling asleep.

Smoke and concrete filled my nose. My body was filled with the phantom sensation I had felt so many times, but had never gotten used to it, no matter how many experiences I had. I couldn’t feel the weight of my hair against my shoulder. Instead, it was gently tumbling above my head like it would in water.

My eyes fluttered open to a foreign sight in a familiar setting. I had seen this hazy, fog-covered plain so many times in my lucid dreams across my short lifetime. But the concrete brick wall was new. I craned my head up and back, trying to see the top through the fog. It was impossible. Whoever built this was keeping something in or shutting something out. At least, that would seem to be their intent with as much time and energy they had put into laying the bricks so high.

I turned to look behind me, seeing the familiar evergreen forest I grew up in. Standing at the forest’s edge were two creatures familiar to me. One was a white ox with massive horns and bulging muscles. The other was a small, lithe goat whose black coat was ombre to white. These creatures were two of four that had been in many of my dreams over the years. They were the dream world’s manifestation of my father and little sister, Ziggy. They were looking at me like I was leaving them, and they weren’t sure if I was ever going to return, but they loved me too much to keep me confined to the forest.

But where were the cow and the falcon? Where were mom and Wenona?

A hissing roar spooked the goat and ox into parting, allowing the alligator to burst from the forest’s shadow. Even though there was distance between us, the aggression the reptile displayed was unnerving enough to make it just back. It stopped about a yard from the forest’s edge and kept hissing at me, glaring at me with its white eyes. It was angry.

The blood that covered the teeth and snout of the alligator was the first clue. It had eaten recently, and whatever it had eaten was an enormous meal. I forced myself to look away from the angry reptile and deep into the forest behind it. I had to squint my eyes to see the dark shadow of a fallen bovine with a black coat.

Mom was no longer the cow. The alligator had taken its place as my mother’s totem. She wasn’t gone, but she was different, and who knew if she would ever be the same again?

The goat and the ox started bleating and mooing at me until the alligator hissed them back to silence, turning its rage at me onto them. “Stop,” I called out. These creatures of my dream turned their attention back to me, but the alligator was still hissing in my direction. “I will go. But please don’t hurt each other. I didn’t do this to hurt you, any of you. I still love you—”

The alligator hissed, cutting me off. It took all of my inner power not to shirk at the sound. I don’t know what hurt my heart more; hearing my mother with such venom in her soul or the absence of the protective call of the falcon. Wenona wasn’t there. She wasn’t coming, not to help, not to keep peace, not to do anything.

With a flick of its enormous tail, the alligator turned away from me and lurked its way back into the forest. As she walked past the forest edge, the alligator chomped down on the goat’s tail and started dragging it behind her. The goat desperately bleated as it pawed at the dirt, trying to get out of the alligator’s grasp. Ziggy’s cries broke my heart as they faded into the dark protection of the forest.

They left the ox to turn its attention back to me. It was waiting for something. But what?

A heavy thump and rusty creek answered that question. A glance over my shoulder showed a large, double door had suddenly appeared in the concrete wall behind me. It was slowly opening, allowing me entrance into this mysterious fortress. I looked back at the ox, realizing that it was seeing me off into this new world. It wasn’t going to leave until I was out of sight, just like Dad.

I gave him one last lingering look and a nod of thanks before I turned to the door. I straightened my posture, throwing my shoulders back and lifting my head high. With a deep breath, I took the first step into the concrete fortress.