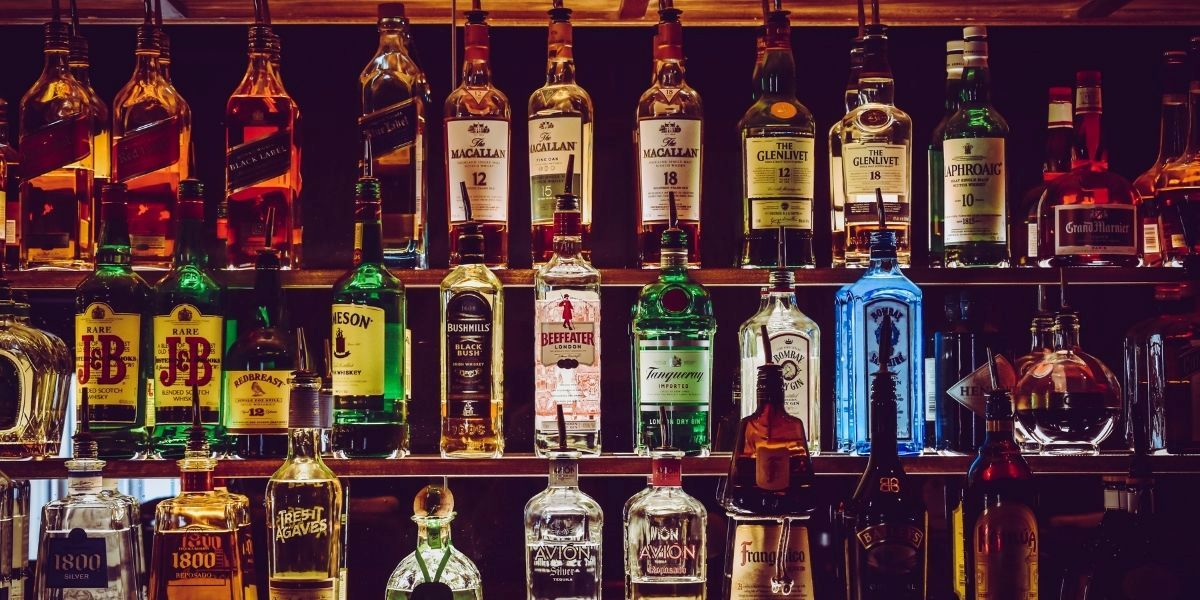 Bourbon Street was party central for New Orleans. True to its reputation, there wasn’t a car in sight. All the traffic that crowded the place was foot traffic only. If that was what it always looked like, I’d hate to see it during Mardis Gras.

The street had everything a partying tourist could want. It boasted restaurants with irresistible smells, dozens of bars to make any bar crawl easy, strip clubs with so many beautiful people for the bachelor and bachelorette parties to ogle, and even a live sex club toting Amatuer Night.

It was so overwhelming. In Fishtail, we had immediate access to the necessities, including a grocery store, a post office, a fire station, and a sheriff’s office. We had to drive an hour into Billings to find anything else, like a shopping mall or a car wash, and even Billings only had one strip club. A live sex club? Forget about it.

Maybe I should just start with a bar. But which one? I had to choose wisely. I hadn’t thought to get a fake ID before I set out to explore. Hell, I didn’t even know where to look for someone who could make a fake ID. That required connections I hadn’t made yet. So I had to go with bars that either didn’t have bouncers checking IDs at the door, or I needed to go to the bars where the bouncers weren’t paying attention, and I could slip in with a vast group of people. Not that it was gonna be hard to do.

There. The Beach on Bourbon. It was one of the loudest sources of music, and that was because there was an entire wall missing to act as an entrance. The warm weather allowed dozens of people to eat and drink outside, even though they didn’t have enough patio seats to accommodate everyone. Inside, a band was playing, but they turned the base up so high that it was impossible to hear what genre of music, let alone what the song or lyrics actually sounded like.

The place was too crowded for indoor dancing, but some of the more inebriated outdoor patrons were definitely doing their best. Everybody seemed to be just the right amount of drunk to get along with the other strangers at the bar, rather than being annoyed and starting fights. How long that was going to last was a question. If I found nothing of interest by the time that level of drunkenness was reached, I would move on to a new bar or just go home.

As I made my way past the outdoor seating, I scanned the crowd, looking less with my eyes and more with my gut. Light traveled faster than sound, but energy traveled faster than light. Humans could usually sense when something was off with a person, place, or situation long before they had physical evidence to support that feeling. Too often, that lack of physical evidence made people doubt their survival instincts, and they allowed themselves to be put in a dangerous situation.

Unlike the rest of the world, I had learned not to wait to be proven right. I listened to my gut. It never led me wrong.

So as I passed by the bar patrons, I saw less of their faces and features and more of their spirits. The alcohol in all of them didn’t taint those spirits, but made them clearer. I considered booze a truth serum for a reason. While inebriated, people allowed more of their natural selves out.  They threw off any concern for social graces and the feelings of the company they kept and lived as authentically as they could. I was unconvinced that hangovers were always the result of the toxic beverages being purged out of the human system. It was more likely that our souls couldn’t take exposing our true selves for so long and so clearly. That, or our souls were regretting our bodies’ actions and were made sick by it all.

The spirits were mostly light and jovial. They shined like the sun, with hints of yellow. However, mixed in the white and yellow light were tinges of red. The red spirits indicated a few different types of people. They could be the alcoholics who had fallen off the wagon; the people who were using drinks to cope with their destructive mental health issues; those who became sad or angry under the influence. It was their only time to let go of those masks they wore and admit that they weren’t completely okay.

None of these colors were worrisome or made me uneasy. They were pretty typical of any bar or club and nothing to write home about or concern myself with. I needed things that were out of the ordinary. After all, I wasn’t just looking for your Average Joe, Jane, or Jesse.

I stepped into the actual building of the bar. The speakers were so loud that I couldn’t tell if the band playing was any good or not. The reaction of the crowd wasn’t any help. These people were so drunk that they either thought everything was amazing, everyone fucking sucked, or were completely passed out. I hoped I found something soon. I didn’t know how much of this I could take.

The thought broke through the exterior noise and filled my mind just before a sharp impact spun my brain. It made me dizzy and I lost my bearings. “Heyyyyy, baby girl.” The stink of three different alcohols being huffed into my face straightened my focus. The speaker was your typical wannabe-frat-boy-freshman. He wore cargo shorts and a cotton muscle tank top that showed off the tan that definitely came from a bottle. His body was littered with tattoos, each a personal record of every single drunken escape this kid had been on since he got his fake ID. Yeah, there was no chance he was twenty-one. In fact, he could’ve been younger than me. Not by much, but there was a chance. His long, greasy bleached hair clung to his acne-covered face. There was the slightest scent of prescription moisturizer beneath the layers and layers of alcohol. And judging from the way this guy’s pupils were dilated, booze was not the only thing running through his system.

I flinched away from his stench and backed away, only to find his arms locking me in place. I could feel how sweaty his flabby skin was long before I could smell it. But I could still smell it—that spray-on deodorant he used was not doing its job. “I’ve not seeeen youuuuu around here beforrrre.”

“And you’ll never see me again,” I stated flatly as I grabbed the middle finger of his right hand and started bending it backward.

“Ah! Ah! Ah! Ah!” he cried out in pain as his grip on my waist loosened. I didn’t stop bending his hand until I took him to his knees, and the moment I let him go, his fragile ego reared its ugly head. “Bitch!” he snapped. I didn’t bother with a rebuttal. What did I care for the opinion of a placenta that stole the life of the infant it was connected to?

I started to walk past him but he snatched at my wrist. “I’m talkin’ to you, bitch!”

I whipped around, preparing to kick this boy’s balls further up into his body, when a black leather jacket slid between us, cutting off the violent contact. “Pardon me,” a velvety British accent interjected, “but I believe the lady has made it clear that she is not interested in maintaining a conversation with you, sir.” This chivalrous stranger’s voice dripped with the fuck-you-and-fuck-off politeness that only the Brits and customer service industry workers had perfected. The question was, was that tone the thing that made the barely legal douche nearly shit his pants? Was it the white knight’s towering stature? Or was it that intangible, indescribable aura around him? Even though he was fighting for me, I couldn’t stop the shiver down my spine.

Denis the Sexual Predator ran so god-damn fast out of that bar, he could have qualified for the 2021 Olympics. He wasn’t THAT intimidating. Just as the thought crossed my mind, the leather-clad stranger turned to face me, and there was that shiver again. The low, colorful lighting of the bar made it difficult to make out specific details, but his slicked-back hair was fair, and his eyes were a dark brown or black. His cheekbones, nose, and jawline were so angular that they could cut through paper. Perfect white teeth peeked out from thin lips. I didn’t have to look around to know that ninety-five percent of the bar was staring at this man hungrily or staring at me jealously.

“Are you alright?” that velvety, British voice asked me with a slightly furrowed brow of concern. How I could hear him over the blaring band was beyond me. It was like the world went quiet around us. I’d heard stuff like that happened when certain people’s paths crossed. I didn’t believe in such things, and I wasn’t about to change my mind about.

“It’s sad how rare manners are in this world.” The poetic but cynical Brit. Brilliant. George Orwell wants his bit back. “You’re new to town, aren’t you?”

“Do I have a neon sign hanging over my head?”

The Brit chuckled at my sarcasm rather than being deterred by it. “Practically. When you’ve been in the Crescent City for as long as I have, you notice the out-of-towners pretty easily.” He stuck his hand out, offering a shake. “I’m Nick.”

I took a second to think about the situation, looking between Nick’s face and his hand. Normally, I either would have stared him dead in the eye to make it clear I would not shake his hand, or I would’ve just walked away, but I needed to test something. “Namid,” I stated simply as I put my hand in his.

A feeling all too familiar to me settled around us. The notes of his natural scent were different. They were lily of the valley and lavender instead of roses and cinnamon, but the weight with which they descended on me was the same. I suppressed the third shiver that wanted to crawl its way up my spine. Was the low rumble a growl and a warning of hunger? I guess it didn’t matter, neither option was good.

“Interesting name,” Nick commented, bringing me from the edge of the unseen world around us.

Nick chuckled at my quick rebuttal. Something about my general attitude was amusing to him. “Can I buy you a drink, Miss Namid?” I had to bite the inside of my cheek to stop my top lip from curling up in creeped out disgust.

“Thanks, but I think I’m gonna go home.”

“I understand. After what you just experienced, I can hardly blame you. May I escort you home? I just can’t let you walk home alone with that ruffian running about.”

“N—” I stopped myself short of rejecting the offer. Play along. Let him think he’s winning. “I’d hate to impose and ruin your fun.”

Nick scoffed gently. “Nonsense. It’s no imposition, and I think I’ve had enough of this type of fun for one night.” Nick offered an arm and with a sigh, I placed my hand on his elbow, allowing him to lead me out of the bar.

Well, that was easy.