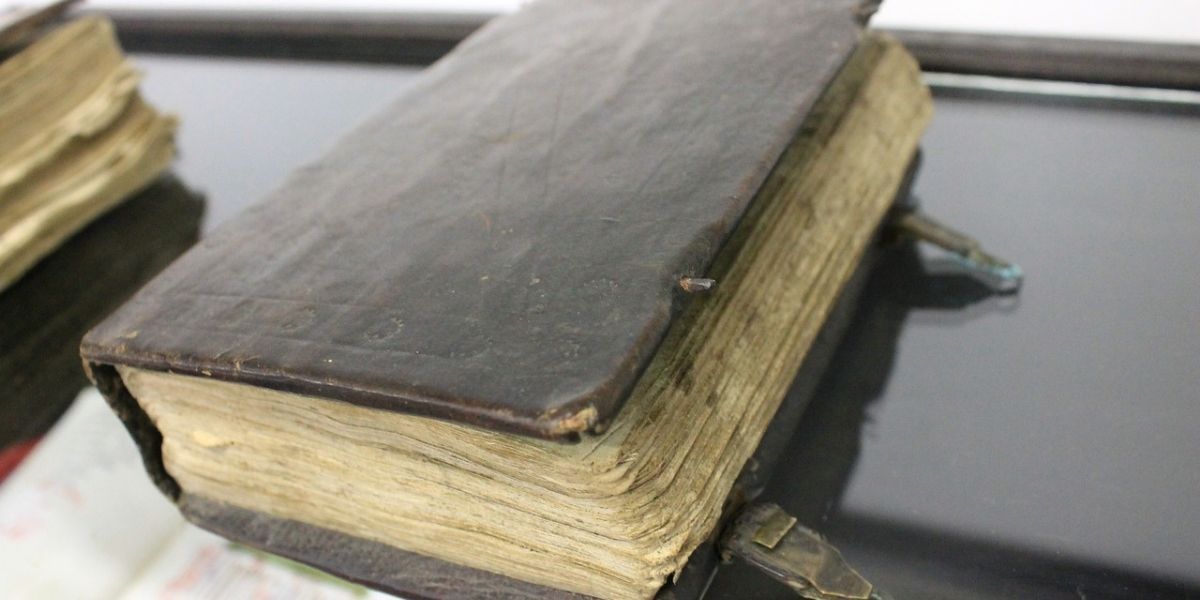 Symbols of the Past

It took nearly two months for me to get moved into my building. Between getting the paperwork in order, watching electricians and plumbers come and go, and dealing with inspectors, I was ready to say to hell with it. Thankfully, I hung in there and got everything done.

Finally, the big day came. Blake had hired a team of professional movers to get all my stuff into the building. I was a nervous wreck. I knew what was in each and every one of those boxes, and I was sure that everything would end up broken.

I ran behind the movers, making sure everything was handled with care. As I did so, I heard a voice call out, “Where the hell do you want this?” I turned around to see Darrell and one of the movers carrying my grandmother’s trunk.

“That goes upstairs in my apartment,” I said in full panic. “Be careful with that. It was my grandmother’s.”

“Yeah, yeah. I know,” Darrell said nonchalantly. He shot me a smile that sent a wave of heat across my face.

Slowly, he and the mover carried the trunk up the stairs. I wasn’t sure I liked the idea of Darrell being in my apartment, but it was the only way. I had to make sure the trunk was close to me.

Once the movers had everything inside, I began to relax. I sat by the counter, staring out the windows at my new world. I watched as Darrell gave each of the movers a nice tip before sending them on their way. I was sure that was Blake’s doing, but I loved the look on Darrell’s face as he did so.

He came back in and sat across from me. “What’s it going to take to get a cup of coffee in this place?” he asked with a sheepish grin.

“Sorry,” I said with a sideways glance, “but we ain’t got none of that round these parts just yet. Can I interest you in a little something stronger?” I reached into my purse and pulled out a bottle of bourbon.

“Shut up,” I quipped as I opened it up and slammed back a shot. I wiped my mouth with the back of my hand then handed him the bottle.

He took a swig and set it on the counter. “You know Blake’s not happy about this, right?”

I nodded. “I know, but I don’t care. I’ve never been one to rely on others, and I’m not about to start now. He’s just going to have to get used to the idea that he can’t control me. Lord knows my mother tried for years and couldn’t do it. What makes him think I’m going to  allow it now?”

“Yeah, well, I’ll admit that Blake is a control freak, but that’s not why he’s pissed. He wants you to act like a Montgomery. In his mind, you’re the missing link to your family’s former glory.”

I just stared at Darrell in disbelief. “Excuse me, what?”

He took another big swig from the bottle and handed it back to me. “Look, you got to see it from his point of view. All his life, he’s been reminded that even though he’s a Montgomery, he’s still just an outsider. Montgomery women have always been in control, and he was actually expecting you to come in like a whirlwind and take over the family business. He was ready to hand it all over to you lock, stock, and barrel.”

I leaned back in my chair, a look of shock in my eyes. “Seriously?”

“Afraid so. Since he got that first call from you, he’s been as giddy as a schoolgirl. He told everyone he could that his cousin was coming home to take her place at the archives and turn his great-grandmother’s dreams into an empire. Then, you decided to do things your own way and burst his bubble.”

I shook my head. “But that’s not me. I don’t want to run an empire. Hell, I don’t even want to run the archives. I just want a quiet little shop where I can sell a few items and maybe set up a little museum for some of the stranger items I’ve acquired over the years. Plus, and I’ve already told Blake this, I’m not a Montgomery. I’m a McKenzy, like it or not.”

I continued to shake my head, then slammed back another shot from the bottle. Darrell looked directly at me in a way that I felt in my soul. “Tell me about the book in the trunk.”

I nearly spat out my bourbon. I wiped the dribble from my chin and glared at him. “Excuse me? Did you go through my grandmother’s trunk?”

“Then how do you know whether or not I have a book in there?” I tried to sound confident, but I didn’t think I had succeeded.

“You have several books in there,” he replied. “I felt them when I ran my hand over the top of the trunk. However, it’s the one with the strange symbols I’m talking about.”

My anger began to build. “I get that you’ve got these weird abilities, but what the hell gives you the right to invade my world?”

“Calm down,” he said with a devilish smile. “I wasn’t trying to invade your world. It just happened, and don’t tell me you’ve never done something similar. When I was helping get all your stuff loaded up back in Wyoming, I laid my hand on the top of the trunk, and I just felt it.”

Part of me wanted to believe Darrell, but the other part of me found that hard to do. “Okay, I’ll buy the fact that you felt something, but I ain’t buying the fact you saw a book with symbols on it. What aren’t you telling me?”

Darrell sat in silence for a moment, then straightened himself up in his seat. “Fine, here it is. We’ve been looking for the books in that trunk for a long time. They’re part of a set of journals that have been kept by the women in your family for generations. Though it’s only a rumor, it’s said that the very first journal was written by a woman who had an affair with an otherworldly being.”

I stared at Darrell, dumbfounded. “Really, Darrell? Aliens? Are you kidding me? I think you’ve had enough.” With that, I put the cap back on the bottle.

Darrell dropped his head and giggled under his breath. “No, Cherish, not aliens.” His face softened a bit as he raised his head to look my way. “I’m talking about the Fae.”

“The Fae?” I asked in confusion. “You mean like fairies? Come on, Darrell. I might believe in spirits and ghosts, but fairies? Now I know you’re drunk.”

“Look, I know how strange it sounds, but I’m serious. The Fae are as real as you and I. Think about it. Have you ever met someone and just got a weird vibe from them? Like you knew them but didn’t know them? Some people call it déjà vu, but it’s more than that. It’s like a mental connection.”

“Yeah, okay,” I said, still in disbelief. “Let’s say I believe you, which I don’t, but what does any of that have to do with the book?”

“So, there is a book.” I could hear the win in Darrell’s voice.

I wanted to punch him right in his smug face. “You’re an asshole.”

This time, he laughed out loud. “Sorry, couldn’t help myself. If the stories are true, that book is her journal. It’s the story of how your family came to be. Yours and mine.”

I could only sit in silence, shaking my head. None of this made any sense. Fairies, weird symbols, déjà vu? Did this guy really believe all the bullshit coming out of his mouth?

Darrell could tell that this was all too much for me to take in. “I’m sorry, Cherish. I know how this must sound, but I’m telling you the truth. The longer you live in New Orleans, the more you’ll understand.”

I remained silent. I really didn’t know what to say without losing my mind. I wanted to be pissed, but I wasn’t. Something inside me knew Darrell was being honest with me, and that’s what had me freaked out. I actually believed him.

“Look,” he continued as he slowly stood, “it’s been a long day. I’m going to head home and let you get settled in. Just give me a call if you need anything. My place is only about five minutes from here.” I couldn’t bring myself to look at Darrell. My mind was in turmoil, and I tried to come to terms with everything he’d said. “Alright then,” he said in a saddened tone, “I’ll talk to you tomorrow.”

He looked at me over his shoulder and tried to give me a reassuring smile. “Yeah?”

Finally, I was able to look him in the eye. “Do you want to see them?”