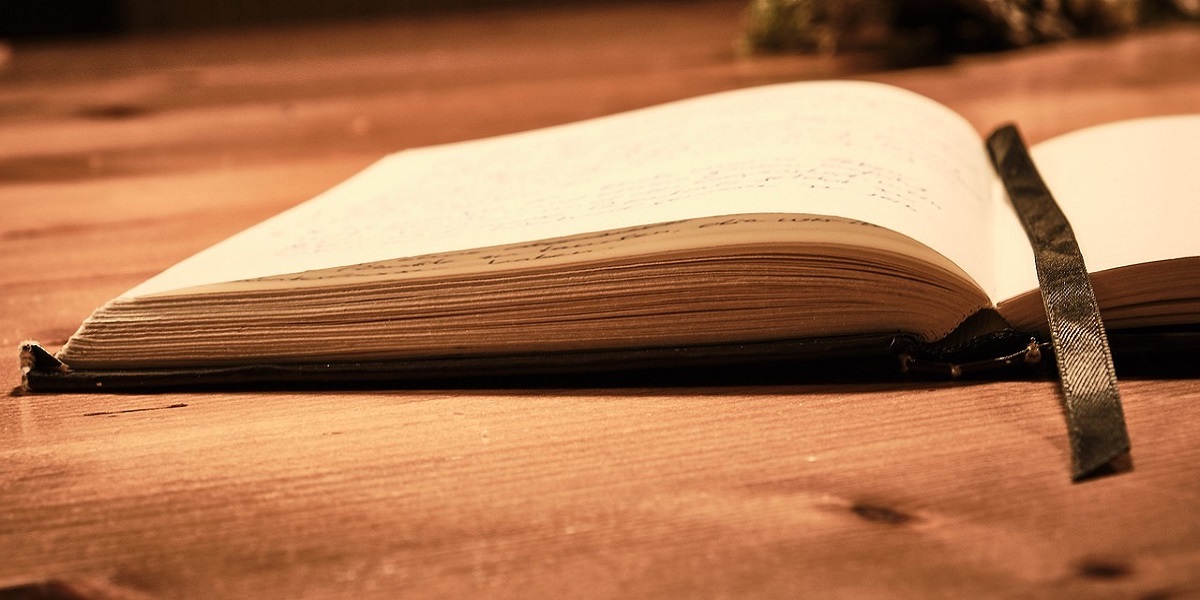 I spent the rest of that night pouring over my grandmother’s journals. I went back and started reading the first one from the beginning. It had been a birthday present from her grandmother, Joan Francine Monte-Gumarie. I couldn’t explain it, but saying her name out loud sent waves of emotions through my soul.

Most entries were nothing more than the mindless ramblings of a young girl. But I came across one that caught my attention. It was about the day she’d turned thirteen.

According to my grandmother, becoming a teenager meant it was time to take her place within the family business. My mind ran wild with vivid images. I knew most of them were nothing more than my imagination, but a few seemed to have a life of their own.

I tried to focus on those images, and something came into clear view. I could see that second-hand store, but in color rather than black and white. It was as though I was standing right in front of it.

As I watched, I noticed the people inside. I wanted to walk closer, but I couldn’t move. I strained my eyes to see through the window, noticing an older woman and a young girl. As I stared in their direction, the older woman jerked her head around and looked directly at me. The shock brought me quickly back to reality.

As I continued to read, I found that daily entries became weekly, then every couple of weeks, and then only on special occasions. The final entry of her early years came in October 1943. When I turned the next page, I found it to be dated September 1946.

In it, she talked about a little festival she and her friend Suzie had attended. She wrote about their new dresses and all the handsome boys they’d flirted with. However, it was the part about the Navy boys that pulled me in.

We didn’t get a chance to talk to them, but my eyes locked with the tall, handsome one. I felt something deep in my craw when I looked at him. My stomach felt all funny, and I couldn’t help but blush.

I wanted so badly to go over and talk to him. But Suzie had to get back home. I hope we get to see them again.

As I read her words, I felt all her emotions wash over me. I couldn’t help but smile and felt a blush spread across my cheeks.

I flipped the page, coming to the entry I’d originally read. I skipped past that one and went to the next. The one that she’d written after their first date.

I just had the most amazing time. Suzie and I went out with Richard and Ian and had the time of our lives. Well, I did anyway.

My handsome Richard and his friend are both recruits over at the Naval Training School. Richard’s family owns some property in upstate New York. He says once he gets done with his training that he wants to take me up there. I can’t wait.

Suzie didn’t seem to have as much fun with Ian. He was kind of creepy. He’s just some country bumpkin from Wyoming. I don’t think that’s what she’s looking for in a husband.

I can’t explain it, but I felt as though Ian was staring at me all night. Every time I’d catch him looking my way, the little hairs on the back of my neck would stand on end.

Richard and I are supposed to meet up again Sunday afternoon. I don’t know if Suzie’s going to want to go if Ian tags along again. It would be nice just to have the day with Richard, but I’m not sure Mother will allow it.

I felt the emotion surging from my grandmother’s words. The hairs on my neck stood at attention, and my arms became covered in goosebumps. Why would she say such things about a man I’d known my entire life and believed to be the kindest soul in the world?

I turned the page to find my grandmother had scrawled Elizabeth Lenore Portland’s words across the page in large letters. However, the last three pages had been torn from the book.

I grabbed the second of her journals, quickly turning to the first page. I had to know what happened but found the first entry was dated 1948. The year my grandparents had gotten married.

As I read each entry, it felt as though someone else had written the entries instead of my grandmother. There was no life in them, no charm. They discussed people she’d run into at the market, new sales going on downtown, and what she planned to make for dinner. Something didn’t seem right.

The only reason I knew it was my grandmother’s words was that she talked about the little knick-knacks she’d bought at local thrift shops and yard sales. That’s when I felt her light shine through.

In an entry dated February 1949, she talked about her new baby girl, Delores Elaine, my mother. I enjoyed those entries most. I could feel the love that flowed through her as she cared for her new baby. I also noticed she didn’t talk much about her husband Ian. At times, it was more like he was an afterthought.

Toward the middle of the book, I came across an entry marked January 1st, 1953. In it, she discussed how excited she was that my grandfather had agreed to take her to Mardi Gras that year. She gushed about how much she missed New Orleans and couldn’t wait to get back home to see her family. I couldn’t stop the tears that flowed down my face. I felt her excitement. I felt her enthusiasm. But most of all, I felt her pain.

Eager to take the journey with her, I flipped the page, but it only added to the emotions growing inside of me.

Ian and I are leaving in the morning to head to Denver. We have tickets to New Orleans and have to be on the plane by 8 o’clock. Ian’s sister is keeping little DeeDee while we’re gone. I wish I could take her with me, but Ian insists she stay behind.

I can’t wait to see the family. I miss everyone so much. I didn’t get to go to Daddy’s funeral, so this will be bittersweet. Mother says she’s happy we’re coming, but Grandma Joan seems indifferent. I wish she and Ian could get along.

I think the first thing I’m going to do when I get back is visit Richard’s grave. I still find it strange that his family chose to leave him in New Orleans rather than take him home. Ian says it’s because they couldn’t afford to have his body flown back, but I find that hard to believe. I guess I’ll never really know.

Grandma Joan says she’s got something for me. She won’t tell me what it is, but that I’ll cherish it for the rest of my life. I can’t wait to see it. I’m sure if it’s from Grandma, I’ll love it no matter what.

I’ll write more when we get back home.

That was the last entry in the journal.