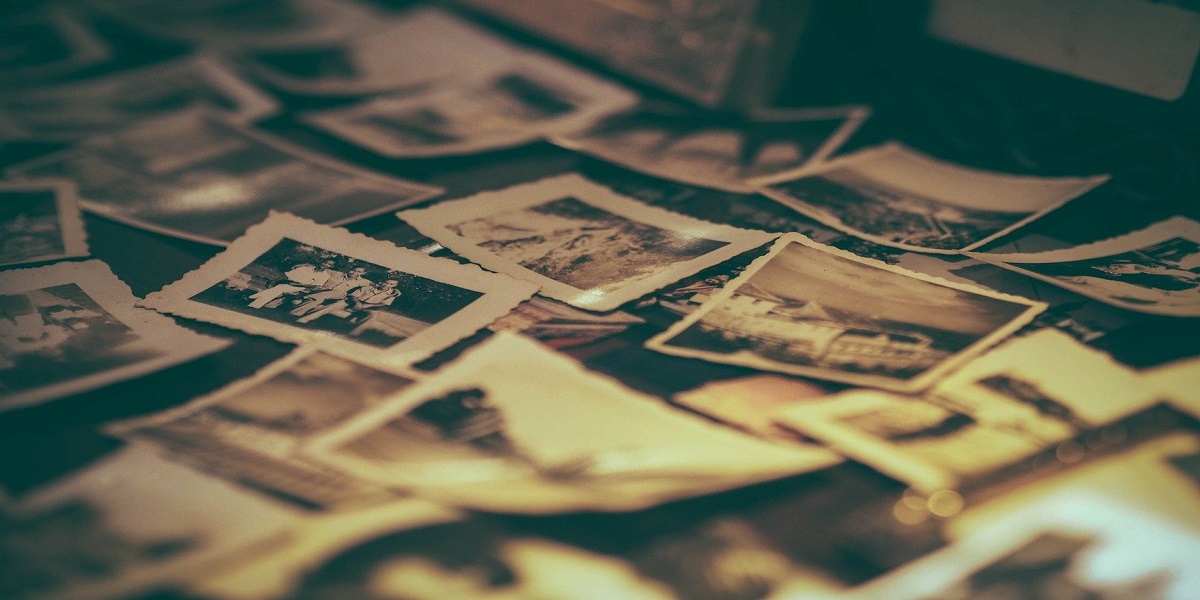 Whispers of the Past

My earliest memories were from when my mother and I moved in with my grandpa. I was only about six at the time, but I’ll never forget his stories. He could tell a story in a way that made it come to life, especially when he talked about my southern belle grandmother.

I never got to meet my grandma but was in awe of the way she decorated her home. Though she had passed away some years before, her tchotchkes were still all over the house. There were a few that Grandpa said he didn’t like, but those were my favorites. I especially loved a little statuette that stood in the middle of her china hutch. It was a masked lady dancing with a skeleton in a top hat and tails. He said she’d bought it at a flea market in New Orleans.

As a kid, we didn’t have much money, so we did our shopping at secondhand stores. Mom said it was embarrassing, but I loved it. I always wanted to see if the shops had gotten any new stuff.

We also hit the garage sales every Saturday morning. It was about the only time Mom and I spent time together. Grandpa would always give me five bucks to spend on anything I wanted. I’d spend hours looking through other people’s junk until I’d find something that just spoke to me. My mom thought it was garbage, but I knew it had some worth.

After my grandpa passed away, Mom worked all the time. However, she still managed to give me a little money for garage sales. Without her by my side, I was free to seek out even weirder items to bring home. By the time I graduated high school, our basement had become something of a museum. Mom hated it, but left me alone. She was just happy I stayed out of trouble.

That summer, I got my first real job, my dream job. I started working for one of the secondhand stores I’d spent so much time in as a kid. I knew the owners well, and they’d always said they’d have a job for me if I were interested. It became a lifelong endeavor.

The owners were getting up there in years, so I did all I could to help out. I learned all the tricks of running a successful business. I learned how to set up displays, where to look for maker’s marks, and how to run the financial end. I learned more in that store than I ever did in school.

When Mr. Cooper passed away, Mrs. Cooper thought she was going to have to close the shop. She was heartbroken, knowing she couldn’t keep up with everything. I assured her that I had no plans of leaving and would do everything I could to help keep the shop running. She invested in a computer, and life got a lot easier.

I spent hours learning how to use that computer and the Internet. Once I got things figured out, I had spreadsheets on everything in the store. I could tell you within moments what was on the shelves and what was still packed away. I had complete lists of things to watch for and people who were willing to make trades.

I inherited the store when Mrs. Cooper passed away. I didn’t want the business to go under, so I came up with a way to expand. I started passing out business cards to people having garage sales and offering to pick up anything that didn’t sell by the end of the weekend. That became a bigger success than I could have imagined. I was able to open my first online storefront and doubled my sales within months.

Through my efforts, I had an endless supply of weird things to add to my collection. My mom finally demanded that I get it out of the basement. She said that there were things in there that freaked her out, so I complied.

My mother had packed up a lot of my things over the years and stored them in a nook under the stairs. As I began removing them, I noticed a steam trunk pushed clear to the back. I knew it wasn’t mine and asked mom about it. She said she’d never seen it before. We figured it was probably Grandpa’s, and she told me to take it too.

I rearranged the storeroom at the shop and set my boxed-up collection in one corner. The last thing to go in was that steam trunk. I couldn’t help but run my hand across the tattered leather edge. There was something about it that just sang to me.

The more I tried to ignore the trunk, the stronger the feeling became. I chalked it up to my obsession with the mysterious, but it was more than that. I put it off for weeks but finally had to see what was in that trunk.

I popped open the latches on the side. They were a bit rusted but opened easily. It was a little harder getting the leather belt in the middle to come loose. Moisture had caused the buckle to embed itself into the strap. I struggled to separate them, but they finally gave way.

An odor of must and mildew rose as I opened the lid. Inside, I could see linens stacked to one side and several small boxes on the other. I picked up each box as though made of glass. I’d open each one and gaze in wonder at its contents. I found rings, bracelets, and a couple of ornate handkerchiefs.

At the bottom of the pile, I found a shoebox filled with an array of things from a Mardi Gras celebration. There were a ton of beads, a few postcards, and a stack of pictures. Most of them were of a beautiful woman wearing a feathered mask. But one grabbed my attention. It was that same woman standing beside a very handsome man. A man who looked vaguely familiar. “Grandpa?” I muttered to myself. That’s when I realized that the woman was my grandmother. I turned the picture over and found the date 2/17/53 written on the back.

I lost track of time looking through those photos, but curiosity took over, and I continued my search. I picked up the stack of linens and found more boxes hidden beneath. Each held more treasures, several necklaces and pendants sitting atop cotton swatches inside decorative boxes. As I pulled the last one out, I caught the slightest movement of the trunk bottom. I could see a dark spot in the very corner of the trunk. It was a false bottom.

I grabbed my keys and used one to help pry the trunk bottom out. There, lying in perfect unison, were six little books and an intricately ornate box. As I tried to pick up the box, I found it had become stuck to the bottom due to years of neglect.

I ran to my toolbox and found a putty knife. I figured the books would be stuck as well and wanted to use something a little more delicate than a key. Slowly, I worked the putty knife under the box. It took a few minutes to break it loose, but I managed to do so without doing any serious damage.

Before opening the box, I worked to free each of the books. Most came free relatively easy, but the one in the front corner seemed to be firmly in place. As I tried to work out the solution, I saw a flash of fire in my mind. I wasn’t sure what it was, but something told me to heat the knife. I ran a lighter across the steel for a few seconds, then tried again. Amazingly, it worked like a charm.

I felt a need to open that book as soon as it was in my hands. Inside the front cover, I found the inscription:

I knew my grandma’s name was Lizzie, which I assumed was short for Elizabeth, but that’s really all I knew about her. I had all my grandpa’s stories, but they were all about their lives together. He’d never really said anything about her life before they’d met. Was it that he didn’t know much about her early life or that he didn’t want to talk about it.

I sat the book down with the others and picked up the box. It was about 10” long and about half as wide. The top was covered with a piece of turquoise satin fabric embroidered with gold thread. I figured it would hold a pair of silk gloves, but I was wrong. Inside was the most beautiful feathered mask I’d ever seen.

I studied that mask and realized I’d seen it before. I grabbed one of the pictures from the stack and noticed that it was the same mask that my grandma had been wearing. I was mesmerized. It was done in feathers of blue and purple. There were gold sequins around the eyes and a black silk cord to tie the back. I just couldn’t help myself. I had to put it on. As soon as I did, something awakened inside me.

The darkened room came alive in vivid colors. I had a hard time focusing on any one thing, but within moments, I could see things that shouldn’t be there. I looked back at the photograph of my grandparents and felt myself pulled into a vision. I saw an old storefront. In the window, I saw the words Whispers of the Past. I could smell salt air and moss, and I could hear the sounds of trumpets in the distance.

As that vision faded, another took its place. I saw a piece of parchment with the word DEED printed in a gothic style across the top. Then, in the back of my mind, I heard the words, “Beneath the mask.”

I had no idea what that meant, so I took it off. The vision faded, and the room went dark once more. I turned the mask over, finding only a piece of worn suede. I looked down at the box and took out the cotton batting. There, taped to the bottom, was an old safe deposit box key.

As I took hold of that key, I felt sure that my entire life was about to change. I didn’t know if my mom knew about a safe deposit box, nor if I should tell her. I needed to figure out what was in that box first, then make a decision.

I wasn’t sure where this journey would end, but I was sure I was about to embark on something magical.