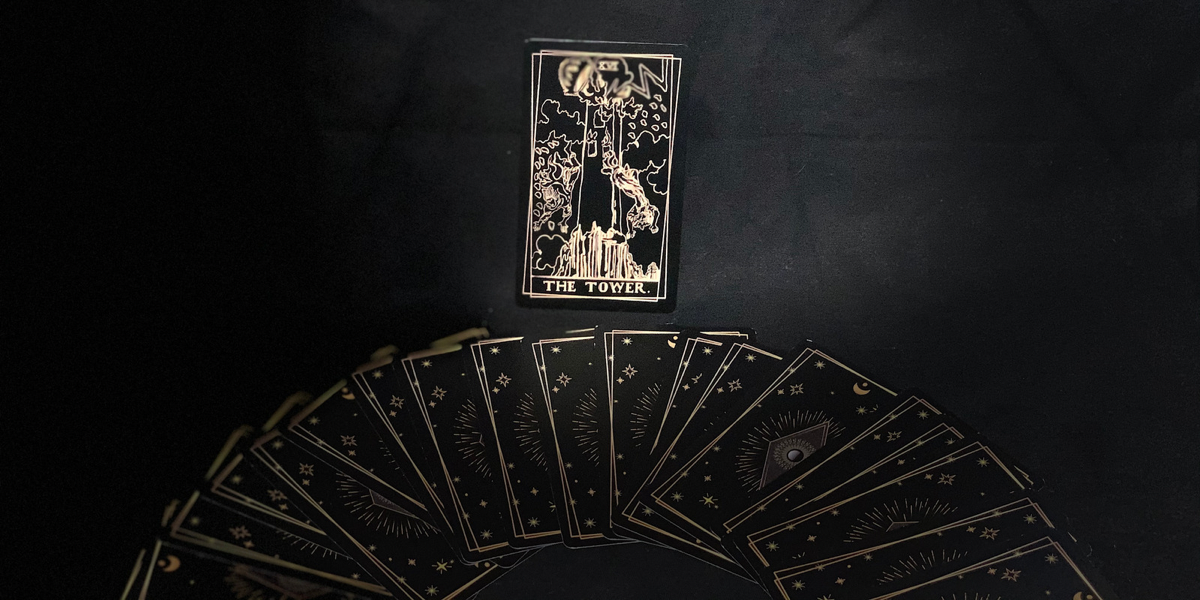 One of the fourteen purses I’m wearing catches on the doorknob of PJ’s Coffee, nearly making me fall. It doesn’t help that I’m wearing one combat boot and one stiletto heel. I think I couldn’t decide on which vibe I was going for. One half of my vibe felt like fuck with me, and I’ll curb stomp you. The other was more I should be working the bar of the Monteleone, and be paid by the minute to speak to anyone.

I yank the bag free, teetering on my uneven shoe wear, and slamming my shoulder into someone’s arm. I really should have picked the curb stomper for my footwear vibe today.

I focus on the bags, mumbling, “I didn’t see you there…didn’t see, couldn’t see…hmmm.”

What am I forgetting?

My brows furrow when a warm hand covers my shoulder, drawing my gaze up, and up, and up. “It’s fine. Are you okay?” he asks.

His hair is dark, close to black, a lock falling across his deep blue eyes.. Not what I expected. Even for his height, his frame is wrapped with lean muscle. This is a man that will only fight if he has to. He is a leashed beast that you provoke at your own risk. When my eyes lock with his, something tugs on my mind. “I have something for you.” I pat around in my various purses, but don’t drop my gaze from his. I find what I’m looking for and hold out the plastic fork. “This is yours.”

He blinks and drops his hand from my shoulder, taking the fork in his warm fingers. I have to fight the need to shiver from the sudden chill.

“Mine?” His voice sounds like wind through wings, deep timbre of a crackling hearth, like…freedom. But I’m also insane, so I might be imagining things.

I nod at him, moving past him to my table. “It’s a dinglehopper.”

I sit, taking off the purses, rifling through them again. I find the eggplant-shaped one filled with buttons with the words Show Me Yours, I’ll Show You Mine, across the side. I dump the contents onto the small round table, several spilling onto the floor.

He follows me, dropping to his knees, and picking up some buttons and putting them on the table. “Right…okay…um…”

I frown at him, snatching my buttons from his hand, putting them on the table, lining them all up. They need to lay flat, in a pattern, for a reason I can’t remember at the moment, but I know it must be important.

He raises his hands and stands again, looming over me. “I was just trying to help…”

I narrow my eyes on him. “Why are you still here? I gave you…the thing? Or did I?”

I could have sworn I did, but I start digging through the purses again to check.

He pulls out a plastic fork, showing it to me. “You did. See?”

I blink at the fork, cupping his hand in both of mine, my eyes on his. “Dinglehopper.”

He stares at me intently, and I feel his hands warm more. “My dream…”

I whisper, “Do you see things, too?” His response is cut off by a loud buzzing from one of the purses. I release him to dig through them again, grabbing out the brick of a phone, putting it to my ear. This phone makes me feel like I should be greasing my hair back and wearing a pinstripe suit.

If there’s one thing I know it’s that greed is good.

“Beep, beep. This is the street,” I answer into the phone.

He reaches out to tuck a lock of my hair behind my ear, startling us both. The person on the other end of the phone rattles off rapid Swahili in my ear, but I’m not focusing enough to translate.

“You don’t speak Swahili?”  the voice on the other end asks.

I lean into his hand before saying into the phone, “I know, he doesn’t seem to understand. It’s like he never lived through the 1990s. I thought dragons were supposed to be smart but…”

He’s staring at me. Whoops, was that in English?

I tilt my head, watching as the slightest bit of smoke curls from the side of his full mouth. I catch my lowery lip in my teeth before speaking into the phone again. “He didn’t live through the Disney Renaissance. Living on the run must be wearing on him.”

He snatches the phone from my hand, putting his ear to it, snapping, “Who is this?”

I slide away from the table, leaving my purses and phone behind. Places to be, people to save. Step to the side. Dance out of reach, so many futures to see.

I’m outside the coffee shop, jumping into a puddle before I hear him call out again. “Wait!”

My stiletto heel snaps from the jump, and I’m about to fall, but the dragon catches my arms. “Who are you?”

Hmm. How to answer. The better question would be, who haven’t I been? Put me in a toga, and I’m the Fates. Viking attire, I’m the Norn. Egyptian headdress, I’m Ma’at. I’m the Oracle in almost every story he’s heard. But to be honest, I’m just so tired.

“Me?” I whisper, exhaustion weighing heavily in my tone.

He’s so warm, protective. He tugs me close, and I collide with his chest. “Yes. You.”

I trace my hands up his chest, looking up at him, and purring, “Hmm, warm.”

I cuddle closer, sliding my hands into the back pocket of his jeans. Even though he shivers, his body heats. My ear is pressed against his chest, and I hear the sound of something awakening, but that might just be the other voices clamoring in my head.

His voice softens, his arms wrapping around me. “Why were you in my dreams?”

I barely hear his question, curling against him. I could close my eyes for just a second, just for a minute to rest. “Hmmm.”

He’s too warm. I blink, my eyelids lifting slower and slower.

“What’s your name?” he asks, pulling me even tighter.