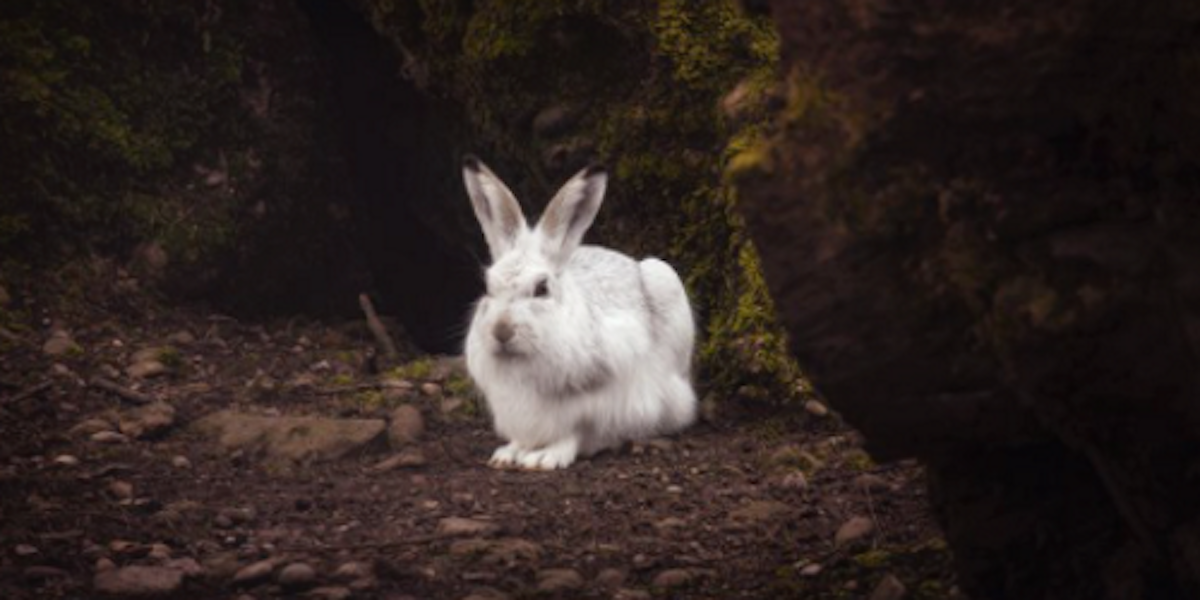 This isn’t just about putting the past behind me, this is about moving forward. I’m not arrogant or above this city and what it has to teach me. Whether they were right or wrong, I am actually trying to listen to those who put me in my place the other night at the Cat’s Meow.

So I tried, which led me to subtler shows of power, trying to get the right kind of attention. Instead, I got hers. Right in the wrong way? Seems so.

I eventually learned to call her Cassandra, rather than just referring to her as White Rabbit based on the tattoo on her wrist. If she told me her last name, I missed it. Besides, we have better things to do with our mouths. She says she’s psychic, and by the way she works, I believe her. Every thought, urge, and desire I have as our bodies writhe together, she meets and anticipates before I can even voice them.

It would be an understatement to say that I didn’t do this much. My controlling, abusive guardian didn’t exactly let me have conjugal privileges with overnight guests. But in the few cases where another curious teen and I put those sex-ed classes to the test in a locker room or under a bleacher, I had gotten decent reviews for my performance. This was blowing all of that way out of the water.

After rounds three and four, we were basking in what some would call afterglow. I say some, because in this case, it was pretty hard for anything to glow in the midst of a motel room that looked like a backdrop for Law and Order: New Orleans.

“Sorry about the accommodations, It’s just temporary,” I scoff.

I’m distracted from her offhand comment as I notice she has pulled a button off the dress shirt I had been wearing, now crumpled on the floor.

“No,” she laughs, “I remember everything.” The way she says it in combination with her earlier remark, I know there is hidden meaning behind the words.

“Oh? How long you been in this town?” I try to play it flirty, but I think she gets my meaning when she looks me dead in the eye.

“I’ve always been here,” she says, suddenly serious then smiling as if nothing happened.

I don’t feel afraid, even though I do intrinsically believe her.

“You don’t say. Since you know this place so well, you wouldn’t happen to know of any people in need of my talents, would you? Someone who could help me here as much as I could help them?”

“I need…some people on my side.” I choose my words carefully, trying not to sound pathetic. I don’t wanna be alone. Those iridescent eyes from the crowd at the Cat’s Meow crawl back into my mind.

“I’m gonna try not to be insulted by that.” I smirk.

“Nothing. Yeah, I think I can help point you in the right direction. Got a pen and paper? If not, I could always just draw it on your back in lipstick…” She winks madly.

I suppose I asked for this. I hand her the notepad from the motel end table. Here goes nothing.

I don’t know what I expected, but it wasn’t this. I follow her directions to the letter and what I find is not some high-class mafia don’s den or even a backroom hangout for a local gang. Instead, I end up in a dark warehouse that smells like death and cigarettes. I think I’d have preferred a mad tea party.

It’s the dead of night, and I feel Not-Tommy Tommyache grumbling inside me. Not sure how he feels about this, but I can tell he’s paying attention. There’s a simple lock on the door, basically an invitation. I reach out my hand, scrunch up my brows, and think break. My magic rends the tiny little lock, and it falls to the ground in pieces.

I stumble in, pulling my hood up. My eyes strain in the darkness only for the lights to pop on so fast I thought my magic activated by accident.

“What the fuck is this?”

What I really didn’t expect was how many people would be here. All of whom are now staring at me. Didn’t she say he was alone like I am? But then again, she speaks in riddles, and she also said she’d find me people. So it’s just me and the foreboding mass of shadowy figures moving towards me. Great.

The thing is, they don’t look like they’re having a meeting or anything. In fact, I almost expect them to start singing like the Sharks and the Jets.

“We said no tricks!”

Just as quickly as they turned on me, half of them started in on each other. Helpful ever so slightly. It still left me with the rest of the Outsiders to deal with, and Pony Boy looks a bit meaner in this version.

“I think there’s been a misunderstanding,” I say calmly, raising my hands.

“Eat them alive!” I hear Not-Tommy scream in my head. Not helpful.

“You bet there has,” Pony Boy snarls, whipping out a switchblade. I flick my wrist, and a small burst of flame hits the knife, causing the metal to glow with heat. The guy screams as the switch hits the ground with a clang.

“Kid’s a Sourcer!” another screams.

“Who do we got who’s packing? Ramone?” Pony Boy cries, tears in his eyes as he cradles his hand.

Ramone steps forward, his face briefly shifting from low rent Rob Schneider to one not unlike a rat as he hisses at me.

I already tried push at the club, so let’s not play repeats just yet. This time I look right at Rat Shneider’s dumb face and think pull. He comes flying towards me, and I catch him by the throat. Using the superhuman grip that still thrills me in a way that terrifies even myself, I lift him over my head with a wet growl.

I give in to Tommy’s gurgling as my own, feeling the heat in my throat rise like bile.

I snarl at him, my eyes lighting up with fire even as I feel the furnace within me erupt. A serpentine tongue of flame bursting from my mouth as I look up at him. I lick a stripe up his face as he lets loose a blood-curdling howl, his skin melting like candle wax.

I hear the screams, and inside me, Not-Tommy is singing.

I drop Schneider’s limp form, casting my gaze at the crowd, and loose my flame on them in a roar. They scatter like mice… save for one.

A beautiful dark-skinned woman moves out of the remaining shadows as if she wore them as a second coat.

I look her over, her fashion alone putting her in a different league than the Newsies from Hell I just chased out of here. But it is her face that really gets to me, the confidence stamped in her eyes. Learning from my lessons, I allow myself to power down. Be smarter about this than at the club.

“Hello,” I say as nicely as I can muster as the adrenaline still pumps in my veins.

“Well, hello yourself.” She waves. “I should thank you, young man. What’s your name so I can do it properly?”

“Ash. Ash Kang.” The last name was new. Just made it up this second, “Thank me for what?”

“You just took a pretty boring recon and livened it up!” She laughs.

“We just arrived in town. Boss sent me looking for new recruits. I think I found one. Roman is gonna be happy to meet you, kid.”

Long scribbling his own tales for an audience consisting only of himself, he has only recently begun to seek a life professionally writing. Published only in local journals and a few online blogs, he nonetheless feels he has tales to tell and is ready to tell them. A lifelong addict of myths, legends, and folklore, his stories are built on magic and over the top tales of fantasy and wonder but grounded in the through-line of the human experience. Each story at heart being about the connections between people and the unsung lives of misunderstood people. He is currently working on his first real novel if his muse holds out. Follow him on Twitter for more news of this and any of his other inane ramblings.