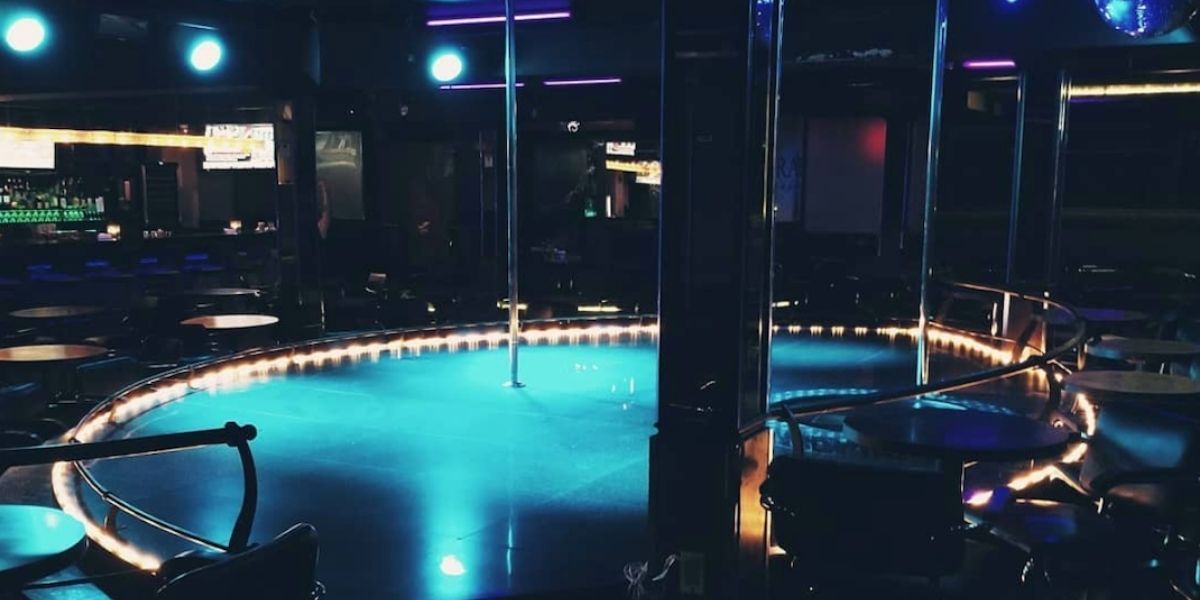 Nighttime had fallen on the Crescent City when I found myself back on my boat. The swim home from Gulf Port had not taken too long, but I still delayed the return an extra day or so. I could not smell the super trawler or her crew near the Spring Tide, so I breathed a sigh of relief.

As I boarded my boat, I caught an odd scent. I immediately knew that someone had been there. I pulled the chain away from my body, sighing at the lack of space to use it here. “Hello?” I called out, snapping the whip into shape. I did not hear an answer, and the scent that caught my attention felt old. Maybe a couple of days old, and it smelled of Old Spice. “Gideon,” I muttered and coiled the whip back up.

I smiled and made my way into my cabin, bringing the whip with me and placing it on the bed. A note was waiting for me, one I had to read three times.

Tania wants to see you back at Aces. I told her you wouldn’t go back there, but she insisted. She said she had information regarding Estran.

My heart stopped, and I dropped the letter on the floor, visions of that night assaulting my mind. Gideon was right. I could not return to Aces. I would never go back, but if Tania had information, if she knew anything about Estran, I owed it to Ceci to find out. That was a decision for the daytime when the ghosts did not walk so openly. Suddenly exhausted, I stripped quickly and crawled into bed, trying my best to avoid those nightmares. I was not so lucky.

The next morning dawned pale and cool. A brisk wind blew in off the Gulf, and I shivered slightly. I felt like the ghosts from my past were crowding around me, driving me back to the club. I felt a ghostly hand on mine and knew Cecilia was near me. My resolve strengthened. I would do this for her. I could do anything to bring her murderer to justice…to avenge her. I texted Gideon to tell him I received his letter and that I would go to Aces, and he offered to accompany me, but this was my battle. Like everything else, I had to do this alone. I set about writing some instructions for Gideon should I not return. Then I packed one of my old dancing outfits into a satchel with my favourite heels and left the note where his had been.

Later in the evening, I dressed in comfy clothing since I could not walk the streets of New Orleans in my work attire. I wound the streets leading me back to Aces. I saw the long line at the front and almost smiled despite myself. It was still early in the evening, and there was always a crowd. I slipped around back to the employee entrance and saw a new bouncer there. The brute of a man stopped me and told me to head back to the front.

“No, I am here to see Tania,” I replied firmly.

“No one but the staff comes in the back door, little missy,” he boomed, a deep bass emanating from his throat. I shuddered involuntarily and saw him smile. Tania was hiring thugs now, and I almost turned to go home. “That’s right, little girl, run on home to your Daddy.”

I snapped. Now, I was not tall by any means, but nor was I short. I was quite content in my height. But to be placed into that kind of kink, which was absolutely wrong, with no warning…something broke. All the rage I had been feeling since Cecelia’s funeral boiled over, and I swung my whip out and put all my anger and emotion into the snap, catching him around the throat. I yanked him to the ground, hearing his knees crack on the cobblestone. “You will let me in now, or I will see what else I can do with this thing,” I grated out.

I heard a soft ding emanate from the building, which told me the back door had opened. “Valeria Alopex. You know you shouldn’t attack the bodyguards.” Tania’s Cajun drawl clipped my ears harshly. It had been a while, and her age had not softened it, or her.

I stood up, straightened my back, and walked toward her. “Your new brute would not let me in.” The whip left welts on his throat as I yanked it free. “Maybe he should treat women better than he does, and he would not get his ass handed to him by a princess.” I threw the comparative term back at him, confirming the idea in his mind. As he rolled onto the ground, I leaned over and whispered in his ear, “You do not want to test my actual patience, little man. I could eat you alive for breakfast.”

Tania began laughing and led me inside, the noise of the club assaulting me the moment I crossed the threshold. It was as if they had warped the sound to stay within the club and not permeate the walls. The door closed, and for a moment, I froze. I was a predator, born and bred to kill. But here…now? I felt like the ultimate prey, the one who willingly walked back into her captor’s trap, and I suppose I was. Tania’s hand rested on the small of my back and I looked up at her. Easily 6’ 4”, Tania towered over almost everyone in the room, including those in heels. I forgot how commanding her presence was.

“Why did you come back?” she asked softly and guided me to the back rooms and her office.

I stared at her, confused. “Gideon left me a note, telling me you wished to meet…that you had information on Estran.”

“Oh, yes. But I didn’t think you would come in so soon.” Her voice was almost cold.

My face went slack. “He is responsible for Cecelia’s death! You owe her your assistance.” She guided me to a seat, but I was shaking so hard, I could not sit.

Tania looked at me and pointed at the chair beside me. I fell into it, feeling the adrenaline leave me. “I am terribly sorry for Cecelia’s death. She was an excellent dancer and a wonderful girl. I know you break for her.”

“I do, Tania. I need to avenge her.” I jumped in quickly before she got her finger up to shush me.

“You already killed the one that raped her.” I flushed and nodded. Only two people knew what happened. “What is Estran to you?”

I gulped slowly. “He was the one that orchestrated the capture, the rape, and torture. He was organizing our sale to the exotic fishmongers, who were going to cut us up for food.”

Tania’s face blanched. She had not known that part. “He was what?”

“He found out what we were. I do not know how or from whom, but the two of them knew, Tania.” Her hand went to her mouth, and she stared at me in horror. “What, what is it?”

“He is one of our best patrons.” I rolled my eyes. Of course he was. “But over the last few years, we have noticed some of our more unique staff have gone missing.”

“Unique, how?” I knew her skill at lying was stronger than her ancestors. Tania had only a tiny part of fae in her, but every so often, the truth came out exactly as needed.

“They were like you, were-creatures, witches. We had a vampire for a while to fill your slot. The very best kept getting booked by Estran and a different lackey every visit. Then they disappeared. It wasn’t every weekend. I would have noticed that.”

“Tania, you are part fae. You would have noticed regardless!” I shouted.

“Well, now you see why I’ve hired bigger goons. I swear the one you took down was a part troll.” I wrinkled my nose at her comment. “I need your help, Valeria. I need you to track him down and find out what’s been going on.”

My eyebrow shot up. “To what end, Tania? You have to know what I will do to him once I find him.”

She nodded quickly. “Yes, and I don’t care, Val. Kill him, torture him, marry him. I don’t care so long as you get the answers we both seek.”

I looked at her carefully and nodded. The sign of relief that was on her face shone through the room. “I will need my job back, but it absolutely cannot interfere with my work at Ocean Guardian. That is still my first job.”

Tania nodded quickly. “Anytime you need off, it’s yours.”

I stood up and held out my hand. “Good. Also, I am obviously not living in the old apartment. I will need to update my file here.”

Tania took it, shaking it strongly. “We can handle that later,” she replied, and smiled. “When can you start?”

I opened my satchel and pulled out my outfit. “Tonight, I will take my old time-slots back, too.” She nodded once more, and we left the office.

She guided me to the back door and opened it to show the brute of a bouncer still holding his hand on his neck. “Arrin, this is Valeria. She will dance for us again. You are to let her in whenever she arrives.”

“But what if it isn’t time for her shift?” he asked croakily.

“Whenever she comes, Arrin. Valeria, being here is worth more to me than anything right now,” she snapped back.

I looked the giant man up and down and could not help the teasing that came out of my mouth. “This little princess is going to help Tania track down, question, and then dispatch a terrible man.”

His eyes widened. He must know about Estran. “Her, you are sending her?”

Tania smiled and nodded. “She has many skills that you know nothing about, Arrin. Maybe on your break, come in and watch. Pexie here is absolutely hypnotizing.”

I blushed slightly and smiled. “Thank you, Tania. I worked hard to get that way. Now, are the change rooms in the same place?” She smiled in response. “Good, I will go get changed, pick out a corner, and then get to work.”

Eight hours later, when my shift ended, I slipped my heels off. I put my comfy clothing on over my work stuff, and walked home. The cool morning air was refreshing to my skin, and I knew I had made the right decision. Now, I just had to figure out how to explain this to Gideon.