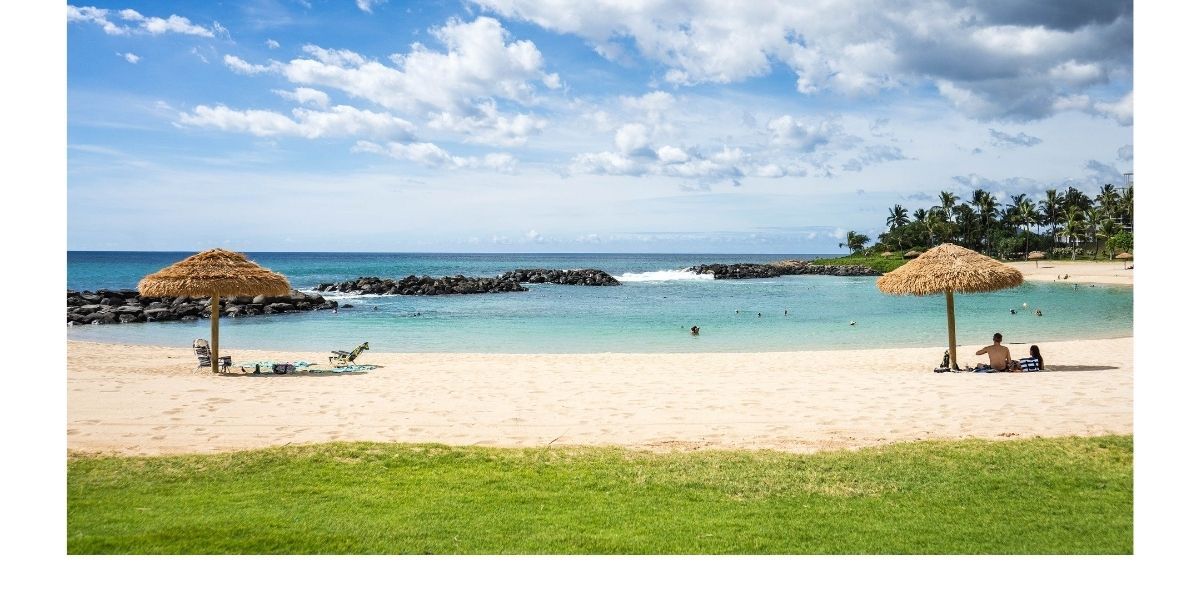 A Strange Homecoming, Part I

“Aloha, and welcome to Hawaii!” the greeters called out as my flight exited through baggage claim. I did not need to claim anything, as all I had with me was a small carry-on. I made my way to the exit, eager to be in the open sea air. A man blocked me, a large, ungainly man, yet an instantly recognizable one.

“Miss Alopex, it is good to see you again,” the man’s voice boomed in my ears.

I sighed and leaned against the wall, putting some distance between us. “Leon, it has been a while. Why are you here?” I was on vacation, or at least I was hoping to be.

“The Regis seeks your company.” His words were curt, and my breath stopped.

“He is here?” Leon nodded as I shook. “No, he knows my answer. It has not changed since the last thousand times he has asked. I will not.” I pushed myself off the wall, slung my backpack over my shoulder, and tried to walk past Leon.

The massive man blocked my path with his arm, and I looked up at his dark brown eyes. “You will see the Regis before you leave the island, or you will suffer severe consequences, Valeria, daughter of Lochlyn.” I shivered violently, even against the humid Hawaiian air. Leon’s voice dropped, and I found that I could not look at him. “How long has it been since your last shift?” My head snapped up as he continued. “You think he is not out there, waiting?”

I shouldered my way past, his last words ringing in my ears. “The moment you hit the water, Valeria, he will know.” As soon as I burst into the sunlight, I took off running. The resort I was staying at was over the water, and I had a vague idea of the direction I needed to go. I could have taken a taxi, but this need to run was primal. It was animalistic, and if I understood anything, it was animal instinct.

After a brisk jog, I found the resort. Even though this was a vacation, my work was putting up for the accommodations because I was doing additional research into the locals’ ocean preservation methods. I was ok with that because it gave me opportunities to swim around the islands, see things firsthand, and gauge how effective they were. Ocean Guardians did not know how lucky they were to have me on their staff. I checked in and made my way to my room.

The breeze flowed through the room, calling me to the water, and as I sat down and looked over at the azure sea, I battled myself. If I went in, the Regis would surely find me. He was bigger and stronger, but I was faster. I was sure that I could get away if he caught up to me, but was it worth it?

It had been days since I had been in the water, and my skin was beginning to itch. Damn it, Leon was right. I needed to swim. I needed to shift. I jumped up quickly, changed into the pale green bikini I had brought with me, and made my way down to the beach. I picked up a towel from the bar, but I was lost once my feet hit the sand. The ocean beckoned me, and I dropped the towel, running full-tilt into the surf. My feet crashed into the salt-water, and I felt my skin begin to melt away. I dove beneath the surface and swam as fast as I could. My body elongated and narrowed, becoming streamlined, like a bullet. My caudal fin shot out behind me, doubling my length to 15 feet. My arms shortened slightly and flattened into two pectoral fins, and my face rounded out, with large round eyes and wicked sharp teeth. All in all, I looked like any other thresher shark in the waters.

As soon as the transformation was complete and I was far enough away from the shore, I picked up on a few presences. One of them was Leon. He was massive and nearby. The other one I recognized was Great. Fuck. The Regis was here, and he was closer to me than Leon. I turned and swam in the opposite direction yet stayed away from the shoreline. I would not be responsible for bringing a bull shark and a great white shark into populated areas.

I felt the chase begin, and I sighed. While yes, I was faster than both of them. I had been running recently, which tended to tire me out. A few miles in, and I felt myself slowing and the others gaining.

“Valeria,” a voice echoed in my mind. But I did not know why or how or where it came from. “Come to me, Valeria.” It was feminine, and I realized that the two males had stopped their pursuit. I took the chance and put on a burst of speed, leaping 20 feet into the air, and reentering the water with an open mind. There were underground caverns nearby, and the voice seemed to come from there.

As I entered the cave system, I felt magic surrounding me. Weresharks had their own innate magic and an ability to change at will. But this magic was more than that. I needed to know what it was. There was a large opening, and the surface appeared, so I approached cautiously, not sure what I was going to find. I could not feel Leon and the Regis behind me anymore, but I knew they would be nearby when I left. My head broke the surface, and I changed back, my arms resting on the ledge in front of me.

“Valeria. Welcome home.” The voice was beside me as I hauled myself out of the water, wringing my hair out and braiding it quickly. I preferred having it tied back while topside and when it was still wet.

“Who are you, and what do you want with me?” I asked, a little more forcefully than I would have liked.

“I am the spirit of Ka’ahupahau, a magician of the Source who lived here in these islands many hundreds of years ago. It was I that blessed my son and his descendants with the ability to change into the body of a shark. I am your ancestor.” Her voice reverberated through me, and while I was skeptical, I did not detect any lies. “You need to find the rest of the truth about our line and your family. You will play an essential role within your community, Valeria. One I know you have not asked for.”

I sighed and walked around the cavern, my bare feet gripping the wet stone. “I know what the Regis is going to ask of me. He has been asking for years, but it is not my place. It never was. It was Alaran’s.” My voice caught, thinking about my brother, the only other person in my family to have survived the spill.

“Do you know for a fact that what he is hunting you for now is the same question?” Ka’ahupahau countered.

I stared at the wall, the spot I felt her presence the most, and placed my hand over the site. As I did, a vision of the woman speaking pierced my brain. “You are beautiful, Grandmother.”

“Thank you, child, but the question is still unanswered,” she replied.

“He is attempting to persuade me to take over my father’s position as his advisor.” I shuddered, and it was not because of the chill in the air. “I cannot do it. The position rightfully belongs to my brother, Alaran, but he has been missing for ten years.”

“Why do you not take it, Valeria, step into a revered and vital role?” Her question was valid and one that I had wrestled with for a decade.

“Because I have no desire to be in the spotlight. To be the right hand of the Regis is too much for me. I have never wanted to be so visible.” I closed my eyes and stepped back from the wall toward the edge of the water. “I just want to protect my oceans, my home, and what remaining family I have.”

I sat down and dipped my legs in the water as I felt Ka’ahupahau’s presence move beside me. “I fear that you will grow to be a larger presence in your world than you know, even if you do not take the position beside the Regis. If you are set against this elevation of status.” I shuddered. Threshers did not get many opportunities to prove to the higher-ups that we were every bit as capable and sometimes better. “If you are, I would have you travel to a place called New Orleans. Do you know of it?”

I nodded, then realized Ka’ahupahau was a disembodied voice and was unlikely able to see me. “Yes, I know of it. I was born and raised in the Gulf of Mexico. I have been to the Crescent City a few times.”

“Good, because that is where the Source is. The magic in this world springs from that location, and I need you to go there. You will find answers to your questions and perhaps a new purpose in your life. Not that the life you are living is not worthwhile, but I know you can be so much more.”

I looked over at where the presence was pooling, and I swore I saw her figure, the same as I had in my mind’s eye. “I will do as you ask, Grandmother, but I do not see my life changing.”

“Go then, Valeria, with my blessing. Enjoy your time here first, you do not need to rush off, but I will know when you have reached the Source. Good luck, my child.” And with that, she vanished. I lost the feeling of her presence, and I realized I was crying. Her company, her being, was so full of love that I felt empty without it. I had never known love, not real love outside of the family unit or between friends. I doubted that I would ever find it, and if I was honest, I did not want to try.

I slipped back into the water and shifted easily, my other form taking over in the span of a breath. I left the cavern quickly and made my way back into open water, with the intent of heading back to the resort. I was stopped by two sharks, a bull shark, and the largest great white I had ever seen: Leon and the Regis.