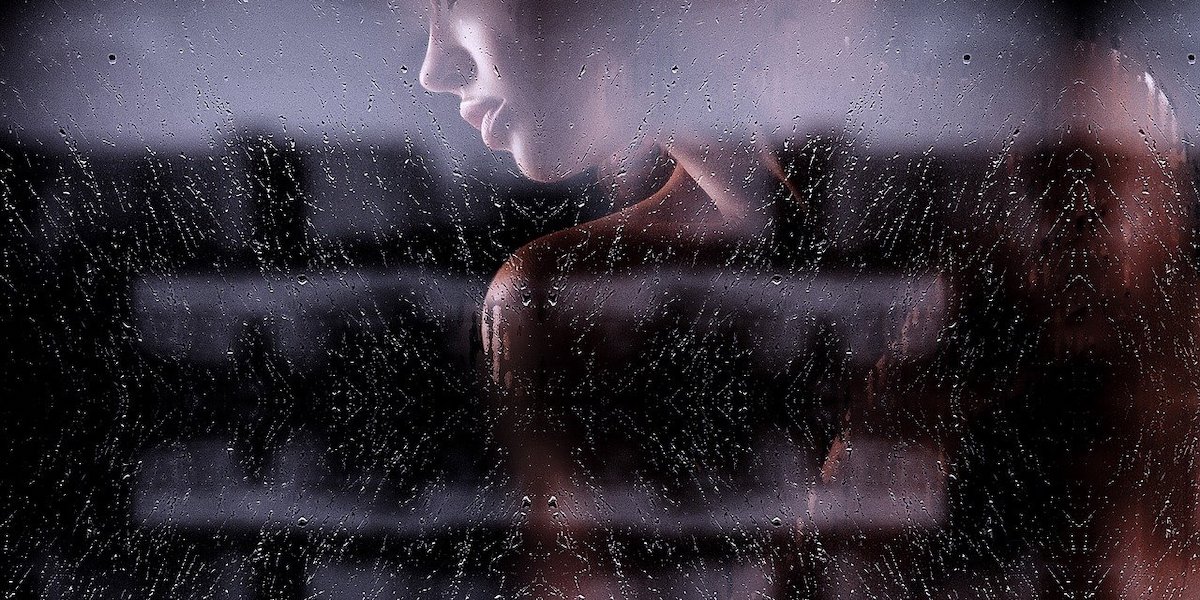 Enveloped in the clammy, ghost-grey fog, she stumbled forward toward the feeble, flickering halo of a single gas lantern. The light was her salvation. If she could just get to the light, she would be safe. She would be free again.

The sooty tentacle mist was relentless, though. It writhed and coiled around her, tugging her back, back, back into the darkness. Familiar voices became a whispering chorus singing the same lyrics over and over, “Stay with us, Maggie.”

Each time it was harder to resist the invitation. It would be so much easier just to let it drag her back into a mist so thick and dense that it was a heavy, suffocating weight. Still, she pulled against the clutching wet fingers that grabbed at her.

The alarm blared, jerking her from the recurring night terror. She reached out blindly, feeling for the phone, hitting the screen until it went silent. Blessed silence, except for the barely perceptible high-pitched ringing that was an ever-present white noise. It was a subtle reminder of who and where she was. She was a child of the Source, and she was at ground zero, New Orleans.

Hesitantly, she opened one eye, then the other, and sighed. It was still dark out. Through the partially opened blinds, she could see the silhouette of ancient oak branches backlit by the glow of the fading moon against the predawn sky.

Maggie had a love-hate relationship with mornings. On the one hand, there was coffee and the end to her nightmares. On the other hand, mornings brought business, and business brought people. The only thing Maggie dreaded with equal measure to her nightmares was interacting with people, new people in particular.

She tapped the screen and brought the phone to her ear, her first spoken words of the day strained and gravely, “For fuck’s sake, Jaxx, can’t I even pee and get coffee first?”

A soft chuckle greeted her. “Rise and shine, oh faekin of mine.”

“Maybe, but it’s not too early for coffee and beignets, is it? Chop. Chop. Time’s a-wastin. I want to get there before the tourists wake up.”

The there she referred to was Café Du Monde, the hundred and sixty year old coffee stand that was the pair’s regular meeting place. It was also a must-see destination for the city’s visitors, which meant long lines to get in once the t-shirt and plastic beads-clad crowds showed up.

“Yeah, yeah. Listen, I was thinking…” Maggie started but was immediately interrupted by Jaxxon.

“No, what? You didn’t let me finish,” Maggie grumbled.

“No. You can’t beg off. I have more than cafe au lait for you this morning. I have a lead on the Book of Tears.”

Maggie sat straight up, and her heart began to beat rapidly. She was now wide awake. “Oh?”

“Got you attention, did I?” Jaxxon said, her Cheshire Cat grin flashed in Maggie’s mind.

“I’m listening and don’t be so smug. Whatcha got?”

Maggie glanced at the time. She had 45 minutes to shower, dress, and make her way to the French Quarter. Inhaling deeply, she closed her eyes, stealing a few more seconds for herself. She blew out a hard breath, raspberrying her dry lips. Then in one fluid movement, she grabbed the covers that cocooned her and tossed them back, swinging her feet over the edge of the bed where they met the coolness of the old wood floor.

Maggie padded barefoot to the adjacent bathroom, turned on the hot tap for her shower and listened to the rattle and gurgle of the water straining through the ancient pipes. Miraculously they had yet to burst or simply disintegrated with age. With a final heave, the water sputtered then flowed.

She let the water run to heat up and waited for the first tendrils of steam to snake above the shower curtain while she took care of the rest of her morning routine. Once the room was filled with a warm mist, Maggie flushed the toilet and listened to the water pressure drop a few moments before coming back full force.

“I’ve got to replace these pipes,” she muttered and pulled back the curtain, stepping beneath the cascade. She closed her eyes, letting the spray spill over her, saturating and melting her strawberry waves against her face and shoulders.

“This is nice,” she murmured as she relaxed and let her mind drift. “So, so nice.”

Her eyelids flew open, and she jerked around, looking for the source of the voice through the swirling steam. “Goddamnit. Leave me alone,” she hissed to the empty room.

Shaken, Maggie quickly lathered up, rinsed off, and hopped out of the shower. Her hands trembled as she snatched the towel from the bar and wrapped it around her wet torso. She scurried to her room, leaving a trail of wet footprints in her wake.

It didn’t take her long to dry off, slip into jeans and a light sweater, then drag her fingers through her hair, brushing it into place. Clean and simple. If Maggie had a style, that was it, especially when it came to being around Jaxxon. Jaxx had seen her at her worst.

Maggie’s casual appearance was a far cry from how her mother and grandmother presented themselves to the world, though. Of course, they traded in both secrets and their beauty, their allure. When you make your living seducing and bedding men, you learn how to make the most of your assets.

Maggie had managed to navigate her way into adulthood without taking up the seedier activities of the family business. Instead of a brothel, she converted her Irish Channel camelback home into a bookshop at the front and room rentals on the second floor. She still carried on the other part of her legacy at the back of the building where vast stores of books sat on shelves, unseen by the general public.

Maggie tossed her phone in her purse, grabbed the ring of keys, then slung the bag over her shoulder. She headed down the creaky wooden staircase, walking softly, so she didn’t disturb the other residents. Out of habit, her first stop was the locked door of the place she simply called the backroom. This was where she kept the treasure trove of secrets she was charged with protecting.

She punched in the code and waited for the beep that signaled it was clear to unlock the deadbolt. Twisting the key into the solid lock, she listened as the tumblers fell into place, then turned the knob and slowly pushed open the door. The automatic lights flickered on, and she peered in from the doorway before stepping into the room.

As she’d come to expect, there was a book lying open in the center of the floor. This was not a careless act on her part. Nor was it a burglary or the mischief of a spirit. This was the Source communicating with her. Until recent weeks, it was a rare occurrence. Now, messages were coming with more frequency, daily and sometimes a couple of times throughout the day.

She walked around the room, checking for other signs before going to the open book and crouching down to read. This book had an illustration on the left and a cryptic verse on the right.

The picture was a woodcut that depicted a thunderstorm with lightning bolts exploding out of clouds, dark and pregnant with precipitation. Rain poured down on a kneeling figure whose flesh melted from its bones, spilling onto an extinguished candle and an open book.

She squinted slightly, bringing the writing into focus, then read it aloud.

The unworthy soul who dares
Speak the words of power,
Limits their life and their value
hour by hour.
Show no mercy to such fools;
Take their flesh down by force,
Use the power of their tears
When they trifle with the Source.

Maggie whispered, “Jaxx is right. The Book of Tears is in play.”

Moxie Malone – purveyor of dreams, fantasies and the occasional nightmare. She is currently wrapping up a steamy romance novel, The Call, and the first novella of her series, Unlocked Diaries.