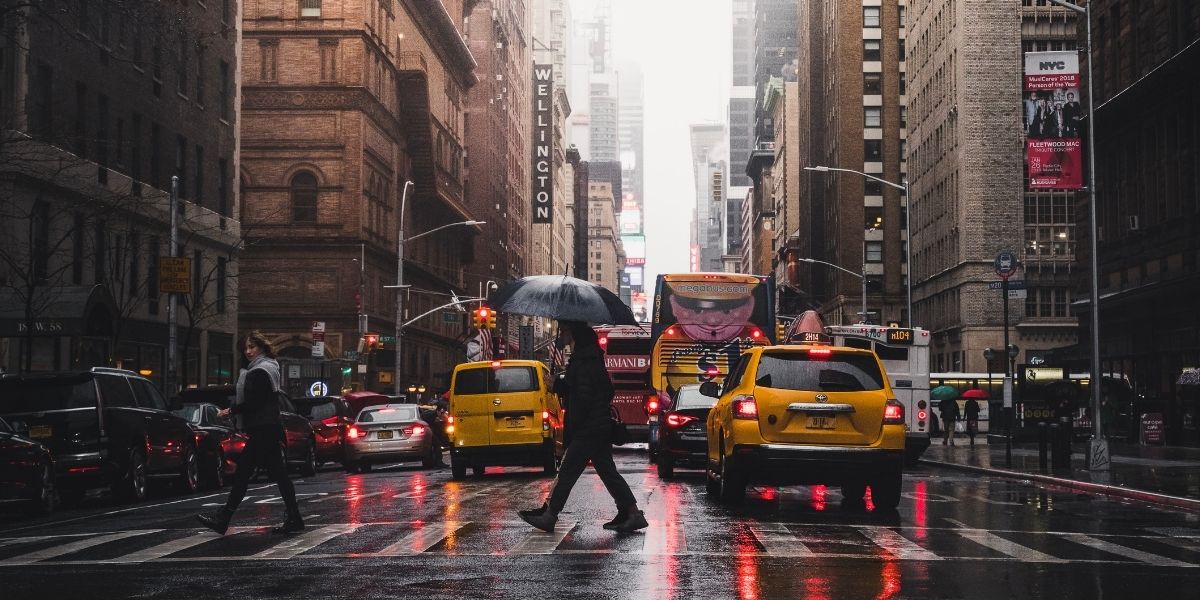 My phone was buzzing and had been for a while. I just didn’t feel like answering it. I stretched my naked body under the thick comforter and listened to the sound of the rain. It may have been 5 AM, but the rain didn’t stop people in Brooklyn. I loved New York because its residents took umbrage at anything that impeded their daily life. As if to say, how dare the skies open up and rain on me knowing I have to walk to work.

My fingers itched for a cigarette but stilled when I looked at the person lying next to me. My eyes caressed her body from the tight golden curls flattened by sleep and sex, down the curve of her neck and along her spine, until I reached the point where the covers claimed her body. I didn’t really need to see it. I’d gotten more than an eyeful the night before. I couldn’t remember her name…Debbi or Becky or Sarah, but it didn’t matter. I had no plans for morning conversation. And the choice to not light up? Common courtesy. More people needed it.

I could hear her breath, heavy on her pillow, and knew I wouldn’t wake her. I rolled out of bed, grabbing my phone off the nightstand, slid into my jeans, and snagged my t-shirt off the floor, putting it on as I exited the bedroom. I didn’t need to see who was calling. Not yet, at least. I needed caffeine first. I found my leather jacket, boots, and bag next to her couch. After I pulled the rest of my gear on, I quickly ran my fingers through my short, dark hair with one hand and patted my pockets with the other.

I took a final look around to make sure I wasn’t missing anything. That was the thing about one-night stands. You couldn’t leave anything behind or they’d think it meant more than it did. I’d been doing this for so long that I had my routine down to muscle memory. I swapped my phone for my cigarettes and barely had the door shut behind me before I lit up. Thankfully, she had a slight overhang protecting her porch, so I could take a couple of deep drags before I stepped out into the dreary day.

I flipped my cigarette, holding it between my thumb and forefinger, my hand shielding it from the rain. I pulled my collar up, hunched down into my jacket, and headed off to where I’d left my bike. That was another thing. Don’t leave your ride nearby. Always have an escape route. I’d found it was easiest to just walk into foot traffic and get lost. In my early years, I had one-timers hear my bike turn on, realize I wasn’t in bed with them, and either hang out the window or rush out the door demanding more than I was going to give. Nah. It was just easier to slip out into the crowd. Plus, the walk would wake me up.

Taking the last drag from my cigarette, I flicked the cherry into a puddle, rolled the filter, and tucked it in my pocket to throw away later. I was a lot of things, but I didn’t litter. That was just petty shit for self-absorbed people who thought the world revolved around them. I knew better.

I pushed my hands deep into my jacket pockets and walked a little further until I saw a coffee shop. I definitely needed caffeine. I slid in through the door with a small group and found myself in a long line. Shit. It was one of those fancy places that did things like pastries and breakfast sandwiches. I just wanted coffee.

Realizing I was going to be there for longer than I expected, I sighed and pulled out my phone. In typical New Yorker fashion, I gave it the stink eye as if it were the cause for all of my current problems. Unlocking the screen with my thumbprint, I scrolled through my notifications. Ten emails from my mother, I swear that woman has no chill button. One from my mechanic with an update on a part I’d ordered and a handful of follow-up emails from connections updating me on a few items I’d been hunting. I was stalling. I really didn’t want to read my texts before coffee. I shoved my phone back into my jacket pocket, gripped it tightly so I didn’t pull out a cigarette, and waited my turn.

I had a love/hate relationship with crowds. I loved how easily you could get lost in them, but I hated having so many people that close to me. My therapist said it was because I couldn’t control the situation or anyone else around me. He was probably right. I did have a slight issue with control, but I’d already known that. I fired him and ate street tacos for the next month. There was really no better comfort food combination than tacos and whisky.

I was finally able to place my order. Large. Black. Yes, I’m sure. No, I don’t want a pastry. Not tea, coffee. No name. I’ll wait. The barista gave me a look of disdain that the younger generation had perfected. I ignored him. I got my coffee and darted out of the shop, taking a deep breath of the wet air as soon as the door was open. The rain had slowed down a bit while I was inside. So I grabbed another cigarette, alternating between drinking my coffee and smoking while I walked the last couple of blocks to my bike.

There wasn’t much in the world I spent money on, preferring to shove it all in savings and let my accountant invest it for me. There were only two things I would drop cash on without thinking, my whisky and my bike. My job took me all over the world, but when on this continent, I rode my bike. I didn’t even care about the weather. Rain, snow, tornado, I’d ridden in them all, and man did it give me a rush. That was really what my life was about…finding the next rush. My therapist said I was an adrenaline junkie, but I didn’t completely agree. I didn’t do stupid shit like skydiving, or bungee jumping out of airplanes, or having sex without protection. I just rode my bike.

“There you are, you sexy beast.” I always had to stop and admire her. She was a jet black Aprilia Tuono V4 Factory 1100, which meant absolutely nothing to most of the world. But in my world? She was a sexy piece of work. She came from some of the most adrenaline-pumping and efficient bikes ever. She let me take turns so tight I could run my hand along the asphalt. She was a thing of beauty. My parents, of course, were not pleased with my choice of vehicle. They weren’t pleased with a lot of things I did. But as long as I stay on the right side of the law, they did their best to ignore the rest.

They came from money. I’m talking like old-school money coming from Portugal. Did we speak Portuguese? Nope. Hadn’t for many generations, we’d been in the States too long. Aside from our occasional slightly darker complexions, you couldn’t really tell we were not Caucasian. There was a well-kept secret in our family that we didn’t actually come from Portugal with money. They said one of our ancestors came over to work as a maid for a rich old man and his wife. The old man fell madly in love with her. When he died, he left everything to her and only the house to his wife, with a small allowance for his only son. Scandalous. So much so, no one talked about it. It was whatever to me. I stayed out of the family affairs and did my best to keep myself entertained, something that continually vexed my mother.

I took a deep breath, knowing I couldn’t avoid it any longer. So I straddled my bike and pulled out my phone. The text was simple. It was expected. It was annoying. It was time.

Occasional writer, often wanderer, horrible speller, broken thinker, incessant lover of all things ineffable, neutral evil and serious about it. CJ Landry is a multi-genre writer who always has some project demanding her attention. However, she's always got time to hide a body. She’s also deathly terrified of sharks because those fuckers will one day evolve to breathe on land and eat everyone.