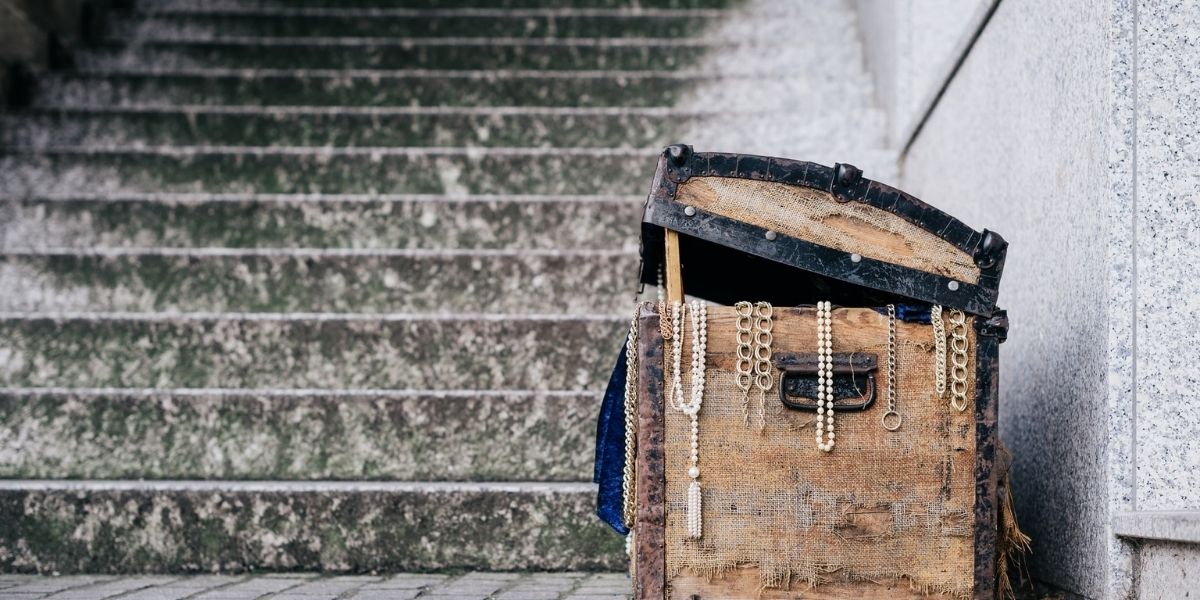 Darrell’s face went white. I thought he’d be happy about getting to see the journals, but he seemed almost scared.

“Are you serious?” he asked.

“Look,” I said in a hushed tone, “it’s hard for me to trust anyone, but my need to know the truth outweighs my trust issues. You and Blake are the only ones who might be able to help me, but something tells me Blake would just try to take over. I don’t want that. So, do you want to see them or not?”

Darrell came back to the table and sat down. He still looked stunned by my question, but at least he looked a little more pleased.

“Of course, I want to see them,” he finally smiled. “I just need to know you’re really okay with it. Cherish, I don’t want to push you. I won’t lie and say it’s not that big of a deal because it is. I just want to make sure you don’t feel pressured.”

“Tell you what,” I said, cocking my head to the side, “get us something to eat, and we’ll head up to the apartment and make an evening out of it. I think I might have a bottle of wine up there somewhere. It might be a little warm, and it’s probably a couple of years old, but it will wet your palette.”

This time, Darrell couldn’t hide the smile that graced his handsome face. I hated to admit it, but Darrell Portland was really starting to grow on me.

He ran out of the shop to grab us some dinner. When he returned, he’d brought a nice bottle of Chianti with him. “Sorry, love,” he giggled, “but something tells me whatever kind of wine you’ve got up there isn’t going to go well with crab cakes.”

I shut off the lights in the shop and locked the doors. From there, I led the way up to the apartment, Darrell following closely behind. The further up the stairs we went, the worse the butterflies in my stomach became. I hadn’t felt like this since the first time I snuck a boy into our house when I was a kid.

I hadn’t had time to put anything away, so we used a couple of boxes as a table and folding chairs to sit on. I managed to find a couple of glasses and some silverware. We made a little small talk while eating, but you could feel the tension in the air. Maybe I wasn’t the only one feeling a little uneasy about the way this night was heading.

Once we were finished, Darrell poured the rest of the wine into our glasses as I cleaned up the mess. I moved the boxes out of the way and had Darrell pull the trunk over to our chairs. I felt my chest tighten as I prepared to open up my life to this man. It wasn’t so much the idea of him seeing the journals as it was of being this close.

“Are you sure about this?” he asked.

“Yea,” I said, though not convincingly. “It’s time I trusted someone. Might as well be you.”

I looked over at him, trying to look as though I were joking. However, the look on his face was like Cupid’s arrow in my heart. It was the first time he’d looked at me as something other than Blake’s cousin. As hard as I’d tried to stop it, my cheeks flushed bright red.

I opened the trunk and started pulling out my treasures. I set most of them off to one side, making sure to keep a few things as hidden as possible. I just wasn’t ready for him to see everything I’d found in that trunk. Not yet, anyway.

Once everything was out, I pulled up the false bottom. I watched his face as I did so. He was obviously impressed. “Yep,” he whispered, “that’s something a true Montgomery woman would have done.”

I pulled the journals out one by one and placed them at my feet. Once I’d closed the lid to the trunk, I set the journals out so Darrell could see each of them. He instantly reached for the one with the strange symbols and held it tight. Though his eyes were closed, they moved faster than I’d believed possible.

When he opened his eyes, he looked a little flushed. I wanted to know what he felt, but he simply placed the book back down and picked up one of the others. I got the feeling he wasn’t ready to talk about his reaction.

“Let’s see,” he said as he flipped through a few pages. “This one seems to be written in Latin. I’ll bet it came over from the old country. I might be able to pick out a few words, but we might have to have this one looked at by a professional.”

He picked up one of the others and flipped through the first few pages. “Yea, this is in French.”

“You can read it, right?” I asked, hoping to find out what was in it.

“Really?” he asked as though I’d lost my mind. “I’ve lived in New Orleans most of my life. French is almost as common as English in these parts. I mean, come on. I grew up in the French Quarter.”

“So, that would be a no,” I said in my best sarcastic tone.

His eyes flashed as brightly as his smile. “Yea, no. Not a word.”

We both laughed, then he moved his chair closer to mine. “Check this out,” he said as he picked up the one with the strange symbols once again.

He opened the book up to the first page. “This is a dedication written in rune.”

“Yea. But the Norse weren’t the only people to use this text. Most Celtic tribes used some form of runic script. This one looks to be either Irish or Welsh.”

“How the hell do you know that?” I was starting to get a little suspicious. How was it he couldn’t read French but knew an ancient runic script?

“I spent a summer in Wales as a kid. My parents and I went to visit some family when I was about fourteen. There was an old church on the coast that had a few gravestones with this script on them. The vicar taught me to read them.”

“Wow, I’m impressed.” Darrell looked at me, and I felt a lightning bolt go through my chest.

He cleared his throat, then turned back to the book. “It says something to the effect that this book was either given to or written by someone named Flinniel. I’m a little rusty, but I think that might be the name of the Fae.”

I sat mesmerized as Darrell spoke. As I allowed my defenses to wane, I began to see this man in a whole new light. Maybe he wasn’t the devil I’d convinced myself he was.

“Here,” he said, bringing me out of my haze, “put your hand over the words.”

I laid my hands on the book and closed my eyes. I felt Darrell place his hand over mine, and something strange began to happen. I could see him in my vision. Not just a memory of what his face looked like, but him as a whole. I wanted to pull away, but something told me not to.

I saw the image of a woman sitting by the water’s edge. She seemed to be crying as she held the book to her chest. As she lay the book down, she placed her hand upon her swollen belly. I felt her anguish as tears began to flow down my own cheeks.

I pulled my hand away, and the vision faded. I looked toward Darrell, who also had tears streaming down his cheeks. He wiped away a tear from my face, then stroked my cheek one more time. I could no longer hide my feelings, and neither could he.

He cupped my face and drew me in closer. The moment our lips touched, I felt an explosion in my heart. My inhibitions melted away, and time seemed to stop. I fell into his kiss and reveled in his embrace. I allowed myself to simply let go, and for the first time in forever, I let someone else take control.