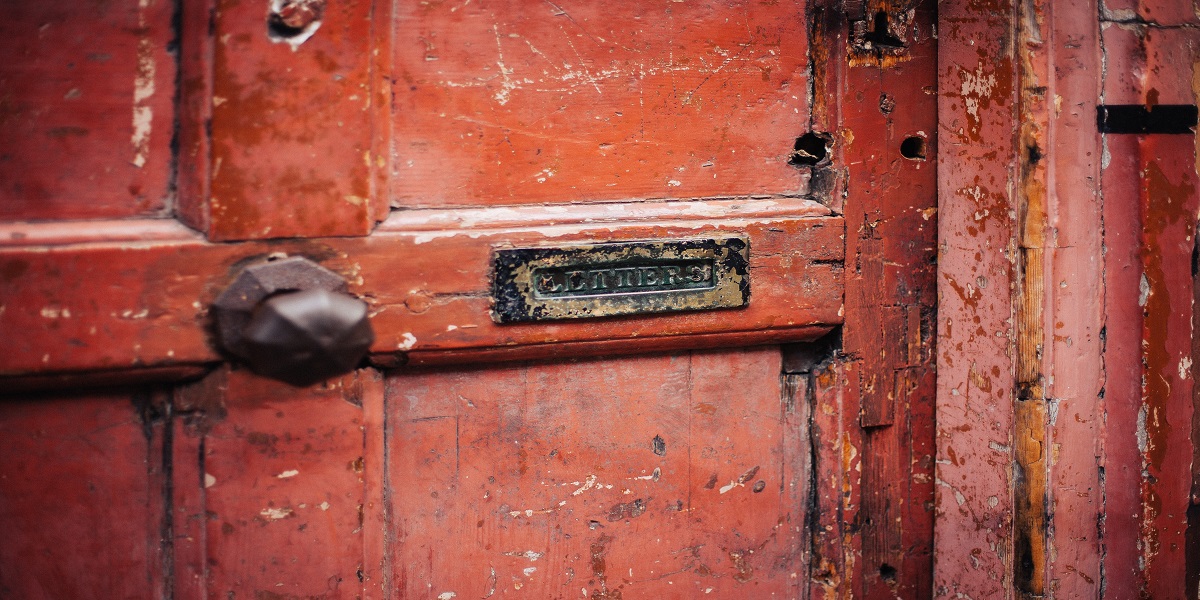 For the next couple of weeks, Blake helped me get set up. Though he said I could live at his place as long as I wanted, I needed my own space. Not just any space, but somewhere I could gather my collection around me and maybe put together the little curio museum I’d always dreamed of.

We looked at several places, but nothing stood out to me. I wanted a place like the one I had in Wyoming. A storefront thrift shop with a tiny apartment above. Blake scoffed at the idea.

“Seriously, Cherish?” he asked with squinted eyes. “You can afford a nice house and set up shop in one of the posher neighborhoods.”

I shook my head. “I know, but I want something that has a feel to it. Everything we’ve looked at feels lifeless. They feel empty.”

“Of course they do,” he sneered, “because they are empty. If you take one of them and put your stuff in, it won’t be empty anymore.”

“Funny,” I replied, flipping him off. “I want to see Grandma Joan’s old shop. Not just the stuff inside the shop, but the shop itself.”

Blake gave me a blank look. “If you mean the original shop, it doesn’t exist anymore. That’s why all her stuff is in the archives now.”

“Come on, Cherish,” Blake said with a nudge. “Let’s keep looking. I’m sure we’ll find something that strikes your fancy. I don’t get it, but whatever it takes to make you happy.” It was the first time I felt as though I was in control.

We drove a short way to Dumaine St. I instantly fell in love with the neighborhood. It was bright and open. Then, I saw it. A corner shop that had plenty of room downstairs to open my thrift shop and a little space above where I could live in comfort. It was perfect.

As we entered the building, it was obvious the place was still in business. “I thought you said this place was for sale,” I whispered into Blake’s ear.

“It is, now hush,” he replied as he walked over to the counter.

“Hello,” he said to the older gentleman coming out from the backroom. “I’m Blake Montgomery. I called you earlier for a showing.”

“Pleasure, Mr. Montgomery,” the older man replied, extending his hand. “I’m Clarence Thibodeaux, and this is my wife, Gracie.” I looked over and smiled at the older lady as she nodded and waved.

Clarence gave us a quick tour of the downstairs. It was spacious but quaint. He said his father had bought the place some years back to open a hardware store, then he and his wife took over, and they tried to sell everything from used books to novelty items. Eventually, they added a kitchen and turned it into a neighborhood cafe. Mr. Thibodeaux said it was the best decision they’d ever made.

Next, we made our way to the one-bedroom apartment upstairs. I fell in love with the arched windows and hardwood floors. There was something magical about this place. It had that feeling to it. It was then I knew I’d found my space.

“Come on,” Clarence called as I looked around, mesmerized. “There’s even a little patio out this way.” He opened a set of French doors that led to a redwood deck that encircled the entire back of the building. I was almost giddy.

I walked around, taking in everything around me. I came around the far corner when a strange door caught my eye.

“Where’s this go?” I asked, pointing to a faded red door.

“Nowhere, I’m afraid,” Clarence replied. “You can open it, but it just leads into a brick wall. Been there since Daddy bought the place. Mama wouldn’t let him remove it because she thought it was a spirit door.”

“A what?” I asked, though I kind of knew what he meant.

“A spirit door,” Clarence replied with a snort. “I know, I know. Sounds silly, but Mama always believed that taking that door down would make the spirits mad. So, Daddy just left it there. And when Gracie and I took over, we left it up in her honor. I didn’t know if it would make any other spirits mad, but I knew my mama’s spirit would come back to haunt me if I removed it. You can do as you like if you buy the place.”

I walked to the door and laid my hand on it. It was warm to the touch, but I chalked that up to being in the afternoon sun. I ran my finger around the molding and felt a slight charge run through my arm. I closed my eyes and followed the line of the door to the knob, which felt almost hot. I couldn’t stop the smile that crawled across my face.

“I do have a few questions,” Blake stated in his most business-like tone. “You’ve got this place priced where most anyone could take it. So why’s it still on the market?”

Mr. Thibodeaux dropped his gaze. “Honestly, Mr. Montgomery, it’s not up to code. It’ll take more money to fix everything than most people are willing to spend. Truth be told, it would probably be easier to just have the place torn down. I just can’t bring myself to do so.”

Blake turned on one heel and headed inside. The Thibodeauxs followed him, the look of defeat on both of their faces. I followed, still marveling at the whole place.

“We do have a few more places to look at,” Blake said in a huff. I knew he wasn’t impressed with the place, but it wasn’t going to be his to deal with. It would be mine.

“I understand,” Clarence said with sadness in his tone. “We appreciate you looking.”

Blake looked back at me, trying to get me to follow him. “Cherish, we have about…”

“I’ll take it,” I stated, without looking at Blake.

Clarence’s eyes lit up. “Excuse me?” he asked, hoping he hadn’t heard me wrong.

“I’ll take it,” I repeated with a smile on my face. “This is exactly what I’ve been looking for. A place where I could open a little shop and live right above. It’s absolutely beautiful.”

“Cherish,” Blake snapped at me, “this isn’t our only option. We have about four or five more places to look at.”

Blake’s face screamed anger, but his words came out calm. “Fine. I’ll get the paperwork started in the morning.”

We all walked back down to the storefront and said our goodbyes. As we were about to leave, I turned to Clarence and his wife. “Mr. and Mrs. Thibodeaux, I want you to know that I’ll do whatever I can to keep this place alive and well. I’ll figure out a way to get it up to code and keep it running.”

“I appreciate that,” Clarence replied. “I know my folks would be happy to know it’s going to be looked after. And like I said before, you can take that old door out upstairs. A little plaster and a fresh coat of paint, and it’ll be good as new.”

“No, Mr. Thibodeaux,” I shook my head, “that door isn’t going anywhere. If your mama wanted that door left to appease the spirits, then that’s what we’re going to do. After all, who am I to say she was wrong? I’m not willing to find out the hard way that she was right.”

Clarence and I shared a giggle, then shook hands. Blake held the car door open for me, and we made our way down the road. Though I was in the best mood I’d been in since this whole adventure started, Blake’s mood had become exceedingly dark.

“Okay,” I barked without looking his way, “what’s up your ass?”

“I can’t believe you took that place,” he barked back. “Do you know what it’s going to take to bring that place up to code? I don’t, but I’m sure it’s going to cost a small fortune.”

I turned my gaze Blake’s way, making sure he could feel my stare. “Are you kidding me? For the past few weeks, all I’ve heard out of you is ‘You got plenty of money’ and ‘you can afford any place you want’. Now all of a sudden, it’s going to cost too much to live where I want?”

Blake’s face gnarled. “I don’t like that place. It gave me the creeps. And I sure as hell don’t want you staying there alone. I’m sure we can find you a more suitable space.”

“No,” I said defiantly. “I love that place. It felt alive and well-loved. That’s the space I want, and that’s the space I’m going to have. I guess if I’ve got to start selling some of Grandma Joan’s stuff…”

“What?” Blake yelled. “Like hell you’ll be selling her stuff. I can’t believe you’d be willing to put her stuff up for sale just to get your way.”

Now, I was pissed. “Really, Blake? What the fuck do you think she was doing in her store? She was selling stuff. It’s what she did, and it’s what I do. You said it yourself. I have enough money to buy a nice house and a storefront in one of the nicer neighborhoods. If that’s the case, wouldn’t I have enough money to fix that place up?”

He pulled into the parking lot of a little bistro. As he shut off the engine, he turned to me in defeat. “Yes, Cherish, you’ve got the money to bring it up to code. But why? Why would you want a rundown little joint when you could live like a queen? You’re a Montgomery, and you need to act like it.”

“No, cousin,” I quipped sarcastically, “I’m a McKenzy from B.F.E. I like the vintage feel of that place. I love the way it flows, and I felt like I was at home there. It’s exactly what I’ve been looking for, even before I came to New Orleans.”

Blake’s face softened. “Okay, okay. If this is what you want, I’ll make it happen. But do me a favor, get rid of that damn door out back.”

“As a matter of fact, yes, it does.” I giggled at the blush that crossed his cheeks.

“Good,” I said with a sneer, “even more of a reason for it to stay right where it is.”

Blake only closed his eyes and shook his head. “Come on, let’s get some lunch…and a drink.”

My days in New Orleans were looking a lot brighter.