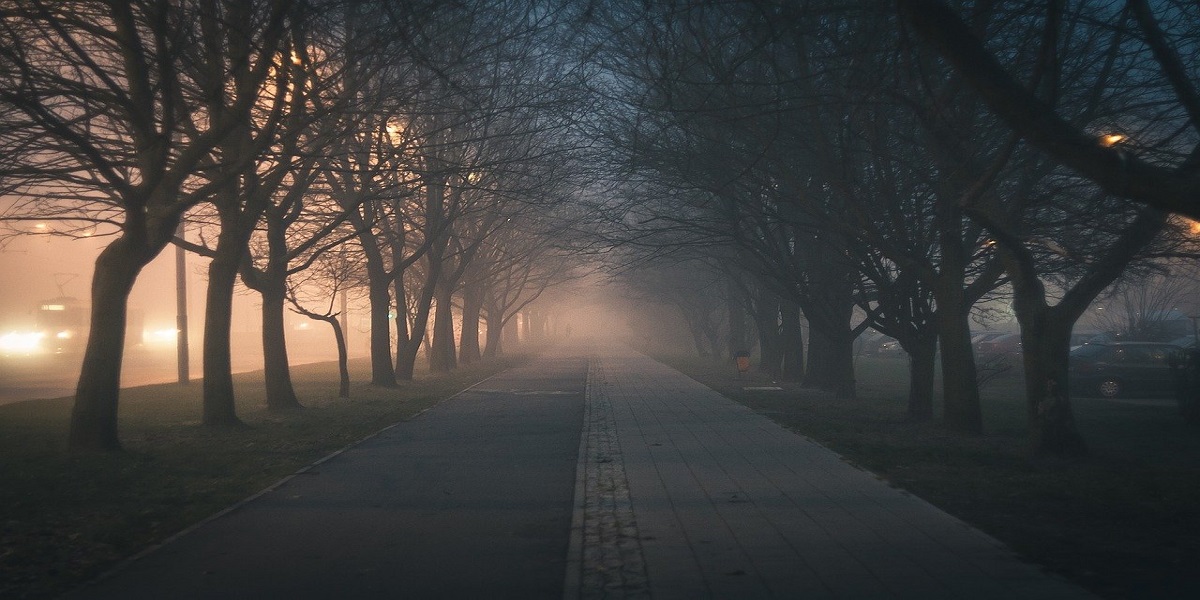 Breakfast that next morning wasn’t just quiet between Darrell and me. It was uncomfortably quiet. We sat in the restaurant waiting on our orders, sharing only a few morning pleasantries and travel plans.

After breakfast, we loaded up and headed down the road. We had a long thirteen-hour drive ahead of us, and something told me it was going to feel even longer than that. I tried to make some small talk, but Darrell would only speak if he had to.

I tried to settle back into my seat. I had a book in my bag and thought I’d read to pass the time. The trouble was that I couldn’t concentrate. I’d flipped three pages before it dawned on me that I hadn’t read a word. Darrell was still mad at me for hurting his feelings, and it was killing me inside.

After only a couple of hours into the trip, I couldn’t hold my tongue anymore. “Okay, look,” I said with my eyes turned down, “I’m sorry. I really didn’t mean to sound disgusted at being related to you.”

“It’s fine,” he said, still staring straight ahead. I knew he was lying.

I turned and stared at the side of his head, actually trying to focus my energy to bore a hole into his brain. I didn’t know if it would work, and I wasn’t even sure I could, but I knew it couldn’t hurt to try.

“What?” he barked, still staring at the road.

I almost jumped at the tone in his voice, but I held my ground and kept staring. Finally, he turned and looked me in the eye. It was the first time since our conversation last night.

As he turned back toward the road, I noticed his face soften. “Look,” he said in a calmer voice, “I get it. I’m the hired help. I just thought maybe…” His voice trailed off, and a soft sigh took its place.

I dropped my gaze, feeling the mood in the SUV lighten. I glanced back up at him and wondered if he’d be able to forgive me for being such a bitch. Regret left a bad taste in my mouth, and I knew I’d have to make this up to him somehow.

“I really am sorry, Darrell,” I said, looking away once again. “I wasn’t trying to be rude, and I don’t see you as the hired help. It just hit me weird to find out that we’re related.”

“Distantly related,” he said in haste.

“Whatever,” I quipped. “It was just a shock. I mean, come on, I just went from being an only child with only my mom in this world to being part of a family empire some fifteen hundred miles away. Give me a break.”

I could only stare at him in stunned silence, but not for long. “Seriously? I’m sitting here pouring my heart out and trying to apologize for what I said, and you’re going to correct me on the miles? Are you going to just sit there and stare out the windshield until we get to New Orleans and pretend I’m not here? You know what? You’re a dick, Darrell Portland.” I slammed myself back into my seat, crossed my arms, and glared out at the road.

Just ahead was a rest area. Darrell pulled in without really slowing down. I grabbed hold of the door armrest and reached out for the dash. He swerved a little and slammed to a stop in a parking spot. As he threw the SUV into park, he turned and looked directly at me.

“Look, lady,” he said with a growl, “I’ve done just about everything I can to help you adjust to this turn of events. I’m sorry for all the things that have happened to you in the past few weeks. I can’t even imagine what it’s been like, but give me a fucking break. You treat me like a second-class citizen. Yes, I work for your cousin, but at least he respects me.”

Darrell turned back toward the windshield. “You know, since the day I met you, you’ve looked down your nose at me. I’m sorry I don’t meet your standards, whatever the standards of a hillbilly from Wyoming might be.”

Had he not thrown in that last line, I might have felt bad. Instead, I was ready for a fight. “Okay, first of all, don’t be talking shit about Wyoming. Second, kiss my ass. You haven’t exactly been straightforward with me from the start. You and Blake have dictated my life since he and I first talked. And whatever he’s told you to do, you’ve done it without question. Did it ever occur to you that I’m out of my element here?”

I looked out the side window. “I don’t know anything about this world I’m about to enter. Yeah, I’m a hillbilly, or redneck, or backward ass country kid. I’m not the most intelligent woman in the world, but I do know when something’s not right. You and my cousin have kept me in the dark about a lot of things, and I’m sick of it.”

There was a long pause in the conversation. I couldn’t bring myself to even look in Darrell’s direction. I wanted to cry, but at the same time, I wasn’t about to let him see me like that. Not in this situation.

I turned in his direction and felt that his anger toward me had diminished. I was still mad, but it was more than that. I was scared.

“No one is trying to keep you in the dark. Once we get to New Orleans, Blake will tell you everything. The thing is that there’s a lot to tell you. Honestly, I don’t even know what all he needs to tell you.”

I watched as Darrell fidgeted in his seat. I knew he was talking from his heart, and it was something he wasn’t comfortable doing.

“I promise you, Cherish,” he continued, “we’re not trying to hide anything from you. We’re only trying to protect you.”

I didn’t know if I fully believed him or not, but I decided to let it go. We got out and stretched our legs before getting back on the road. We still had a long way to go, and time was slipping away.

Things went rather smoothly for the rest of the trip. We had some nice conversations, stopped a few places along the way, and did what we could to pass the time. I hated to admit it, but I almost enjoyed the ride.

It was a little after 10 PM before we finally made our way to the outskirts of the city. I’d noticed a headache coming on, and it seemed to be growing stronger the closer we got to New Orleans. I became nervous and had a feeling something bad was about to happen. Darrell brought the SUV to a stop.

“You okay?” he asked in a gentle tone.

I nodded my head, but the motion only intensified the pain. “I’m getting a headache,” I mumbled, trying to appear to be in less pain than I was.

“I know,” he whispered, “me too. It happens every time I come back from a lengthy trip. Once we get past the barrier and into the city, it will start to subside. I think of it as the city’s way of telling me she knows I’m here.”

At first, Darrell’s words sounded like gibberish. He made it sound as though the city were a living, breathing entity. But then a word jumped out at me. “What barrier?” I asked, rubbing the bridge of my nose.

Darrell took a deep breath. “Cherish, what do you remember about your flight into New Orleans? Tell me exactly what you felt from the time you knew you were near until you landed.”

I wasn’t sure what he was getting at, but I tried to pull the memory from the fog bank in my head. “Well,” I began, “I remember thinking that the guy in the seat ahead of me was terrified, and I could tell the flight attendant was getting a little pissed at some kid. And then…” My words trailed off as the memory became more pronounced.

“It was gone.” I turned and looked right at Darrell. “I couldn’t feel anything and felt odd, almost empty. Then, I felt as though I’d been hit with a hammer. All those feelings came back at once, and that’s when I got sick.” I blushed at the thought.

Darrell reached into his jacket pocket without pausing and pulled out a small, brown paper bag. As he handed it to me, that strange feeling of dread grew.

“We’re about to enter Metairie,” he said. “It’s the barrier between the outside world and the city. It’s a sort of dead zone, and it’s said that nothing supernatural or otherworldly can manifest there. I don’t know if it’s true or not, but I do know that even the most sensitive person can’t feel anything in there.”

“Metairie,” I muttered. “I remember that name. The pilot said something about it just before my odd sensation. But I don’t get it. I don’t have special powers. I just feel things sometimes.”

Darrell shook his head. “Cherish, you do have special powers. Well, abilities anyway. Not everyone can do what you do. Look, all I know is that it’s going to take us ten, maybe fifteen minutes to get through, depending on traffic. Are you ready?”

“I guess so,” I said as I shrugged my shoulders. “I don’t understand any of this, but let’s get on with it.”

Darrell lightly chuckled as he put the SUV back in drive. “No one really understands it. Maybe the city just wanted to give people a safe haven from vampires and witches.”

I shot him a look out of the corner of my eye. “Vampires and witches? Really? Give me a break. Nobody believes in those things anymore.”

“Oh Cherish,” Darrell said with a sigh, “you’ll be amazed at the things you’ll learn to believe in around these parts.”

I wasn’t sure what he meant, but I couldn’t read his demeanor. I looked up to see we’d passed into the realm he’d called the dead zone.