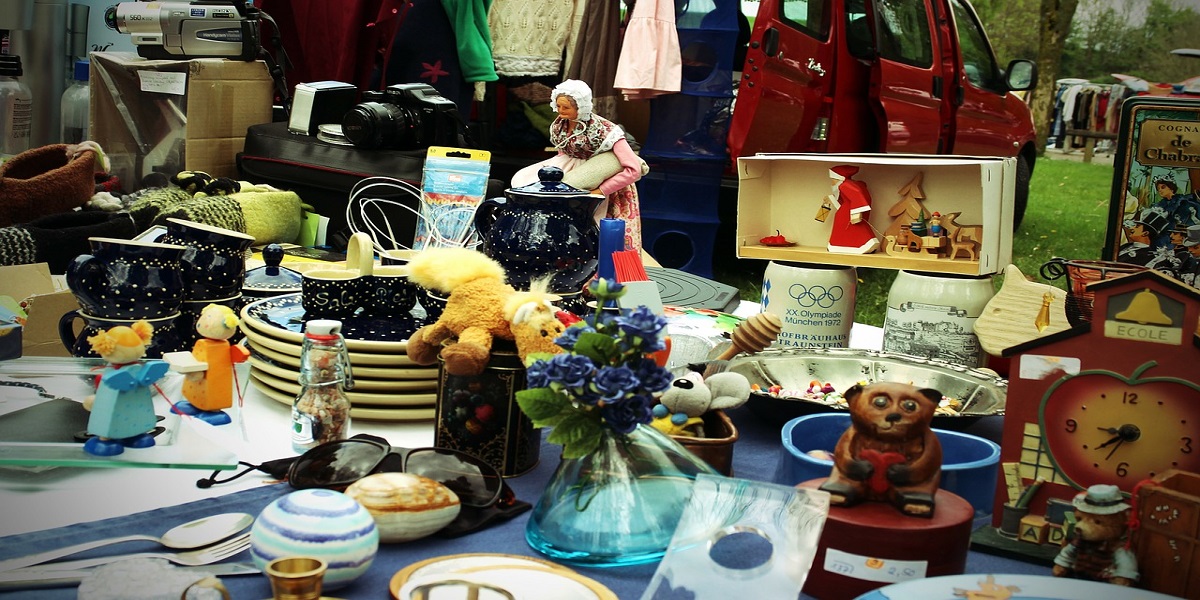 Blake was supposed to have come to Wyoming to help me pack, then drive me back to Louisiana. Unfortunately, he got called into court and had to send Darrell instead. I wasn’t very happy about it, but it was my only option.

I was at the shop when he came into town. I watched the SUV pull up in front and met him at the door. A strange sensation came over me. I was anxious and on high alert. I felt that he’d done something to ensure that he was the one who came to get me so he could get his hands on my little statuette.

When he entered, I could sense that he was a bit apprehensive. He looked around but didn’t seem very impressed. “Miss McKenzy,” he said with a slight bow of his head, “good to see you again. I hope you don’t mind that I’m here instead of Mr. Montgomery.”

“No, it’s fine, Darrell. I just hope you’re ready to work. I have a lot of stuff in this place to get packed up.”

Darrell looked at me with a knowing grin on his face. “Bullshit. You’re pissed that I’m here.”

His response shocked me at first, but I was quickly ready to fight. “You know what, Mr. Portland? You’re right. I am pissed that Blake ditched me and sent his lackey in his place. I just lost the last connection with my past, and now I’m all alone in the world. So yeah, I’m fucking pissed.”

I pushed him out of the way and headed for the desk at the back of the room. The bottle of bourbon in the bottom drawer I always kept there was calling me. I pulled it out and took a long swig. As I wiped my mouth with the back of my hand, I stared directly at my guest.

He flashed a smile at me that caused my stomach to flip. I chalked it up to the booze, but there was more to it than that.

“Look, Cherish,” he said, as I took another swig and melted into the sound of his voice, “I know you don’t like me. You’ve made that very clear. But you and I are more alike than you know. The Universe didn’t bring us together out of coincidence. We were meant to meet.”

I looked at Darrell in stunned silence, then couldn’t stop myself from laughing. “Wow, seriously? Okay, now it’s my turn to call bullshit. The only reason you’re here is to get your hands on my grandmother’s statuette.” I took one more drink, polishing off the bottle before I slammed it down on the desk and made my way to another of my hiding spots. I pulled out another bottle and started the process all over again.

“Why do you keep all this crap?” Darrell asked, waving his hand across the room.

“I don’t mean the stuff out here, smartass,” he said, obviously annoyed with my answer. “I’m talking about the stuff you keep in the back room. The stuff you don’t let anyone else see. The stuff you’ve collected over the years.”

I polished off my second bottle, feeling the effects take hold of me. “So what? I collect stuff. I’m a collector. Sue me. Oh, better yet, call up my cousin and get him to sue me. Y’all can get a big old laugh out of it when it’s all over.”

“Okay, I think you’ve had enough. Where’s the coffee pot?” Darrell walked over and took the empty bottle out of my hand. He led me to the staircase and helped me sit down. I hated to admit it, but he was right. I’d gotten pretty hammered pretty quick.

Once the coffee was ready, he poured me a cup. He pulled a pouch out of his jacket pocket and poured some of the contents into the cup. “Here, drink this.”

“Wow,” I replied, “you take away my booze, then try to slip me a mickey in my coffee. Smooth, Mr. Portland, but no thanks. I’m good.”

“Shut up and drink.” Darrell shoved the cup in my hand and stood watch as I took the first sip.

“Oh my god, that’s awful.” It took everything I had in me to keep that first sip down.

“Yes,” he agreed, “but the good news is that it doesn’t get any better. Drink.”

I drank the rest of the cup, cringing at every swallow. By the time I got to the end, I was completely sober.

“Wow, I can’t believe that worked,” I muttered as I stared into my now empty mug. “What the hell was that?”

“Can’t tell you,” he replied with that goofy little grin on his face. “It’s an old family recipe that my great-grandmother concocted and sold to her neighbors.”

Darrell refilled my cup, minus the foul-tasting powder then pulled over a chair and sat across from me. “Now, answer my question. Why do you collect all this stuff?”

I fidgeted with my cup, avoiding eye contact as best I could. “I don’t know. I can’t really explain it. There are just some objects I run across that…”

“Talk to you? Almost beg you to give them a home?” His response caught me off guard.

“I know,” I mumbled, feeling exposed, “it’s crazy. Trust me. My mother used to remind me every day that I was nuts. Inanimate objects don’t talk. I’ve heard it my whole life.”

“Your mother was wrong, Miss McKenzy.” I looked directly into Darrell’s eyes, knowing somehow that he was being straight with me.

He dropped his eyes and giggled just a bit. When he looked back up, he had that quirky little smile on his face again. “Miss Cherish, it’s in your blood. You come from a long line of sensitives. It’s why your Grandma Joan kept so many things in her shop. It’s why she had a collection of items that she just couldn’t let go of. And it’s why your grandmother ended up with that little statuette.” Now he had my full attention.

“Cherish, you need to embrace those feelings. You need to learn to really listen to what those objects are telling you. Some of them may need your help.”

I just sat there and stared at him, thinking he may have been crazier than me. “What?” I asked in disbelief.

“Come on,” he said as he jumped up and took my hand, “show me your collection.”

I pulled my hand away and kept my seat. “Why? Is this some trick you and my cousin dreamed up? Get me to prove I’m nuts and take all my grandmother’s stuff? I don’t think so.”

“Oh my god, woman,” Darrell barked, “get over yourself. Blake’s not trying to steal your grandmother’s shit. And as for proving you’re insane, you’re doing a pretty damn good job of that on your own. Sorry, Miss McKenzy, but you’re batshit crazy.”

All I could do was glare in his direction. I wanted to jump up and punch him in the face, but he was right. I was being crazy. “Fine,” I said as I tried to get up. I quickly found that there was a dizzying side effect to the sobering concoction.

Darrell snicked as he reached out and took my hand once again. “Yea, that’s why I was trying to help you up. Now, come on. Show me your collection.”

I led him to the back room. Most of my things were still packed away in boxes, but I knew what was in each and every one of them. Darrell walked around and stared at the shelves. What struck me, though, was that he seemed to hone in on the old trunk I’d found in my grandmother’s basement.

He walked over to it and laid his hand on the lid. I thought I saw him close his eyes, but in the dimly lit room, I couldn’t be sure. As he removed his hand, I noticed a strange look on his face.

He continued to look around, then almost whispered, “It feels so heavy in here. They don’t like being packed up in boxes.”

“I know,” I said, feeling odd at the acknowledgment. “I’ve always wanted to turn my collection into a museum of sorts, but I just never found the time.”

The smile that crossed his face could have lit up the entire city. “Oh, I think they’d love that. I can’t wait for you to go through all the stuff in the archives back in New Orleans. Maybe you can figure out why your Grandma Joan kept some of the stuff she did.”

I ran my hand across the front of one of the boxes when Darrell’s phone rang. “Mr. Montgomery,” I heard him say in a cheery voice, “how was court? Yes, I made it to Wyoming and am with Miss McKenzy right now. We’re going to get her shop packed up and loaded, and then we’ll start on the stuff in her house. We should be on the road in about a week. Hang on, I’ll ask.”

Darrell pulled the phone away from his face and yelled across the room. “Miss Cherish, Blake wants to know if there’s anything else you need from him. He’ll take care of our hotel reservations and has some moving vans on the way. What else do we need him to do?”

“Well,” I said loud enough to ensure Blake could hear me, “you can tell him to kiss my ass, and thanks for blowing me off. But other than that, I think we’re good.”

Darrell laughed as he replaced the phone to his ear. “Yea, she’s a little pissed, but she’ll get over it.” He didn’t think I noticed, but I watched him step out of the room to continue his conversation. I crept toward the door and strained to hear more. Most of it was too mumbled to understand, but I did catch him saying, “Yes, sir. I think I’ve located the missing journals.”