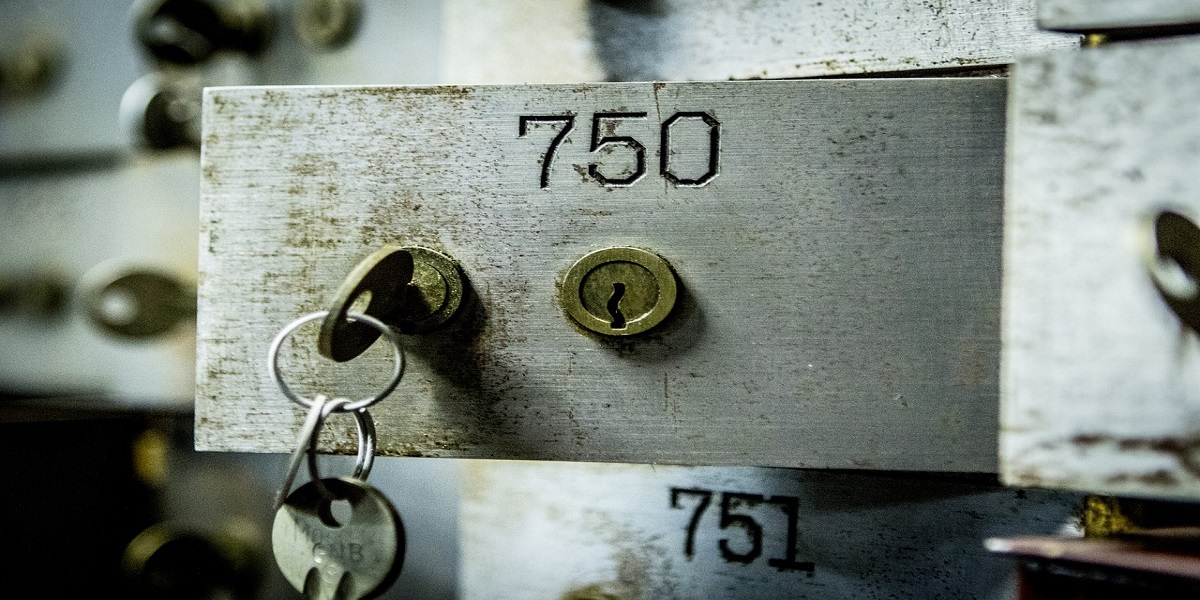 I barely slept at all that night. All I could think about were those damn pictures and what would be lurking in that safe deposit box. I kept my grandmother’s picture beside my bed, hoping something would come to me in a dream. However, one must sleep in order to dream, and that wasn’t happening.

As the sun began to rise, I jumped in the shower and got myself together. I wanted to be at the bank as soon as they opened. I needed to know what was in that box. I could feel myself begin to obsess, and that was never a good thing.

I entered the bank, key in hand, and made my way to the teller. I handed her my ID and the key, telling her that I’d found it in an old family hope chest. As she looked at the key, she seemed more than a little stunned. She typed something into her computer, then asked me to take a seat. That’s when I started to get a little concerned.

Within a few moments, the bank manager came up and asked me to follow him. He apologized for the inconvenience but had a few issues that needed clearing up. He said a gentleman by the name of Ian McKenzy had reported the key missing some forty years prior. However, the box was paid in full through the year 2025. Mr. McKenzy agreed to keep the box intact until the contract expired.

I explained that Ian McKenzy was my grandfather, showed him my ID, and even pulled a piece of mail from my purse that had shown up at Mom’s house for me. He decided to allow my request and asked me to follow him.

He walked me into the room that housed the safety deposit boxes. He put his key into box #750, then allowed me to do the same. Once the box was pulled from the wall, he asked if there was anything else he could do. I knew he was as curious as I was about the contents, but I assured him that I was fine.

As he left, I ran my hand across the top of the box. It felt almost hot to the touch. It was talking to me. Slowly, I opened the lid. Inside, I found a few envelopes, some folded papers, and two small bankbooks.

One of the bankbooks was for the bank I was standing in, but the other was for a bank in New Orleans. Why the hell would my grandmother have a bank account some 1,700 miles from home? I opened both books and nearly fell to the floor. Even with just a quick scan, I could tell that there were more zeros than I’d ever seen in my life.

It took me a moment to regain my composure. As I looked at the last entry into the book, I realized it hadn’t been updated since the mid-seventies. About the same time, my grandmother had passed away. I figured my grandfather had closed out the accounts, and these were just forgotten mementos.

I laid the books to one side and began looking through the other papers. Many of the envelopes were from a law firm in New Orleans, and I didn’t feel the need to go through them at that moment. Several of the folded papers were legal documents of some sort, but the one on the bottom grabbed my attention. Across the top of the page, in a gothic script, was the word DEED just as I had envisioned the day before. Now, my hands were shaking uncontrollably.

I pulled everything out of the box and found something shoved to the back. It was a small velvet bag. Inside, I found three polished stones. They were not polished by a machine, but by natural forces. One was black, one was amber, and the other was white. What struck me was that they were all transparent. I put them back in the bag and shoved them in my pocket, no matter what, those were going with me.

Once I’d gotten everything gathered up, I made my way back to the teller’s window. I asked to speak with the bank manager once again and took a seat close to his office. He came out with a smile on his face, inviting me to join him inside.

I showed him the bankbook and asked him to see how long ago the account had been closed out. I was shocked to find that not only was it still active, but it had been accruing interest for nearly 40 years. When he told me the account’s full worth, I found it hard to breathe.

I assured the bank manager I had no immediate intentions of removing any money from his bank, which seemed to have made him a very happy man. However, he wasn’t as happy about me wanting to take the contents of that box with me. He said he needed proof I had rights to the documents but did allow me to hold onto the bankbooks. I knew it was time to talk to Mom.

I called Mom as I was getting in the car. She said she’d have coffee on when I got there and was excited to hear my story. When I walked into her house, the same house we’d shared with my grandfather, I could feel my grandmother’s presence in the air. It gave me the confidence I was going to need to have this conversation.

I poured myself a cup of coffee and took a seat at the kitchen table. I waited for Mom to sit down before speaking.

“Mom, we need to talk,” I said over my first sips of coffee. “I found something in that steam trunk, and I think you should know about it.”

My mother eyed me suspiciously. She had a way of looking at me that made me feel like I’d done something wrong when I knew I hadn’t.

Averting my gaze, I continued. “In one of the little boxes in the trunk, I found a safety deposit key. I was just over at the bank and found some of Grandma’s papers. Was Grandma from New Orleans.” My mother’s face went white.

I watched as her eyes became moist, and a single tear ran down her cheek.

“When I was a little girl,” she continued, “I remember being left at my aunt’s house so my parents could go to New Orleans for Mardi Gras. My aunt said it was the first time they’d been back down there since they’d met. She said your grandpa had met Lizzie there when he was in the Navy, but that’s all I really know.”

She took another sip of her coffee before continuing her story. “After they came home, I could tell that something wasn’t right. Your grandfather was very upset, but I don’t know why. I do remember your grandmother putting that funny little statuette in the china hutch. Your grandfather hated that thing, but she refused to let it go. The only other thing I remember is that one night, shortly after they’d come home, I could hear them arguing in their bedroom. I couldn’t hear everything that they said, but I do remember your grandfather telling Grandma that they would never go back as long as he was alive, and they never did.”

I could tell by the look on her face that the memory was hard on her. My grandfather had never been one to use harsh words. In fact, I couldn’t remember a single time that he’d ever even raised his voice.

I told her about the papers I’d found, then showed her the bankbooks. I thought I was going to have to call the paramedics when she opened those books. She sat there with her hand over her mouth and a blank look in her eyes.

She laid the bankbooks down and left the kitchen. I thought she was either mad at me or was about to send me packing. However, to my shock, she came back with a few papers of her own. When she showed them to me, everything made sense. They were my grandparents’ wills.

My grandmother’s will said that everything in her possession was left to a single person, me. She’d passed away only about four years after my birth, but she’d left me everything she had. My grandfather’s will left my mother the house and a couple of bank accounts, but everything else he’d left to me as well. I was in shock.

I promised Mom that no matter what, she’d be taken care of for the rest of her life. Then I dropped the bombshell. I’d decided that I was going to New Orleans to find out more about Grandma’s side of the family, and I wasn’t sure I’d be back any time soon.