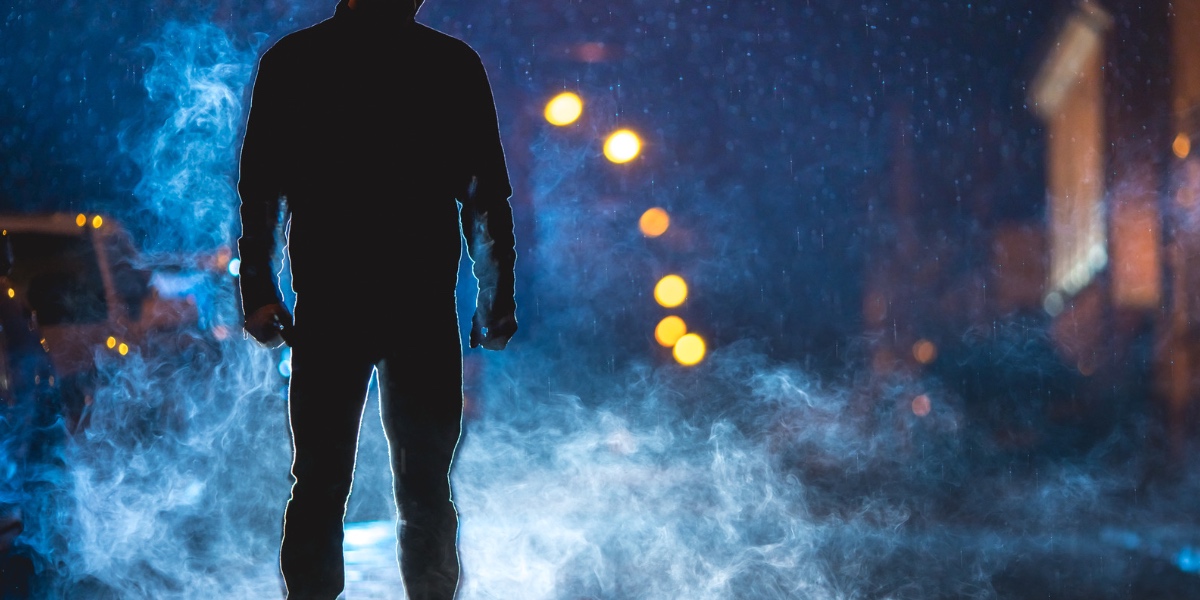 Bet’s brow furrows as the chicken bones come to rest. Her worry lines deepen as she studies them carefully. Trouble is coming.

It’s a warm spring night in the Crescent City. The fragrance of Confederate jasmine hangs in the still, humid air. Voodoo priestess, Bet Laveau, is reading the future by casting chicken bones.

“I shoulda ended that boy when I had the chance,” she murmurs to herself.

The magical exile she placed on that boy is breaking down under the onslaught of an immense power. A power far beyond her potent voodoo abilities.

Now she and her granddaughter, perhaps New Orleans itself, are in danger. The Source is calling Billy Cox home. That damned Goat!

I’m Billy “Goat” Cox, and I’m sick. Not the coming down with the flu kinda sick. I’m dope-fiend sick. And if I don’t get my fix soon, someone is going to die tonight because my drug of choice, and my very life’s sustenance, is human blood. I’m not a fiend. As a vampire, I’ve sworn off feeding on the living. Mostly.

A thunderstorm is brewing in the skies of Dallas. Distant thunder grows closer as if a portent of things to come. The capricious, often violent weather of North Texas is a perfect metaphor for the storm brewing inside me. My vow to not feed on humans hangs on by the thinnest of threads. My breathing becomes labored as my muggy bedroom walls close in around me. I rock on the edge of my sweat-soaked bed—back and forth, back and forth…

Where’s Bumpy? That’s all I can think. The question repeats, over and over in my fevered head. My blood dealer, Bumpy, has been off the radar for three weeks, and my blood stock is depleted. Even the awful frozen stuff. I fear the authorities have apprehended him. Nothing else would keep that hustler from his grind, dealing blood from the stores of Charity Hospital. My efforts to find another source of blood have proven unsuccessful. It would have been a breeze in New Orleans, but straight-laced Dallas is another ballgame.

I sit and moan and rock and plead. I don’t want to feed on a human being. Not an innocent one at least, demurs the sly little blood fiend in my head. Outside, flashes of lightning join the approaching thunderstorm. The storm outside my window and the storm within me vie for supremacy as I spiral down into turbulent madness.

My inner struggle ends abruptly. Like a puppet on strings, I lurch to my feet. On their own, my feet move. Before I know it, I’m on the street, barefoot and shivering. From this point on, the world comes to me in flashes—slipping through the Deep Ellum district’s alleys like a panther’s shadow… the cry of a girl in trouble… her mad screams and the receding click of her heels as I fall upon her attacker like a ravenous beast.

When the world swims back into focus, I’m wiping blood from my lips, and standing over the remains of the would-be rapist. At least, I think he might have been a rapist. I need to believe he was a bad guy. It makes this easier.

I rip out his heart. Wouldn’t want this scum coming back as an undead, now would we?

With my hunger sated and my power returning, I make my way back toward home, keeping to shadows and dim alleyways. Lightning flashes, followed closely by the boom of thunder. The storm is almost upon me.

I soon come upon a boy rinsing an alley’s cobblestones with a water hose snaking out the back door of a restaurant. His eyes widen as he takes in my bloody visage. I turn on my vampire ability and glamor him. Now he sees a clean, well-dressed man before him. At my mental suggestion, he’s struck with the strongest urge to pee. He drops the hose and runs into the restaurant. I pick up the hose, but before I can rinse away some of the blood and gore covering me, the storm arrives with a vengeance. The clouds unleash a downpour of biblical proportions. It’s as if the gods have deemed it worthy to wash away my sins. I tilt my head back and open my arms, receiving their absolution. Once shorn of the detritus of my violence, I continue toward home.

How did I let myself get into this situation? I’ve made one terrible mistake after another. I blame my recent spate of poor decisions on the debilitating brain fog I’ve experienced for a couple of months now. All I can hear lately is the siren call of New Orleans’ magical soul, the Source, growing stronger by the day. It’s as if that old witch’s spell to help me resist the Source is wearing off. I shiver at the prospect. The only thing stronger than a vampire’s bloodlust is the call of the Source.

The decision to submit to its undeniable power and return to New Orleans hits me with brutal finality. It’s not my decision, it’s the Source’s. My feet quicken, leading me back to my apartment.

Despite its current squalid condition, I love this place. It’s been my fortress of solitude since I ran out of New Orleans some 40 years ago. Sequestered in its cozy confines, I’ve built a tidy fortune day-trading over those decades. Seldom do I venture from the safety of its walls. It’s been the perfect hermit hideaway. I’m going to miss it. New Orleans only holds danger for me.

I grab my go bag and hit the safe for my passport, cash, and other items I’ll need for my trip. As I survey the wreck of my apartment, I address an envelope to my housekeeper and slip a note and a thousand bucks into it. She’s still gonna be pissed, I muse, with a sardonic smirk.

As the entry door closes behind me, I say goodbye to my haven and à bientôt, see you soon, to New Orleans, where everyone wants me dead.