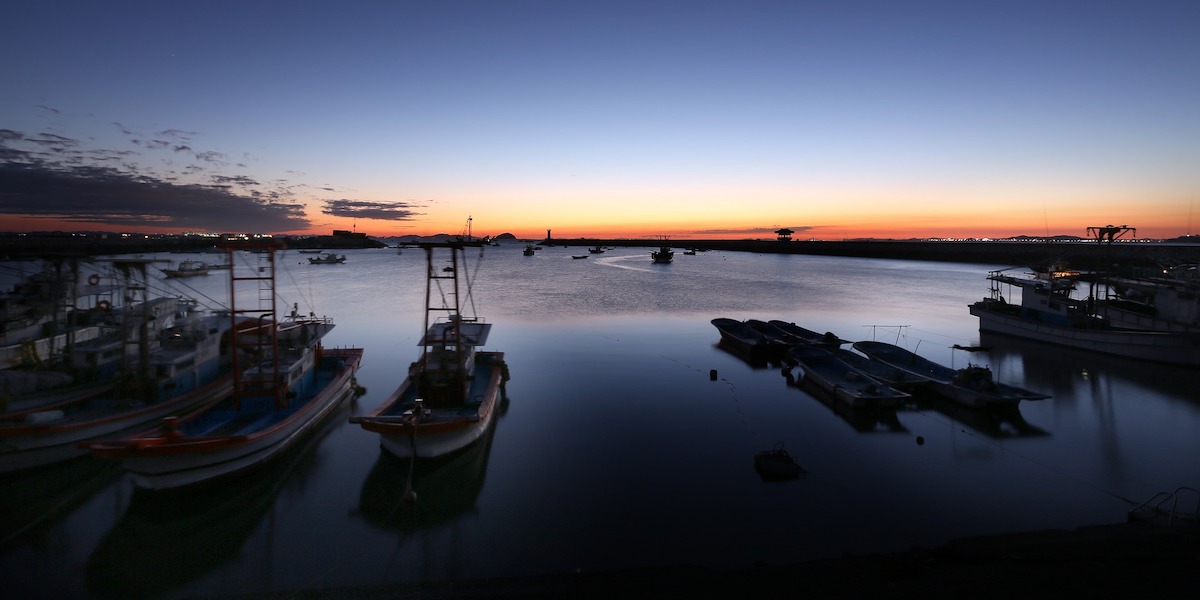 Aces had been busy the last few months, and I had not had a break. About a week after Mardi Gras, I had asked Tania for a few days off and she had agreed. I was not going to search for Estran. I just needed to be out on the water relaxing.

I had not seen Sani in a while. We were not a couple, but I wondered how he was doing with his shifting situation.

“I should probably text him,” I muttered to myself as I slipped the mooring line off the jetty and boarded the Tide. I pulled my phone out and sent a quick text over, hoping he was doing okay.

Hey, sorry I have been absent. Work has been crazy. With everything happening in the Gulf in the last year, Guardians has really stepped up their campaigning. And Aces has been terribly busy. Thankfully, I will be getting a few days off this week. I am taking the Tide out and anchoring somewhere far away from the coast. Let me know if you care to swing by.

After hitting send, I tucked my phone away and made my way up to steering. I turned on the inboard engine and guided my little boat out of the harbor and into the Gulf of Mexico. Once the breeze smelled right, I turned off the engine, let loose the sails, and cruised my way out into deeper water, enjoying being on the sea.

When I found a spot I liked, with no land or oil rigs in sight, I dropped the sails and then the anchor before diving in and shifting. I needed this—the freedom, the swim, the hunt. I got lost in my shark, and I do not know how much time passed. I surrendered myself to the animal’s instincts and let loose. There was something freeing about it. Maybe Sani was right.

When I returned to the Tide, I collapsed on my bed, utterly exhausted. I should have known the dream would return. It had been too quiet in my mind recently. But when I heard that murmur in the depth of my soul, I was glad.

“Mmmm, drop into your pose,” John’s voice crooned in the trance of my dreams. I dropped into the lotus position and lowered my head. “Good slave, and greetings.”

“Let me tell you how pleased I am with your service to me so far.” I had only done a couple of jobs for him, but I looked up with what I hoped was anticipation in my eyes. “You have pleased me, but I can’t help but wonder what you are doing with a skinwalker? Such a low base creature.”

I beamed for a moment, feeling pride in my service, but then pouted. “He… he brings me joy and a little darkness, Master. He is helping me embrace my animal side in a way I have denied for years. And I am helping him too.”

“Embracing your animal side? Oh, how very interesting.” The evil smile that crept onto his face sent shivers down my ethereal spine. “Yes, I see how this could be to my advantage.”

“Master?” I asked softly, worried that he would have me harm Sani. In a battle with Sani, I knew the skinwalker would win.

“Why, if you embrace your animal side, you would be stronger and faster in your were form as you do my bidding,” he explained.

I breathed a sigh of relief. “Oh, yes, Master, I would assume so.”

“Well then, you must let that skinwalker help you. But just remember who you really belong to.” The caution at the end made me gasp and lower my head once more.

“Yes, Master, I remember. At least, at this moment, I do. However, I think I am beginning to suspect that my soul is bound to you while in my waking form.” It was true. With every task, I remembered nothing but felt the same loss of time as when I went to make the deal. The coincidences were beginning to scare me.

“Yes, such deep entrancement leads to that, but I have not pushed it over that edge yet.”

I nodded, looking up. “Does my Master require anything else from me?”

“Maybe one of those belly dances.” Now, how did he know that? The scene shifted from the blank trance state to Aces. I was on stage, and John was seated in the front row.

“I do not have the proper clothing for that,” I replied with a deep blush, “but if that is my Master’s desire…”

“It is, and you will roll up your shirt to show off your belly, my little barefoot slave,” he commanded.

“Yes, Master.” I rose from my position and rolled up my shirt, tying it off on one side. I raised my hands into the starting position, holding for a moment before I began to move.

A smile crept across my face as I continued the dance, moving to a beat he could not hear but that changed pace frequently. John smiled widely as he watched every movement. He crooked a finger at me, beckoning me closer. I slowed my dance, moving toward him, my eyes never leaving his. He held my gaze. How he kept it, I did not know, but there were magnets in his eyes that just kept pulling me in. My body was a wave on the sea, with slow sensuous motions.

John stood up and appeared on the stage beside me before pulling me into his arms, wrapping them around my waist and swaying with me expertly.

I gasped at the cool touch of his hands on my skin, unsure how he had physical form when he was only a spectral figure, but I moved in his arms like I was built for this.

“My barefoot slave and property. I have such plans formulating for you.” He smiled wickedly as he spoke, and I was instantly reminded of what he was. “You may stop dancing and pay attention to my words now.”

“You do?” I asked, gazing up at him before slowly stopping, a sway still present in my hips.

“Yes, little slave. You are going to free me from my corner of hell. We already got the ruby I needed from LaCroix.”

“Free you?” For some reason, this terrified me. “What more do you need?” I asked him cautiously.

“At least a dozen or so more items, and you will get them all, my slave,” he replied, a sardonic smile on his face.

I dropped into a deep curtsy. “Of course, Master, anything to bring your goal to fruition. But why do you seek this?”

“Drop into your pose and hush about the why. The why does not concern the slave. You will learn the why later. Now drop.” I could not mistake the command in his voice, and I was compelled to obey. I dropped back down into the lotus post and lowered my head.

“Good slave. Now listen closely. There is a mermaid named Moriah who wears a pearl ’round her neck. We need it to help with the spell. You will get it for me.”

“A mermaid? Do you know where she resides?” John paused for a moment. “Just, I do have certain physical limitations on where I can swim, Master.” It would do no good if this was an arctic mermaid or one from the deep waters.

John pulled out the ruby I had retrieved for him and whispered into it. I never heard the words, but it glowed a bright red when he finished. He placed it around my neck, and I smiled brightly. “This will glow when you are near the pearl. Lure her to the surface if you must.”

I nodded again. “As you desire, Master. It shall be done.”

“Good slave.” With that, the demon disappeared, and I slipped back into unconsciousness.