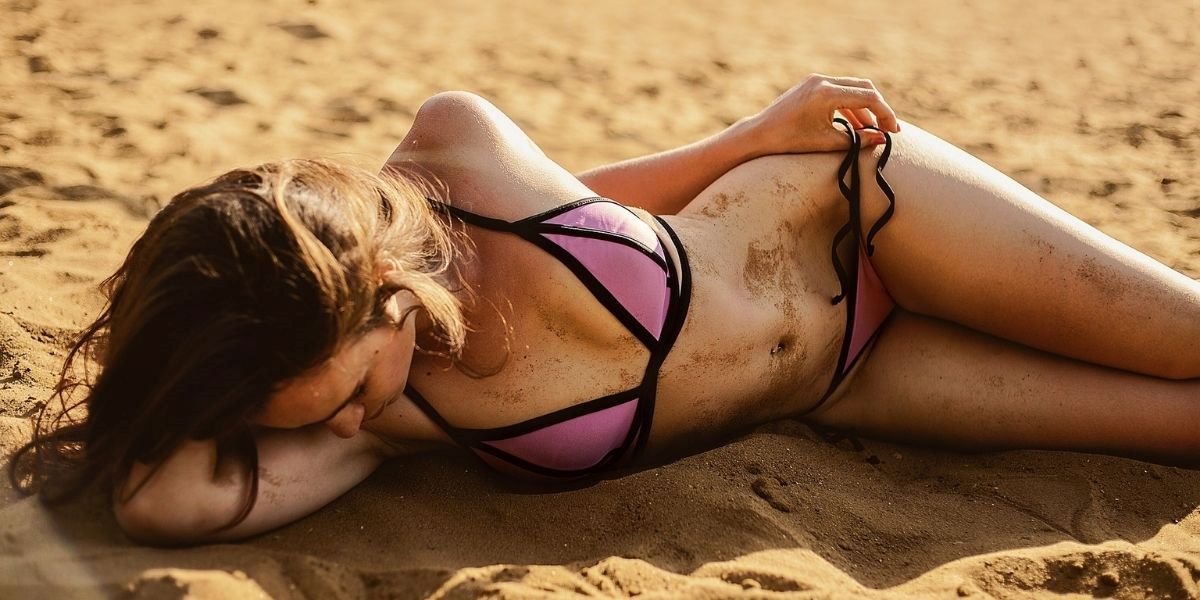 Nights on New Orleans’ waters could get cold sometimes, especially as autumn began creeping in. A month after my impromptu trip to Gulf Port was not one of those nights, or maybe it was, but all I remembered was waking up in a cold sweat.

“No!” I sat bolt upright, clinging to my sheets and panting. I pulled out my phone and dialled Gideon. “Gid, I am sorry. Can you come over? I…I need to talk.”

I heard his disgruntled grunt of assent before the line went dead. I hoped he had not fallen back to sleep, but half an hour later, there was a light rap on my door and Gideon’s face poked in. “What’s wrong, Val? You haven’t called in the middle of the night in years.”

He wrapped me in his arms, letting me curl into him like I used to. “I do not know. The dream I had was so real. I could almost feel it.”

“Tell me about it,” he said as I laid my head on his chest.

I took a deep breath and closed my eyes. “It was from when I was in Gulf Port—”

“That rando who laid beside you?”

I smacked his chest lightly. “If you interrupt, I will not tell you.”

He murmured his apologies, and I continued. “It was weird. Even now, I cannot quite remember what he looked like. I could not tell you what colour his eyes or hair were, the breadth of his shoulders, or the lines of his abdomen. Just that in my eyes, he was physical perfection.” Gideon nodded, and I closed my eyes again.

The beach was warm under my skin. The sun was high, and it felt like I was on vacation just lying here enjoying it. I had to keep a low profile in New Orleans for a few days while the crew from that trawler were out looking for me. And what better way to do that than to not be in town at all? I closed my eyes, letting the sun wash over me until I felt the slight chill of shade. Knowing that I was not under any trees, I cracked an eye open to look at who was blocking my sunlight and saw the most handsome man I had ever seen in my life. Yes, more attractive than Valen, or Gideon, or the supernaturals who came through Aces every so often. This man topped them, hands down.

Once my eyes were open, he laid down with a few inches between us and just stared at me. I could not speak. I did not know if I wanted to. I thought maybe this was a dream, some small desire made manifest through my subconscious, but I could feel the electromagnetic field radiating off him, like a living being, and I knew he was real. My dreams did not come with EMF. As I looked back over at him, I felt a wave of desire rush over me. It was subtle, something I had almost forgotten, but it was there as a persistent feeling of warmth coursing through my body.

I looked over at the man, wondering if it was him. I opened my mouth to speak, but he placed a finger on my lips and hushed me. The warmth I felt spread rapidly through my body, and I felt a break in the wall. The one I had built around myself, the one preventing me from being physical. Why? Who was this man, and why was he doing this? He winked at me slowly, and I realized I had fallen asleep.

“Valeria, wake up,” a soft voice whispered to me. I could still feel the heat of the sand under me, so I knew I had not moved. I opened my eyes to see a tall, broad-chested man sitting beside me. I could sense nothing from him. This was a dream. I knew it. I was lucid dreaming, but I could not wake up. “Ah, there you are, love.”

I rolled over and smiled. “I am where I have always been, right here.”

“I know, but I thought I lost you there for a moment. Your sleep was so peaceful.” I just smiled and rolled onto him. Wait, what was I doing? I could not have sex. I did not know this man. And yet, something told me I did. Dark blonde, almost brown hair, crystalline blue eyes, and lips… oh, those lips were the most kissable things I had ever seen. Clearly, I loved him… or at least knew him. This was okay. She could have sex with him. It was nothing she had not done before, nothing she would not repeatedly do.

When did I refer to my dream self as “she”? We were the same, were we not? What she could do, I could do. I could do this, but that was not where the dream went. Instead, the man pulled me up into a sitting position, walked me back to the Spring Tide and took me out for food. It was bizarre and romantic, but I could feel the real me, the one sleeping on the beach, healing. I was not sure why or for what.

We spent the evening that way, just having a romantic date, and I could feel the sexual tension building within for this fictional man of my imagination. Gods, why could he not be real?

“I remember waking shortly after this, being back on the beach, the stranger a ghost in the mist over the sea. There was a sad smile on his face, yet it felt like he was trying to tell me something, something important,” I said, finishing my tale.

Gideon just nodded. “So, why then did you wake up screaming?”

“Because, the stranger, I could feel his malice, yet he meant me no harm. Trust me, I ran to the nearest police station and filled out a Kit. Just to be safe. Nothing.” I shook. “Whoever he was, he wanted me whole, healed… able to love again properly. But for what, I cannot fathom. This is why I have not been sleeping, why I have been taking more shifts at Aces. What if he is an agent of Estran’s?”

Gideon kissed the top of my head and sighed. “Those are some honest fears, Val, but I think whatever the reason, this is a good thing.” I nodded slightly, knowing he was right. “Take it as a win. Yes, the stranger was creepy, and yes, you dreamed of the perfect man.” I could hear the pain in his voice, “and I’m sorry that it was all a dream. Remember, you have friends and family who love you. Valen is waiting for you, too. Think of him when you worry about your healing because I know when you two finally get married, you are going to want to be as physical as you can with him.” I giggled slightly. “I mean it. From what you’ve described, he’s handsome, and I know you have a weakness for handsome men.”

I smacked his chest again and laughed. “I do not.”

“Lies. You fell for me, and clearly, I am the most handsome man in the world!” I knew what he was doing, and it was working.

“Thank you, Gid. You always know how to cheer me up.” My best friend in the world laughed and held me tightly. “Do you really think I can go back to the life I had before?”

“No, sorry, Val. But you’re engaged. That puts a damper on people wanting to be with you.” I laughed a little. “Or did you mean the capability to, for when you get there with Valen?”

“Yes, that. I do not expect suitors to come banging down my door or show up at the club and want to bang me.” I could not help but laugh. The thought of anyone wanting that kind of relationship with me now was absurd. I got my clients for two reasons: one, I was an excellent dancer, and two, some men liked broken women.

“Oh, Val… if only you knew.” Gideon shook his head and rolled off the bed. “Will you be alright the rest of the night? I have some things to take care of this weekend with Laura, and I don’t want to be dragging my feet.”

I stood up and hugged him tightly. “Yes, thanks, Gid. Say hi to her for me and let her know I will swing by sometime for tea. I have missed her.”

“She’s missed you too. Cecelia was her friend too.” I nodded and prodded him out of the cabin. “Alright, alright. We’ll talk tomorrow, maybe take a day off from the club?”

“We will see, now go.” I heard Gideon laugh his way off my boat, and I curled up in bed. Take a day off from Aces? Not bloody likely. I needed to find Estran sooner rather than later.