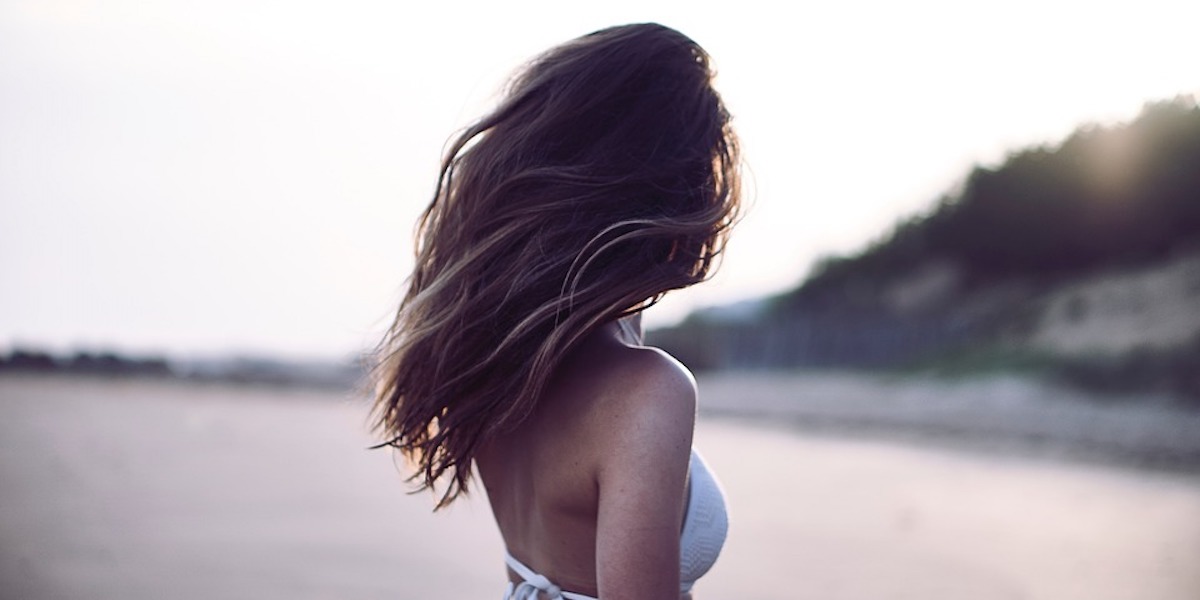 Swimming to Get Clean

The radio blared, waking me instantly. I rolled over slightly. Last night at work was interesting. Sani… He definitely made an impression on me, and I had to admit, I wanted more. At least I wanted to get to know him better. I caught my thoughts straying to a more lascivious nature. I could not go there, and yet, I have felt for a while that something within me was changing, opening back up. Maybe I could test the waters with him, see what I could and could not do.

“In a change of pace from the normal animal attacks in the city,” my ears perked up at the radio again, “apparently New Orleans residents have grizzly bears to worry about. A trail of bodies led out to the bayou, all mauled ferociously by a grizzly bear. Scientists are attempting to determine if this was a random pack or a single animal escaped from a farm.”

My stomach churned suddenly with the voice of a shapeshifter blaring in my head. “In fact, when you can become any animal, their instincts become your first nature.” I sprang out of bed and threw myself into the head, throwing up what was left of the food in my stomach. Sani had gone on a murder spree after he left, and here I was, thinking about wanting him.

When I finally stopped retching, I made my way groggily up to the deck and slowly, carefully, unmoored the lines. I sent a quick text to Gideon, telling him I was going diving and would be in as soon as possible. Diving was a stupid code word in case someone nearby happened to be listening in on our conversation or saw one of Gideon’s texts. It was not wrong, just incomplete. I even had the PADI dive flag for occasions where I brought the Tide out on my own and went out for a swim. I rarely feared pirates and thieves, as I had my hidden cove I could anchor in for as long as I needed.

The rays of the sun glinted off the deck, and I grabbed my shades. Once I could see clearly, I turned over the engine and guided the Spring Tide out of the harbour. My stomach was still writhing just thinking about what had happened. God, I hope I had not inspired that. I made decent time to the cove, ran up my diver’s flag, and dove into the crystal blue water. No sooner had my body submerged when a thresher shark took off diving into the depths. I had to find them, the remora. I needed them to scrub me clean. I felt filthy, in a way I had not in years. I knew I did not have a reason to feel this way, and yet… The yearning I had for Sani, the pulse of desire that flashed through me when I accidentally sat on him, had me craving more.

I spotted a small school of the little fish and smiled inwardly. I approached them cautiously and watched as two came over to me. I shook my pectoral fins at them, and they latched on. Remora did not actually clean the shark’s denticles like a scrub brush. They ate the small bits of food leftover from our hunts and prevented gunk build-up on our denticles and in our gills. I normally avoided collecting remora. They did not understand when I shifted back to human form. But today, I felt the need to gorge. Maybe it was because I had recently emptied my stomach. Perhaps it was because hearing about someone else hunting ignited the primal need within me, but it was there.

Though, unlike Sani, I would never hunt humans, not for food, anyway. For revenge, absolutely. Estran’s peon was a testament to my dark side. I knew what Sani struggled with, but unlike him, I denied that darker aspect. I willed myself towards the light, and yet, I had been finding it easier and easier to walk into darkness. I attempted to make a crossroads deal. Thankfully, that did not work, but still. There I was, plunging myself into the darkness. Was I really so different from Sani?

A school of bluefish caught my attention, and I turned away from my inner thoughts and took off, chasing them down. A few, I stunned with my tail, the whip cracking in the sea with as much force as it would have in the air. These were easy prey. But I did not want easy prey. After a while, and further into the Gulf, there was a school of tuna. Perfect. The adults I could never take down on my own, but the juveniles? Those I could handle just fine. My prey knew I was there, and the hunt began. It took me what felt like an hour to catch my dinner, and when I did, the resulting burst of joy reminded me of what Sani must have been feeling last night. I nearly spat my meal out, but I thanked the gods of the sea for this meal and ate the tuna quickly before heading back to the Tide.

Once back on deck, I peeled the last remora off my forearm and sent a text to Gideon, telling him I was on my way back in and would be to work in about an hour and a half. Then I sent a text to Sani. I know. Please do not contact me, not yet. I will when I am ready. I pulled the dive flag down and made my way back to New Orleans, changing into my more businessy clothing while I had the sails steady for a moment. My walk to Ocean Guardian was troubled. I was looking around corners trying to locate the sites of the bear attacks, but I was nowhere near Aces or the bayou. I could see nothing from here.

“Val!” Gideon’s voice rang out, clearing my head as I entered Ocean Guardian. “Did you hear about the attacks last night?” I nodded, trying not to throw up again. I could not help that even with this line of murder Sani had committed, I still… I smacked my cheeks, bringing myself off that train of thought, and Gideon just stared. He dropped his voice and leaned in. “Was it Estran? Or one of his?”

I sighed softly. “Estran, no. One of his minions? That has yet to be determined.”

The look Gid shot me had me worried. “What do you mean, yet to be determined?” I winced a little. “Do you know him?”

Gideon guided me to his office and shut the door. “If you know something about the murders, you have to go to the police.”

“And what will that accomplish? It was a bear,” I sighed softly, “and a man.”

“I can not tell you more than that, Gideon. He trusted me with his secret, and even if I were to turn him in, he could just escape.” Why was I protecting Sani? It still made me sick to think about all the innocent lives he had taken, so why did I not just turn him in?

Because you idiot, my inner voice spoke up, you have newly sprouted feelings for him. I tried to shush the shark away, I normally could, but she was persistent. Ever since that day in Gulf Port, your body has been healing, reawakening. Sani is good for you, and you for him. Without this healing, you will never be with anyone else. I shuddered and shook my head. It was rare that I warred with myself in front of Gideon, but out of everyone I knew, he was the only one I felt safe with.

“What does that matter? We both know it will not happen!” Gideon just looked at me and realized what was going on. Weresharks are like wolves. They mate for life. If Valen has chosen you as his, you ARE his. It does not matter who else you or he screws. Your hearts will always find their way back to each other, and Sani will understand that better than almost anyone else. You need to help him, and he needs to help you.

I shook, and Gideon wrapped his arms around me. “Val, you’re killing yourself slowly, you know that, right?” His cheek rested on my forehead, and I nodded. “You’re denying who and what you are, and that is dangerous. Let yourself live, have fun, and for the love of God, be free.”

Who knew I had this much turmoil built up behind the walls I erected around myself? Apparently, Gideon did, but he always knew when something was wrong with me. “Thank you, Gid. Now, let us get to work.” I had to dig deep into work to keep my mind from straying back to Sani, our conversations last night, and the heat I felt. Why could I not shake that? My inner shark kept trying to tell me, but I did not want to listen. Sure, my body and heart may heal. Whatever that being did to me in Gulf Port, whatever blessing he placed upon me, was opening me back up. But I could not take that step, could I? Certainly not with a murderer.

Ah, but Val, you murdered someone too, I reminded myself. I took pleasure in that hunt, letting his blood rest on my lips long enough to keep his scent. I tracked him through the maze of streets that made New Orleans before finally cornering him. I relished the exhilaration of torturing him, watching his life bleed out through the wound at his groin. Then, I finally felt his last breath, even though I was not in the room with him. It was almost orgiastic when I bit it off, not because of what appendage it was, but because I was hurting someone, hurting the one who hurt Cecelia.

If I was honest with myself, Sani was probably the better person out of the two of us. He at least stayed true to his urges, to his nature. I pushed mine aside. I hid behind the light. I wanted to be good when I knew deep down I never was.