From In the Crescent
Jump to navigation Jump to search 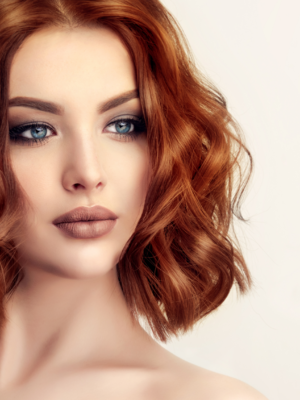 Siblings. None known, though her father sowed a lot of wild oats.

Owner of Storyville Booktraders, rents rooms for long-term stays. She has a side business doing research and detective work for established clients who need to keep things quiet.

Maggie was gifted the building from her mother, who inherited it from her mother. At one time, it was an unregistered brothel. Today, the first floor serves as a bookstore, the second floor is used to rent out rooms for long-term stays, and Maggie lives on the third floor.

Maggie is an empath with weak defenses caused by her polluted bloodline from her human father. Her moods can be volatile when first meeting new people, and it can be difficult for her to untangle their emotions from hers. This makes her both a loner and lonely, aching for interaction that she can barely tolerate.

Metal allergies cause burns and welts to form when she touches iron and nickel unprotected.

Immortality. is technically immortal. Immune to the effects of aging, cannot die by any conventional means, and is immune to all known mortal diseases and infections.

Empath. Maggie is an empath and can scan others to know their feelings and intentions. This comes in handy when dealing with underworld characters who often cross her path.

Photokinesis. She is able to draw on ambient light sources to create light orbs. These are useful for lighting her way in dark places and can be used for protection when concentrated.

She can read in any language, or more accurately, written words appear to her in her native American English.

Normal Daily Wear. Dresses or tailored pants and blouse, often with a 40s feel, one of her favorite eras.

As the Keeper, she is charged with curating and maintaining a vast library of old books, journals, grimoires and more. Some are magickal in nature.

Discreet would best describe the O’Clery women. One might say that it is an occupational necessity. As Keepers, our charge over the centuries has been the safe-keeping of historical records. These aren’t your run-of-the-mill history books, however. No, within the fortified walls of our athenaeum, we source, collect, catalogue, and maintain tomes, journals, grimoires, and scrolls containing the arcane. Most of these preserve esoteric and hidden knowledge not meant for public consumption. Few are allowed access to the vast stores of information we keep — only those who are meant to know what is written on those dusty, time-weathered pages. It is my job to discern who is meant to know.

But, being glorified librarians doesn’t pay enough to keep body and soul together, so we’ve had to find other means to keep a roof over our heads. I did it by opening a bookshop at the front of our family home and renting out spare rooms. And there are plenty of extra rooms.

Pearl, my grandmother, found other means to put food on the table. She and “her girls” entertained gentleman callers. Discreetly. So, whether they came to our door in search of information or companionship, the elite of the city and even law enforcement knew they could find both in our Irish Channel abode. For a price.

It was a profitable enterprise, too. That is until 1917, when the Secretary of the Navy decreed that the armed forces shouldn’t be exposed to the type of vice offered down along Basin Street. Though we were Upriver and didn’t entertain military men at our establishment, the crackdown was total. The city council feared losing the substantial income from the military, so we were all shut down. Officially. There were still regular clients, some of them were members of the very city council that shut it all down, but business slowed to a trickle.

That’s when Pearl did the unthinkable. She turned everything over to my mother and disappeared for a while. They eventually found her and the stash of books she took with her. But by then, Mairead, my mother, was the appointed Keeper, a role she didn’t relish. When Mairead followed in Pearl’s footsteps by suddenly taking off to parts unknown along with a sizable horde of priceless books, the house and duty fell to me. Not because I was their first choice, but their only choice. The gifts needed ran in the O’Clery bloodline, and even though my fae blood was considered polluted from my human father, it was still pure enough to do the job. They will find Mairead one day, and they will bring her back. I don’t know if she will suffer the same fate that befell Pearl, though. She is the last with pure blood, as far as anyone knows. Until then, I am the Keeper.